Another New Wrinkle For Bubble Rock in Fantasy 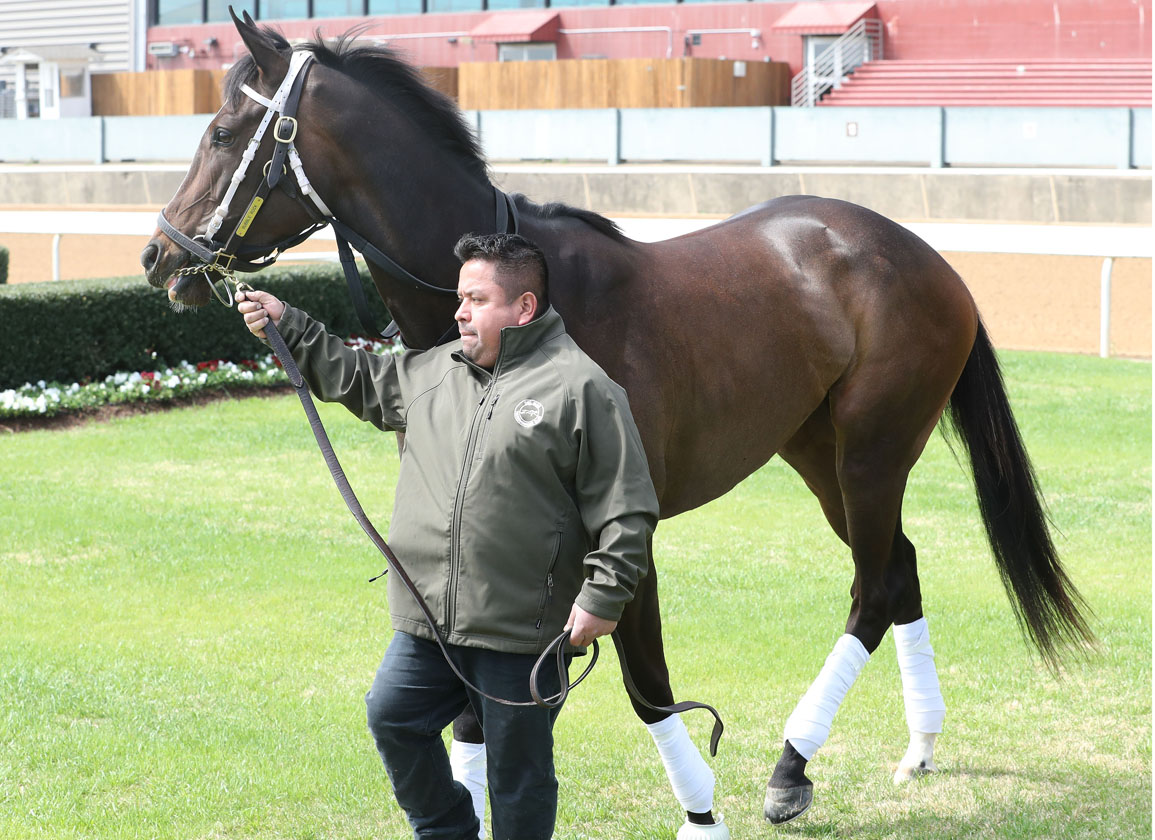 Having already displayed considerable versatility in her young career, Shortleaf Stable homebred Bubble Rock (More Than Ready) faces yet another test as one of the expected market leaders in Saturday's GIII Fantasy S. at Oaklawn, a race with an open feel owing to the absence of Secret Oath (Arrogate) and the early scratching of morning-line favorite Eda (Munnings).

After posting a pair of visually impressive victories over turf sprint trips–including the GIII Matron S. at Belmont–Bubble Rock was asked to stretch out to two turns for the GI Breeders' Cup Juvenile Fillies Turf instead of the GII Juvenile Turf Sprint, and though she beat only two rivals home in 12th, closed off decently to finish just 4 1/2 lengths adrift of Pizza Bianca (Fastnet Rock {Aus}). Second to a race-fit and in-form Marissa's Lady (Violence) in the Feb. 12 Valdale S. sprinting over the Turfway synthetic, she most recently turned the tables on that one with a 2 1/2-length success in the one-mile Cincinnati Trophy S. Mar. 5. Marissa's Lady returned to annex the Serena's Song S. last Saturday.

The new frontier in the Fantasy is the dirt, but she is bred nicely for it, as she is out of a daughter of GII Demoiselle S. victress Dixie City (Dixie Union), the dam of Korean star and GI Breeders' Cup Dirt Mile third Blue Chipper (Tiznow). Former 'TDN Rising Star' and current Lane's End stallion Unified (Candy Ride {Arg}) is further down the page.

Yuugiri (Shackleford) has yet to finish outside the top three in four trips to the post. A 7 1/4-length maiden winner on Churchill debut Sept. 17, the homebred filly was runner-up in the Rags To Riches S. Oct. 31 and to Dream Lith (Medaglia d'Oro) in the GII Golden Rod S. Nov. 27. She has one run under her belt this term, a useful third to Secret Oath in the Feb. 26 GIII Honeybee S.

Dream Lith also makes her second start of the season here and will look to improve off a mostly even sixth in the GII Rachel Alexandra S. at the Fair Grounds Feb. 19. She has turned in three very strong works over the local main track since for trainer Robertino Diodoro.