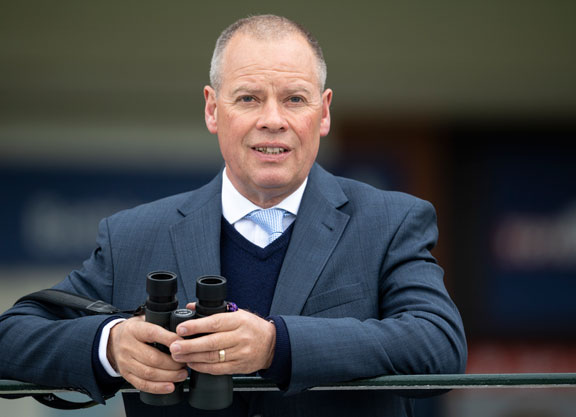 Clive Cox is hoping Harry Angel (Ire) (Dark Angel {Ire}) will break his Ascot hoodoo when he lines up in the G1 Diamond Jubilee S. at the Royal meeting next week. The 4-year-old has only been beaten four times in his career but each of those defeats have come at Ascot including when he finished second to Caravaggio (Scat Daddy) in the G1 Commonwealth Cup twelve months ago. “I don't particularly lose any sleep that he has not got his head in front there, I think it's more coincidence rather than a serious problem,” Cox said. “I think his defeats have been a matter of circumstances, whether it be the ground or the way the race has panned out.”

The Godolphin owned colt had a brilliant 2017 when winning both the G1 Darley July Cup and the G1 32Red Sprint Cup S. at Haydock and he showed he may have improved even more from three to four when carrying a penalty to victory in the G2 Duke Of York Clipper S. at York last month. “I'm very pleased with the way he has come back from York and I could not be more delighted with him, especially as he doesn't have a penalty at Ascot. Physically he has done really well from three to four and I think mentally he has moved forward as well. If we can keep him in a good frame of mind we are hoping for a big run,” Cox added.