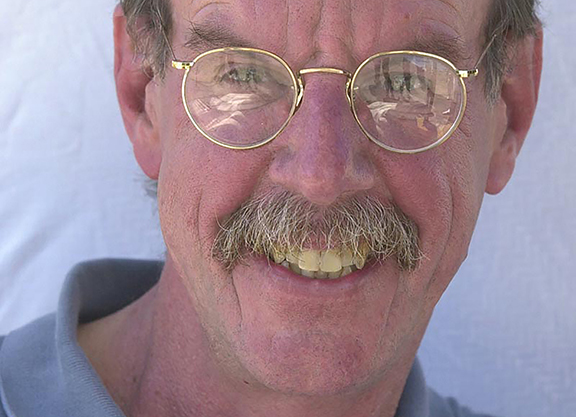 As the Breeders’ Cup draws nearer, legendary author, columnist, figuremaker and handicapper Andy Beyer joined the TDN Writers’ Room presented by Keeneland this week. Calling in via Zoom as the Green Group Guest of the Week, Beyer discussed the future of playing the horses, what his action looks like these days and the evolution of speed figures over the years.

Asked about his early Breeders’ Cup opinions, Beyer understandably said he’s against the strong on hype, weak on numbers Princess Noor (Not This Time), who figures to be among the favorites in the Juvenile Fillies.

“The commentators on TV were just riding the Beyer Speed Figures, like, ‘How can this great horse only be getting figures in the 70’s?'” he said. “Todd Schrupp on TVG mentioned her in the same breath with Ruffian, which to me is sacrilege. But the fact is when I look at all of her races, the figures are solid as a rock. When she won her last race [the Chandelier] at Santa Anita, there was a really weak group of male 2-year-olds [in that day’s GI American Pharoah S.] going the same distance. You have a direct line of comparison and her time was just very mediocre, as with her other races, so I always believed in standing by right figures when I can and I’ll be betting against her in the Breeders’ Cup.”

On how his betting habits compare to a younger version of himself, Beyer said, “I bet much less. When I developed the figures I was just about the only person who had speed figures. I had as great an edge as a gambler could want from the mid-70s to the mid-90s. Now that speed figures are common currency and everybody has access to them, I don’t have that. I made hay while the sun shined, in those golden years. Plus there are elements of the modern game that I just don’t like. At the top of the list is the Rainbow 6 and those other copycat jackpot bets. There was nothing that got my juices flowing like a big carryover in a traditional Pick 6. But the jackpot bets are, to me, a sucker bet to fleece the average player. So I’m down on that.”

A longtime critic of drugs in racing and the lax regulatory approach that allows cheaters to prosper, Beyer admitted that he didn’t realize the depths of the alleged criminality that were revealed in this March’s FBI indictments of Jason Servis and Jorge Navarro.

“In all the years that I would write about super-trainers and guys whose performance seemed to defy logic, I had the notion that, the industry is just looking the other way, stewards aren’t cracking down,” he said. “We learned from the case earlier this year that it’s not as simple as that. This was a major criminal conspiracy, with people manufacturing sophisticated drugs, hiding the presence of those drugs in a sophisticated way. It took a year-long investigation by the FBI with wiretaps to nail the cheaters. This was not just a sneaky trainer and a sneaky vet, it was something that needed a major law enforcement effort. So I think the only answer to this problem is to bring in high-powered investigators. Within the industry itself, it wasn’t negligence, we just didn’t have the tools to keep the cheaters at bay.”

Elsewhere on the show, in the West Point Thoroughbreds news segment, the writers discussed the recent string of medication positives coming out of the Bob Baffert barn and what they mean, then gave their first-blush impressions of the Breeders’ Cup pre-entries. Click here to watch the podcast; click here for the audio-only version.