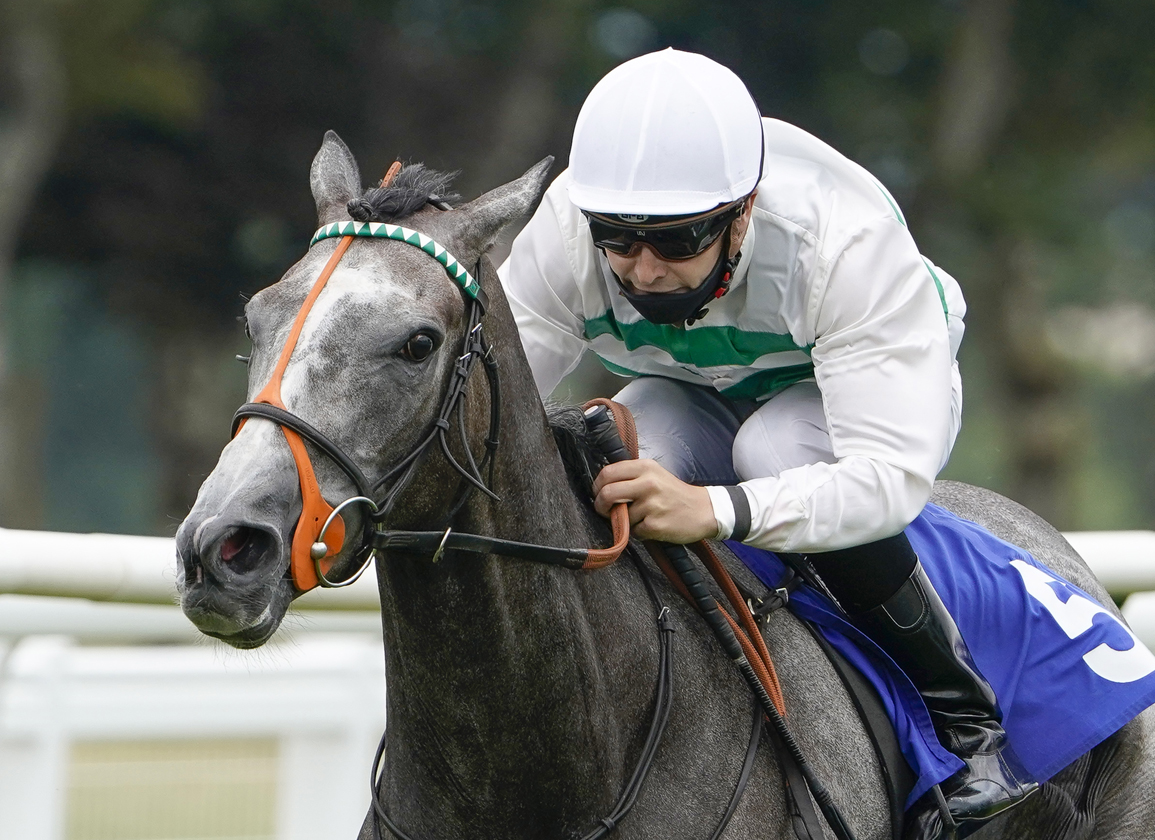 Multiple Group 1 winner Alpinista (GB) (Frankel {GB}) will remain in training next year and her trainer Sir Mark Prescott has decided to aim the grey at the G1 Qatar Prix de l'Arc de Triomphe. The Kirsten Rausing-owned filly defeated subsequent Arc hero Torquator Tasso (Ger) (Adlerflug {Ger}) in Hoppegarten's G1 Grosser Preis von Berlin in August. She then doubled up at that level in the G1 Preis von Europa at Cologne on Sept. 26. All being well, the filly could also take in November's G1 Grosser Preis von Bayern in the short term.

“She's fine, and the form was greatly enhanced on Sunday,” said Prescott. “The form had looked good before–because after she won, the Arc winner went on and won his Group 1, and the Godolphin horse [Walton Street (GB) (Cape Cross {Ire}), third at Hoppegarten] won the [GI] Canadian International.

“It was clear the form was probably better than we thought, pretty soon after the race, so it was very rewarding to see him run so well. If she's all right we've always intended to run her in the G1 Grosser Preis Von Bayern at Munich on Nov. 7.

“If she's not–because it's late in the year for a filly–if she gave us signs she wasn't at her best, then that would do and next year we would try to train her towards the Arc de Triomphe if we could.

“She definitely stays in training. Miss Kirsten Rausing is very fortunate, because she has got so many of the family at stud. While this one is capable of adding lustre to the family, it is better off winning races, and the others can get on with the breeding.”