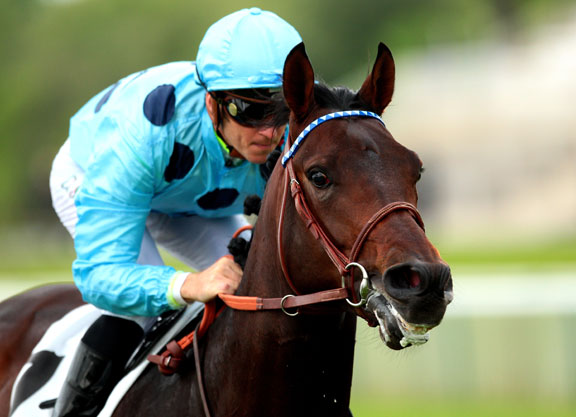 Trainer Jean-Claude Rouget told Jour de Galop on Wednesday that the horses under his care hit by an outbreak of Equine Herpesvirus are overall much improved. He also issued an update on last year's Cartier 3-year-old champion Almanzor (Fr) (Wootton Bassett {GB}), saying the three-time Group 1 winner came through the nightmare situation with just a fever.

France Galop issued a statement over the weekend confirming that a barn of 57 colts in Pau had been quarantined due to an EHV-1 outbreak with Rouget, the biggest trainer in that area, confirming the barn was one of his. Two horses were euthanized as a result of contracting the neurological disease, with others displaying nervous symptoms of varying severity. Rouget told JDG that all bar eight of the affected horses had returned to under-track training by Wednesday.

“The other eight are still a little weak to be ridden, but I hope that they will be by the end of the week,” he said. “I think that I can say that everything is going well now, despite everything. Almanzor, who is in this barn, was not seriously affected. He simply had a fever. That said, I do not have any indication of when the horses will be able to run, at what level, or in what form.”

“We will undertake research to better understand this, notably autopsying one of the dead horses, but I don't think we will learn more than what we know already, which is that they were affected by the nervous form of the Equine Herpesvirus, for which the vaccine is not effective,” Rouget added. “I know that 42 horses were affected by the same virus in Louisiana [earlier this year], and two of them died. I also remember that there was a case in 1994 at Cagnes and I lost a horse myself.”

France-Galop over the weekend detailed its strict regulations to contain the virus to the affected barn. The healthy horses from the barn are only permitted to train in certain areas apart from other outfits, with no runners allowed from the barn. Horses from other barns at Pau are permitted to train normally, and to ship to race at a track must have shown no signs of fever within 15 days.