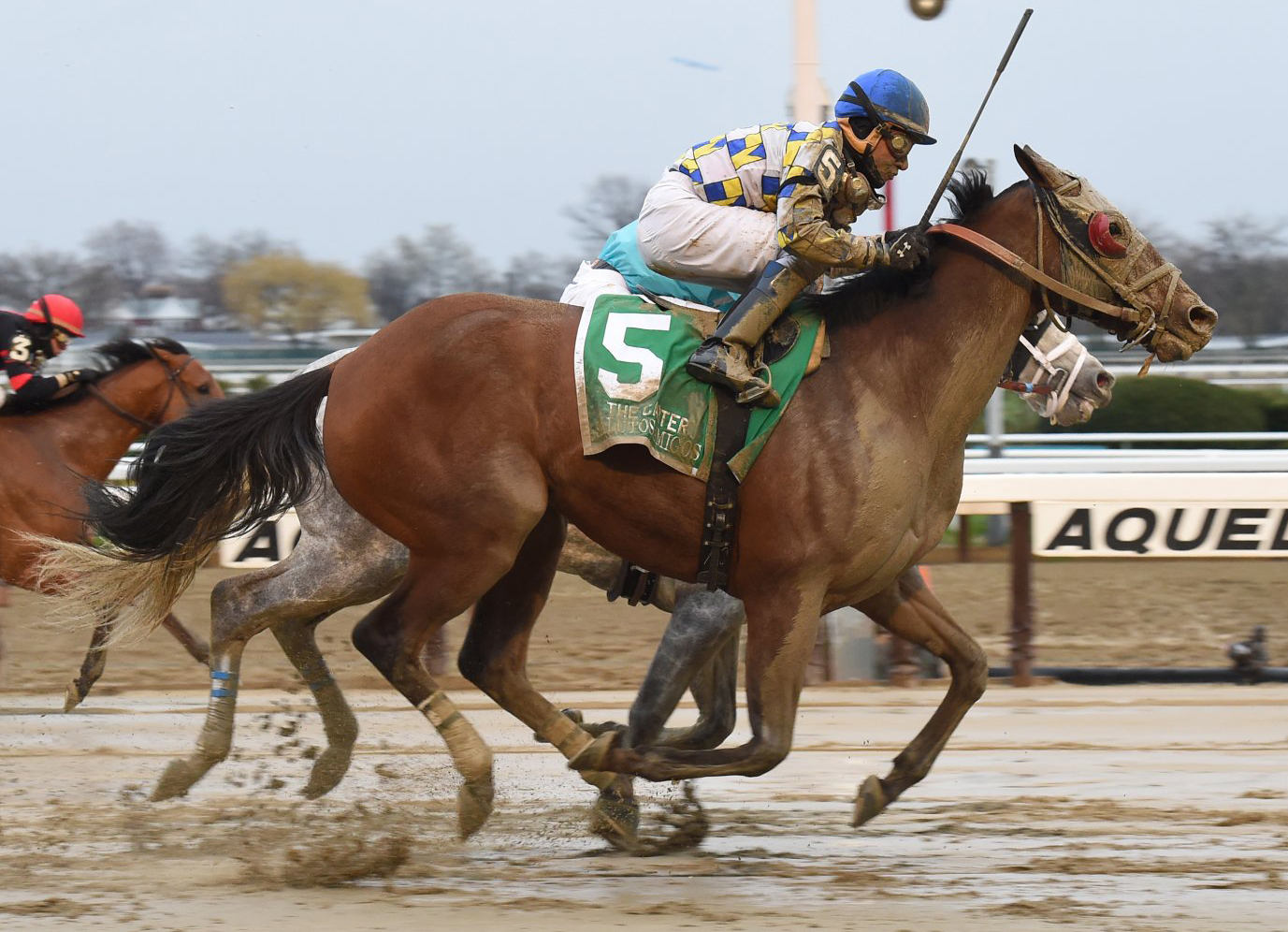 Backed accordingly as the chalk, last term’s narrow GI Vosburgh S. runner-up bided his time while last of eight through fractions of :22.36 and :45.06 over the muddy, sealed going. With regular pilot Cornelio Velasquez in the irons, he began to wind up as they straightened for home, was swung out to the center of the track into the stretch and outkicked California invader Calculator home despite that one’s late drifting to eke out a narrow win. Two-time Carter winner Dads Caps ran well for third after leading in deep stretch.

“Even though he is a gelding, he deserves a Grade I under his belt,” winning trainer and co-owner David Jacobson said. “I don’t think we got the best trip. He’s such a good horse. I think he overcame going wide, getting bumped. Usually, he breaks a little better–he’s the first one out of the gate, and then we drop him back. So, I was concerned for about a minute eight or nine seconds. It’s all heart with him. And [runner-up] Calculator is a real horse.”

Fifth in the GI Breeders’ Cup Sprint at Keeneland Oct. 31, the bay ran well in defeat in a pair of close second-place finishes at Santa Anita in the GIII Midnight Lute S. Jan. 2 and GII Palos Verdes S. Feb. 7. He is now seven-for-seven over wet tracks.

The winner’s dam has a yearling colt by Animal Kingdom and was bred back to the 2011 GI Kentucky Derby winner last year.