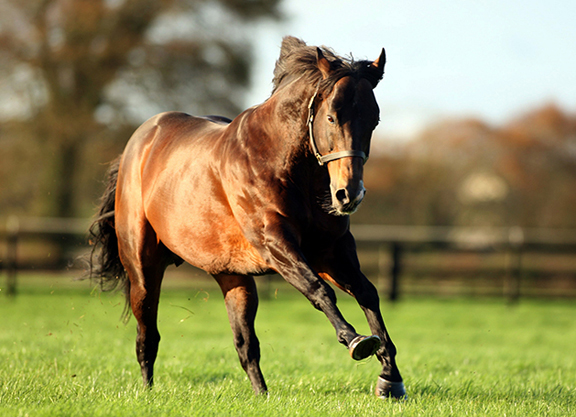 Acclamation (GB), whose Breeders' Cup-winning son Expert Eye (GB) enters stud at Banstead Manor Stud next year, will again stand for €40,000 at Rathbarry Stud in 2019. Expert Eye is Acclamation's fifth Group 1 winner, and he has lofty footsteps to follow in at stud, with fellow Group 1-winning sons of Acclamation, Dark Angel (Ire) and Equiano (Fr), already making their marks.