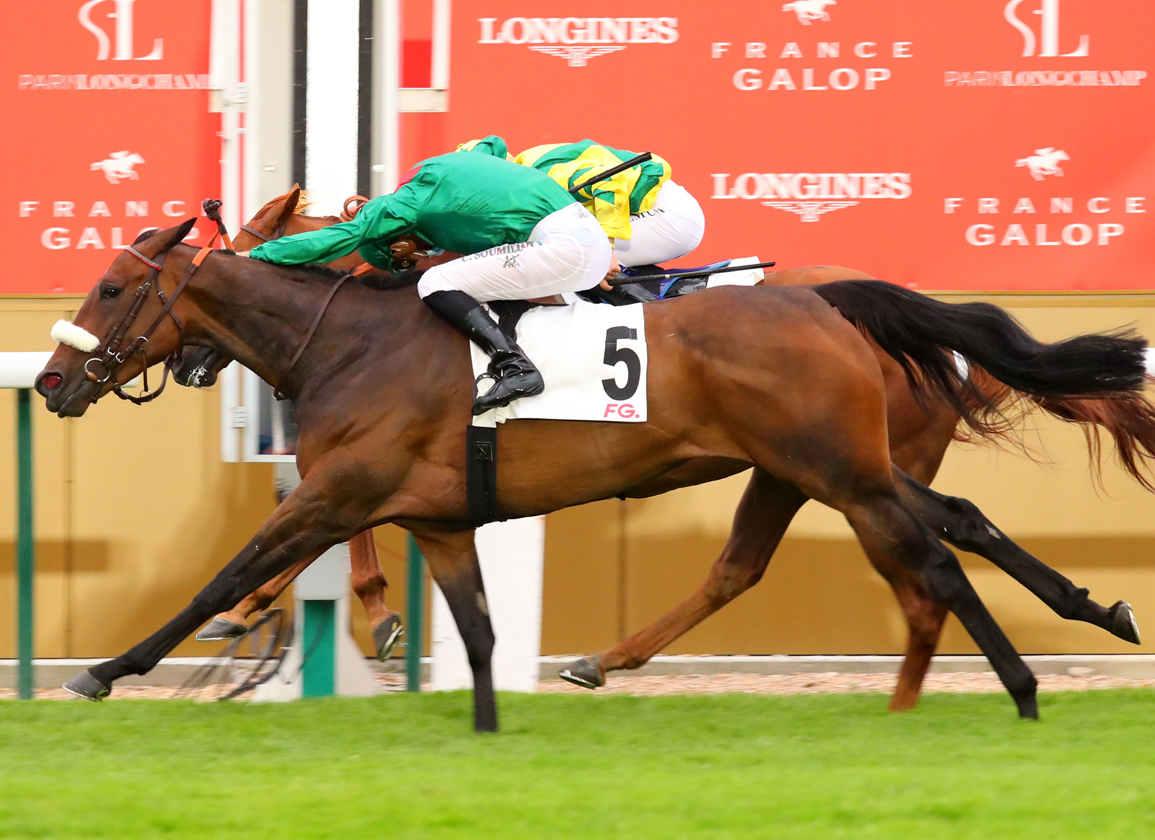 Europe's penultimate group 1 prize takes place on Sunday and the 2021 running of ParisLongchamp's Prix Royal-Oak carries extra significance as the last of its kind to include the name Alain de Royer-Dupre. Soon set for an honourable retirement from the field he has mastered for so long, the doyen of Aiglemont has one more shot at the big time with last year's runner-up Valia (Fr) (Sea the Stars {Ire}). Seemingly prepped perfectly for her return tilt, The Aga Khan homebred has no Subjectivist (GB) (Teofilo {Ire}) to deal with this time and has already shown that she retains all her ability with a win in the 14-furlong G2 Prix Maurice de Nieuil here July 14. Subsequently third in the 12 1/2-furlong G2 Prix de Pomone at Deauville Aug. 22 and in the G1 Prix de Royallieu back over a mile and three quarters at this venue Oct. 2, a return to winning ways at the right time would bring emotive scenes.

Moyglare Stud's dual G1 Irish St Leger heroine Search For a Song (Ire) (Galileo {Ire}) was back to her best last time when issuing a 9 1/2-length beating to the G1 St Leger third The Mediterranean (Ire) (Galileo {Ire}) in The Curragh's G3 Loughbrown S. over two miles Sept. 26 and the lightly-raced 5-year-old may be Valia's greatest threat. “She's in very good form. We're hoping there isn't too much rain, but I don't think there has been and hopefully the ground won't be as bad as it was on Arc weekend,” Fiona Craig said. “The Aga Khan's filly could be tough to beat, but we're hoping she'll run well. When she was younger she used to like the ground fast and firm. I don't think she needs that now, she just doesn't need to be stuck in a bog.”

Three-year-olds have won five of the last nine renewals and Godolphin's June 16 G2 Queen's Vase scorer Kemari (GB) (Dubawi {Ire}) has experience of this track having finished runner-up to stablemate Manobo (Ire) (Sea the Stars {Ire}) in the Oct. 2 G2 Prix Chaudenay over half a furlong shorter. “We have been pleased with how Kemari came out of the Prix Chaudenay, which was a step back in the right direction following his run [when last of eight in the Aug. 18 G2 Great Voltigeur S.] at York,” trainer Charlie Appleby said. “He has handled these conditions before and we are hoping he can make the first three in what looks a competitive event.”