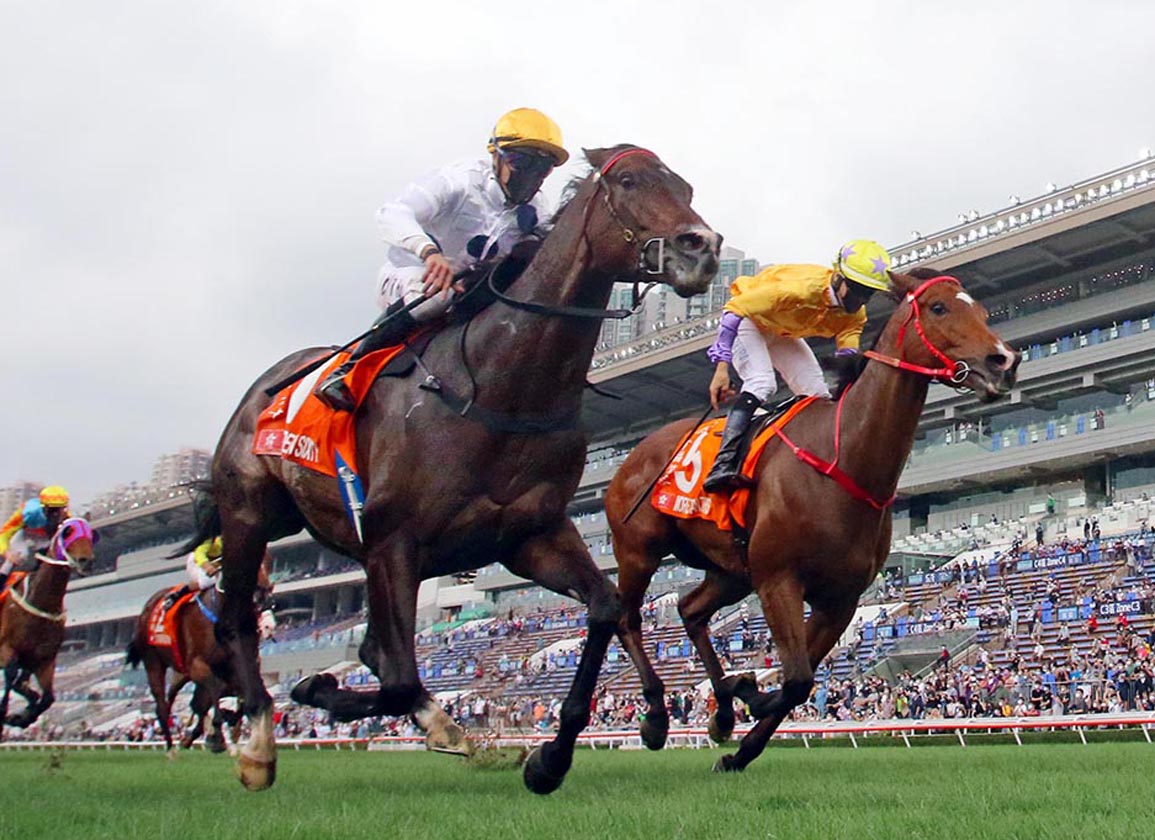 By all accounts, it is a much more mature version of Golden Sixty, who was last seen taking out the G1 FWD Champions Mile nearly seven months ago to run his winning streak to 14, three wins shy of the record held by the legendary Silent Witness (Aus). One of those horses that does just enough in his trials heretofore, the bay has put his rivals to the sword and is unbeaten in three morning hit-outs ahead of this comebacker. He should be fit enough to dispatch of a familiar cast en route to the G1 Longines Hong Kong Mile Dec. 12.

“He's good, he's healthy. He's more relaxed as you can see even in his gallops,” trainer Francis Lui told the HKJC notes team.

“I think he's getting more mature all the time. He's very well. He's good. We have this Sunday's race and then the Hong Kong Mile and then we'll see after that what we do,” he added.

Sunday's co-featured G2 BOCHK Private Banking Jockey Club Sprint (1200mT) also lures a pair of top-shelf runners who race first-up in the form of Wellington (Aus) (All Too Hard {Aus}) and the evergreen Hot King Prawn (Aus) (Denman {Aus}). Wellington won four of his six starts last term, capping the season with a 1 1/2-length defeat of the re-opposing Computer Patch (Aus) (Exceed and Excel {Aus}) in the G1 Chairman's Sprint Prize Apr. 25. Hot King Prawn is the defending champion of this event and bounced back from a subpar seventh as the favourite in the G1 Longines Hong Kong Sprint to earn a long-overdue top-level tally in the Centenary Sprint Cup. He was last seen finishing fifth, four lengths in back of Wellington, in a Class 1 handicap over course and distance Mar. 13.

“He's always been quite an easy horse to get fit and, of course, he's a very good horse so he always gives me a good feel,” said jockey Alexis Badel of Wellington. “He might need that first piece of competition, he might need to have that run but he looks good, fresh and happy. His action is good as well.”

Panfield (Chi) (Lookin At Lucky), third in last year's BMW Hong Kong Derby, earned champion stayer honors with a victory in the G1 Standard Chartered Champions & Chater Cup (2400mT) in May and was highly impressive in taking out the G3 Sha Tin Trophy H. over an insufficient 1600 metres Oct. 17. The 5-year-old entire is the marquee horse in the G2 BOCHK Jockey Club Cup over a much more suitable 10-furlong trip, a race he'll be using as a steppingstone to either the G1 Longines Hong Kong Cup–the richest event on International Day Dec. 12–or the G1 Longines Hong Kong Vase over the 2400 metres.