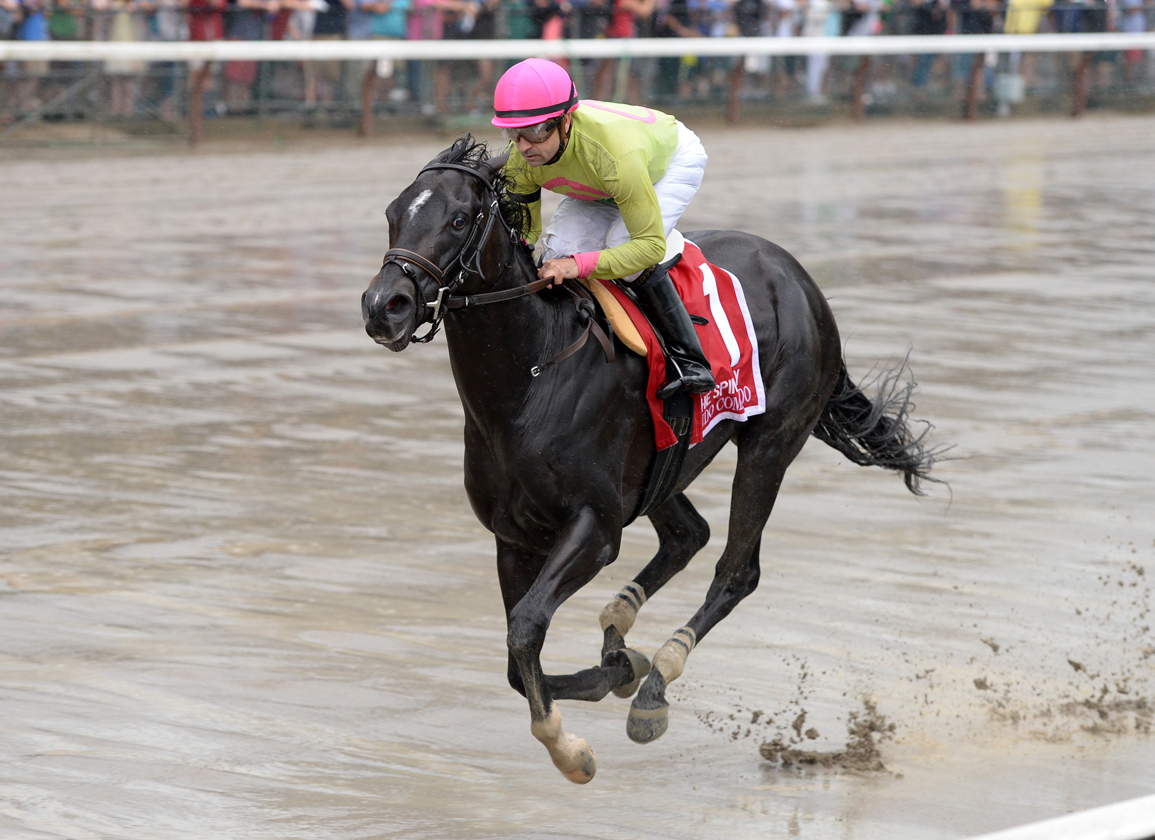 His passing in the summer of 2019 leaves an immense void in the worldwide breeding industry, but even posthumously, the legendary Deep Impact (Jpn) just keeps churning out the results.

On May 21, his 2-year-old son out of American listed winner and European multiple group-placed Premier Stars (Ire) (Footstepsinthesand {GB}) fetched an astonishing ¥517 million (£3.33 million) at a breeze-up sale and just nine days later, Shahryar (Jpn) provided the stallion with a seventh winner of the G1 Tokyo Yushun (Japanese Derby) and fourth in succession. At Epsom Friday, Snowfall (Jpn) turned the G1 Cazoo Oaks into an absolute procession, scoring by a record 16-length margin, and Saturday afternoon at Tokyo, Command Line (Jpn) lived up to advance billing with a 'TDN Rising Star'-worthy debut.

The $1.10 (1-10) mortal bounced without incident beneath Christophe Lemaire and took up a forward position as the well-meant Conch Pearl (American Pharoah) led at just an average tempo. The US-bred turned them into the long Fuchu straight and was past the 1200 metres in just 1:12.3, but Lemaire was sitting chilly aboard Command Line, eased him into the clear with about a furlong and a half to run and the duo whooshed home to score by three lengths. He covered his final 600 metres in :34.3.

Command Line is the latest to the races for his dam Condo Commando (Tiz Wonderful), who romped by better than 13 lengths in the 2014 GI Spinaway S., the premier race for 2-year-old fillies at historic Saratoga Race Course. Condo Commando was purchased by Katsumi Yoshida for $1.5 million at the 2015 Fasig-Tipton November Sale and visited Deep Impact in her first year at stud. The resulting produce became Al Jannah (Jpn), a ¥170 million purchase as a foal at the 2017 JRHA Select Sale and who has since gone on to place four times at group level, including a recent runner-up effort in the G2 Yomiuri Milers Cup at Hanshin Apr. 25. Condo Commando is the dam of a yearling filly by Heart's Cry (Jpn) and a filly foal by Lord Kanaloa (Jpn) that sells as lot 380 at next month's Select Sale. Four yearlings from the final crop of Deep Impact will also be on offer.