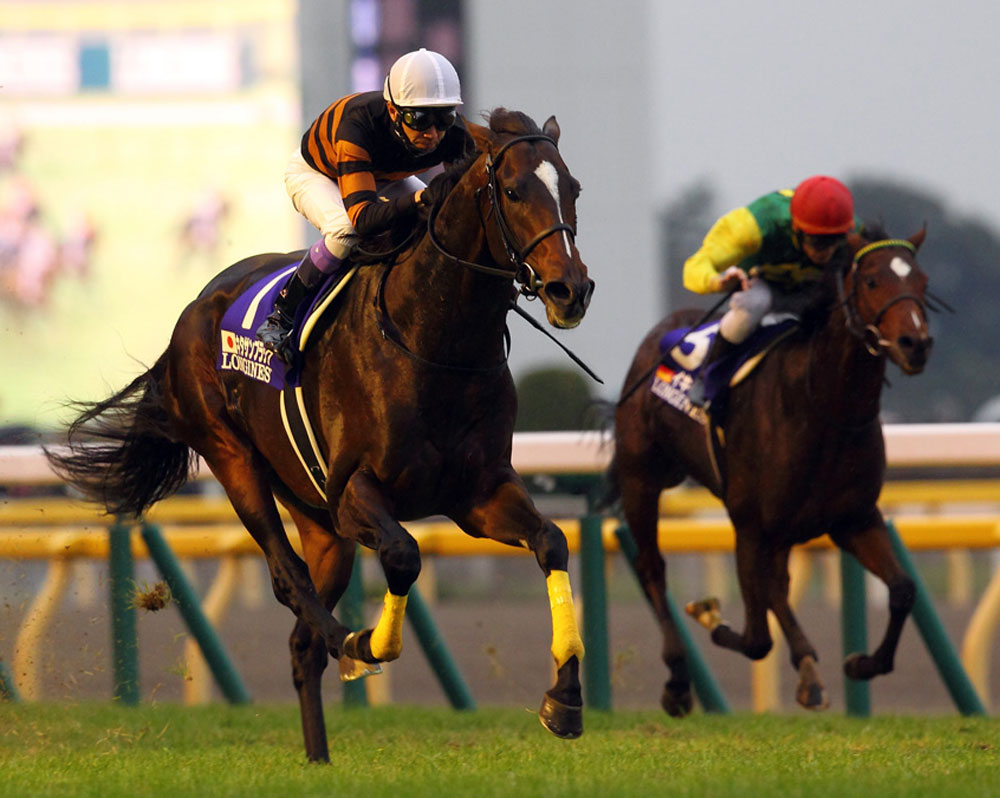 Kitasan Black, who will train on in 2017, was a winner of half of his six starts in 2016, including the G1 Tenno Sho (Spring) (3200m) and the G2 Kyoto Daishoten (2400m) before leading every step of the way for a front-running, 2 1/2-length success in the Japan Cup. He just failed to end the season on a victorious note when caught on the wire by Satono Diamond in the Arima Kinen. Maurice won for the second straight season in Hong Kong and has been retired to Shadai, while ¥230 million (US$2.25 million) JRHA foal purchase Satono Diamond, the champion 3-year-old colt, also stays in training for 2017.

Deep Impact swept the sophomore category when his daughter Sinhalite (Jpn), a daughter of US GISW Singhalese (GB) (Singspiel {Ire}) was named champion filly of her generation. The dark bay made five trips to the post for four wins, most notably the G1 Yushun Himba (Japanese Oaks) (2400m) in May.

First-crop sensation Frankel (GB) was represented by his first champion in the form of Soul Stirring (Jpn), the daughter of six-time G1/GISW and US champion Stacelita (Fr) (Monsun {Ger}), who completed a perfect three-for-three season with a popular success in the G1 Hanshin Juvenile Fillies Dec. 11. Owner Hajime Satomi, who also campaigns Satono Diamond, added a second trophy on the evening when Satono Ares (Jpn) (Deep Impact {Jpn}) was named champion 2-year-old colt courtesy of his 13-1 upset of the G1 Asahi Hai Futurity S. Dec. 18.