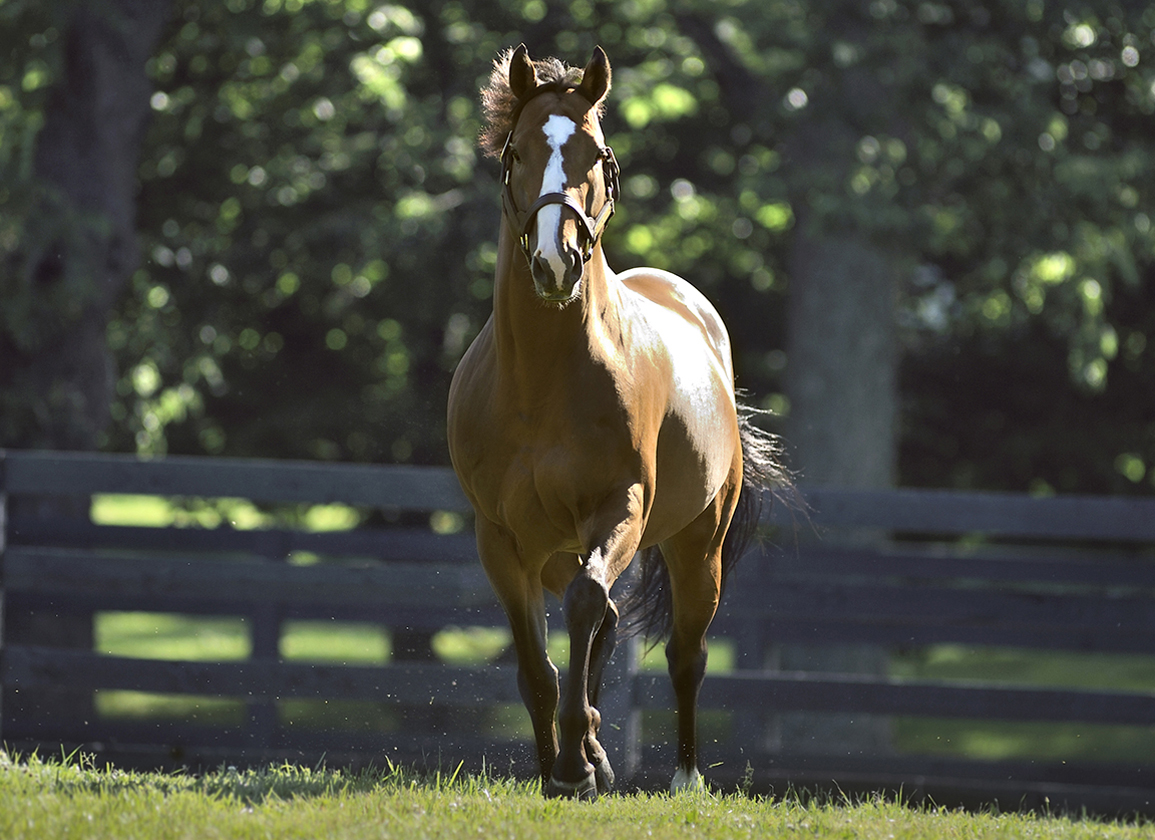 Observations on the European Racing Scene turns the spotlight on the best European races of the day, highlighting well-pedigreed horses early in their careers, horses of note returning to action and young runners that achieved notable results in the sales ring. Sunday's Observations features a son of Grade I winner Daisy Devine (Kafwain).
12.58 Deauville, Mdn, €27,000, unraced 2yo, c/g, 8fT
Flaxman Stables Ireland's FOR ALL MANKIND (Into Mischief), a Francis-Henri Graffard trainee, is a son of GI Jenny Wiley S. victrix Daisy Devine (Kafwain) and one of eight newcomers in the day's opening event. His rivals include Alain and Gerard Wertheimer's Sitello (Ger) (Intello {Ger}), who is a Freddy Head-conditioned grandson of G1 Prix Marcel Boussac and G1 Prix Saint-Alary heroine Silasol (Ire) (Monsun {Ger}).