2021 California Handle & Purses by the Numbers 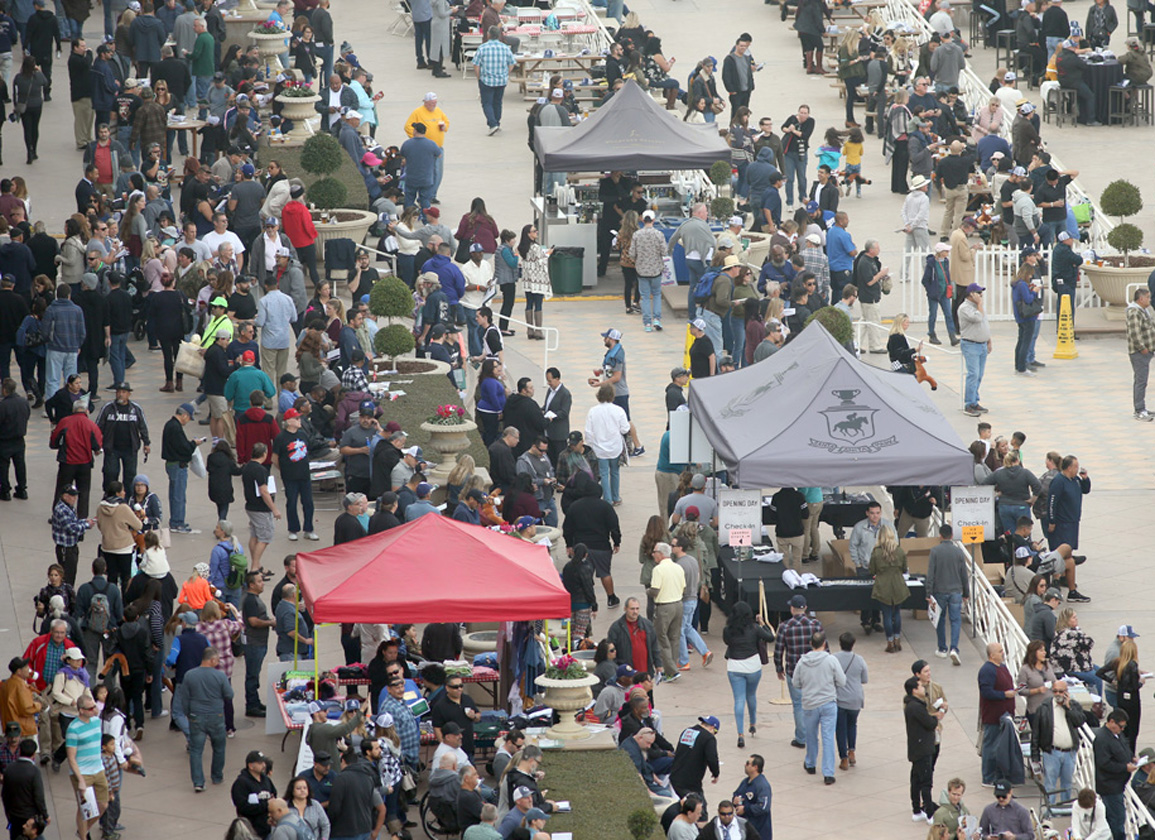 Fans and horseplayers on the Santa Anita apron | Horsephotos

California's purse and handle numbers are in, and after the pandemic-stricken figures of last year, there's plenty of reason for encouragement.

“Handle is up everywhere, including Southern California, which generated really nice purses for us in 2021,” said Gary Fenton, chairman of the Thoroughbred Owners of California (TOC).

“It's created this momentum for us,” Fenton said, pointing to the purse enhancements offered by Santa Anita and Del Mar in recent years. “I'm actually sitting down with Del Mar this Friday, hear their thoughts about this summer.”

Click here for a look at the complete numbers, which go back the last four years.

To gauge the current health of California's industry, however, it's probably wise to compare 2021's numbers with 2018–the last year California wasn't grappling with a welfare crisis or a global pandemic.

In doing that, a number of things stand out, including a swift yet unsurprising movement away from brick and mortar wagering towards ADW platforms–a paradigm shift that appears here to stay in the short-term, at the very least.

Cut to last year, and 41% was from brick and mortar wagering and 59% was ADW.

Another intriguing dynamic is that Californians have increased substantially their wagering on out-of-state races compared to four years ago.

In contrast, Californians have decreased the amount they wager per-race on California races in that same period.

“I think you can look at how we don't run Wednesday and Thursday anymore,” said Fenton, in explanation.

“Horseplayers seem like they're wagering the same if not more every day of the week, but there's less product in California to wager on, so that dollar has gravitated to out of state,” Fenton said.

When it comes to possible reasons behind the decrease in the amount Californians are wagering per-race on California races, Fenton said it's hard to comment without “diving deeper” into the numbers.

“For example, Del Mar and Santa Anita could be up big per race,” he said, while Golden Gate and the Fairs could be down.

“The good news is overall handle from all sources on CA races is up per race,” he added. Indeed, a key driver of that is a sharp spike in out-of-state wagering on California races.

One key unanswered wrinkle to the numbers, however, concerns the rise to prominence in recent years of Computer Assisted Players (CAW) and high-volume wagering outlets.

In other words, how much of these revenues is driven by high-volume players? That information is proprietary to the companies, explained Fenton.

Nevertheless, “we've gone through a lot in the past two years,” said Fenton, adding that “a lot of people should feel a lot of pride” in last year's handle and purse numbers.

Here are some key points from a comparison between the 2021 and 2018 data:

What are some of the main trends underpinning that dynamic?

One key area is from wagering that Californians are making on out-of-state races.

2 – Very broadly, despite a 21% decrease in races in California between 2018 and 2021, total wagering within California on all races–both domestic and out-of-state–increased by nearly 3% during that time.

Why is that? In part, because of a 28% increase in the amount Californians are wagering out-of-state.

3 – In contrast, we see a decrease in the amount Californians are wagering per-race on California races.

That amounted to a near 4% decrease.

That constitutes a near 21% per-race increase from 2018's numbers.

1 – Despite a 21% decrease in the number of races in California between 2018 and 2021, total purse generation decreased by less than 6% during that time period.

So, let's dig down into the numbers.

2 – The biggest shift appears to be the increase in purse generation from out-of-state wagering on California races.

That constitutes a 25% per-race increase from 2018's numbers.

3 – When it comes to total wagering from within California on all races–both domestic and out-of-state–overall purse generation decreased by nearly 8% between 2018 and 2021, but again, that's with 21% less California races.

There's more to this story.

Indeed, comparing 2018 to 2021, there has been a 23% increase in purse generation coming from wagering that Californians are making on out-of-state races.

4 – In contrast, we see a per-race decrease in purse generation from Californians wagering on California races between 2018 and 2021.