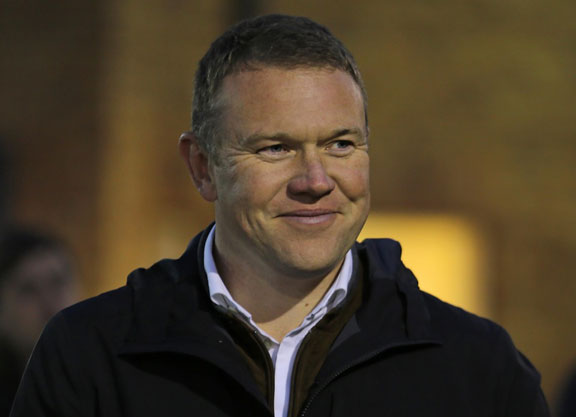 In this TDN series we ask a group of experts for their predictions for the 2020 flat season in Europe. Today we hear from Alex Elliott.

TDN: Who do you think will be the leading first-season sire this year?

AE: I like the idea of Mehmas (Ire). He was a high-class 2-year-old, is bred on the same cross as Dark Angel (Ire), and Tally-Ho Stud are amongst the best in the game when it comes to producing 2-year-old winners. It should prove a potent combination in the race to be leading first-season sire.

TDN: Have you bought any yearlings by Mehmas? Does he typically stamp his stock?

AE: I bought one by him and he is now named Astimegoesby. He cost £40,000 at the Goffs UK Premier Sale and is owned by Mrs Susan Roy. He is in training with rookie trainer George Boughey, who has made a great start to his career.

Astimegoesby is a half-brother to Bomb Proof (Ire), by Society Rock (Ire), who won his only start at York last season before injuring himself on the eve of Royal Ascot when favourite for the Norfolk. I bought Bomb Proof as a yearling and hopefully this horse will show as much early.

I would imagine trainers will love the progeny of Mehmas as they look fast, hardy, sound horses. Very much in his mold.

AE: Winners, and plenty of them, are what makes the world go round. Since starting out in 2014 I've been lucky enough to buy a better quality of yearling year-on-year. The higher the cost the higher the expectation and there are plenty of expensive ones to run this season. Some of them need to stand up and be counted otherwise it will be a very long 2020.

TDN: We have been running a series in the TDN recently on value sires. What European stallion(s) do you think represents the best value?

AE: Bated Breath (GB), standing for £12,500 at Juddmonte, is a sire that is very hard to fault. Last year he had 11 stakes winners of which six were Group winners and he also had three Royal Ascot winners. Whether it be results achieved in the sales ring or on the racecourse, he is a sire I feel consistently bats above the average and could stand for a whole lot more.