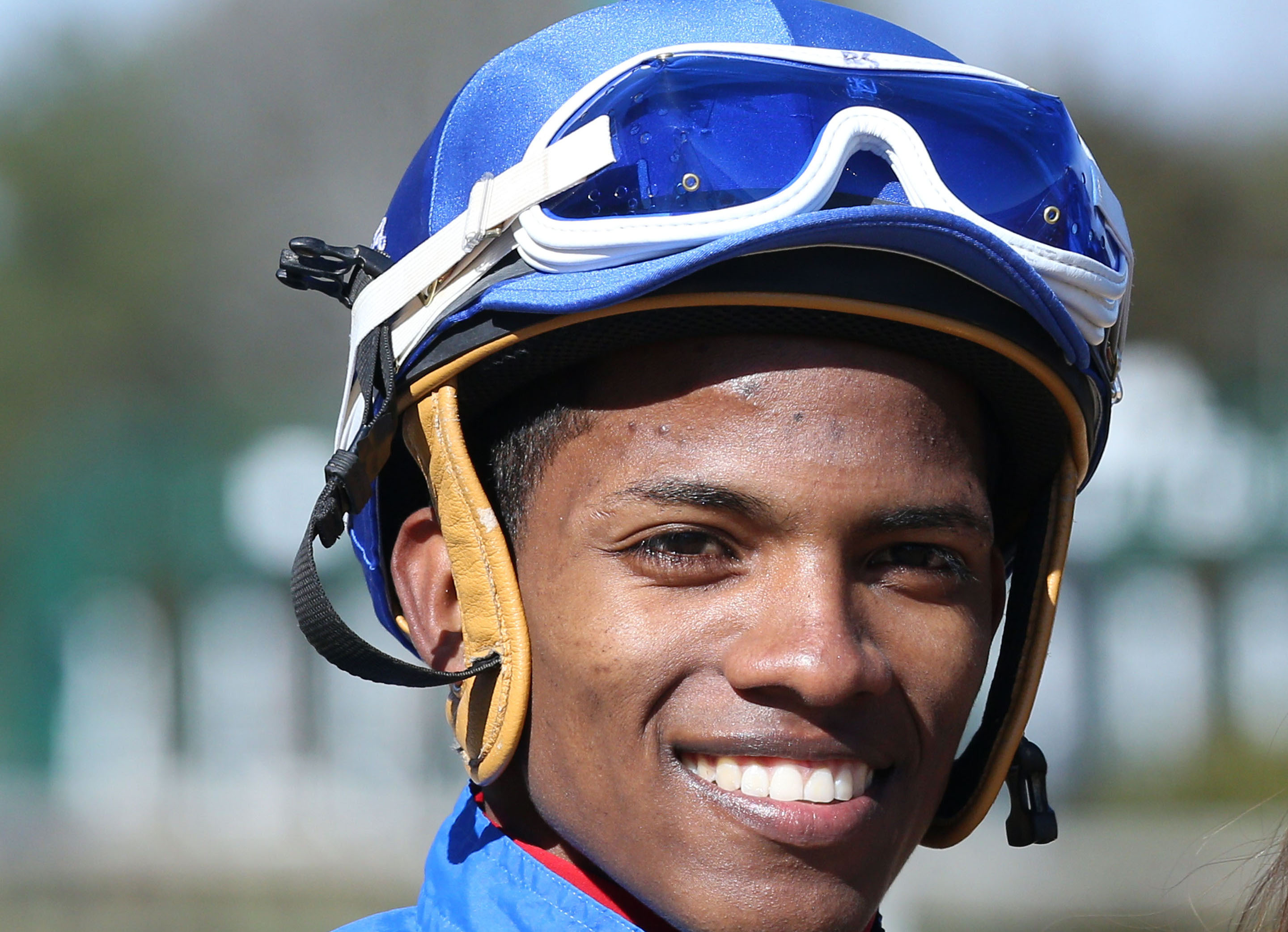 Oaklawn Park's leading jockey, Ricardo Santana Jr., was on the lead in the third race Feb. 17 and half a furlong from victory aboard Rockport Kat (Rockport Harbor) when the whip accidentally slipped out of his left hand. He hand-rode the horse hard for a few strides, then snatched his goggles from atop his helmet and flailed right-handed with them in an attempt to win the $27,000 race.

The effort came up three-quarters of a length short. One week later, the Oaklawn stewards added an additional $200 sting to the defeat by hitting Santana with a fine for violating state Rule #1214, which states, in part, that no device “other than the ordinary whip, shall be possessed by any one or applied by any one to a horse at any time.”

Such spontaneous use of goggles or a nylon cap cover is hardly unprecedented in United States racing, but it does not always result in a fine.

In 2015, John Velazquez got docked $300 for the same infraction in a stakes race at Saratoga Race Course. And one year and one day prior to Santana's violation, jockey David Cabrera had his wallet lightened by $200 by the Oaklawn stewards for using goggles as a substitute whip to propel a horse to victory after he too had dropped his crop. At the time, his agent told TDN the fine was worth winning a $76,000 race.

Similarly, Santana's longtime agent, Ruben Munoz, said via phone on Thursday that he also thought his jockey was just trying to be resourceful. They won't be appealing the fine, he added.

“You want to give a 100% effort. The goggles just keep the horse interested,” Munoz said. “The thing is, the goggles never hit the horse, because with the length of Ricardo's arm, I don't think he can even reach down and hit the hindquarters of a horse with goggles, if you want to look at it that way. It was just something to keep the horse going, to encourage him.

Munoz said he didn't even want to discuss which object hits a horse more forcefully–a standard whip or a much smaller, lighter and flimsier pair of plastic riding goggles.

“I've seen [jockeys using goggles or a cap] a lot of times before, but it's the first time I've seen it [result in a penalty],” Munoz continued. “But I didn't question it. I didn't ask them why. I don't even go up to the stewards. I don't even think an appeal is worth it, honestly. I didn't even give it a second thought. I try to do the opposite of anything that is drama.”

Santana has won every riding title at Oaklawn since 2013 and currently tops the 2019 standings in both wins and purse earnings.

“He's trying to win the race,” Munoz summed up. “If you don't do that, if you don't put in the effort, then you get penalized. You know, we're in a sport that punishes excellence, so what are you going to do?”