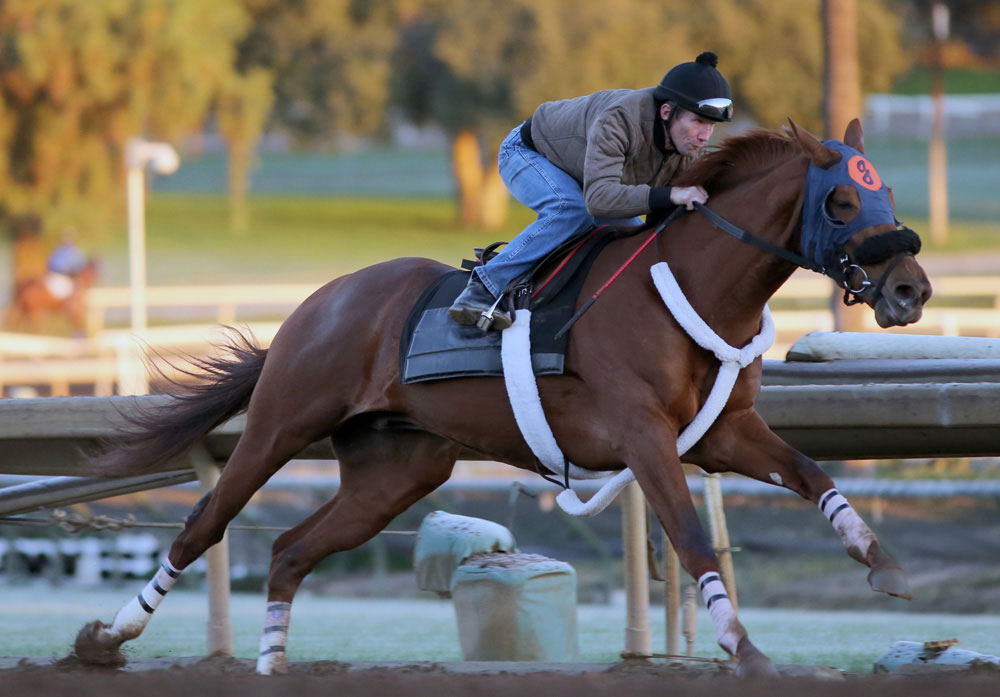 Mind Your Biscuits (Posse–Jazzmane, by Toccet), a six-time stakes winner at distances from six to nine furlongs and a three-time victor at the highest level both at home and abroad, has been retired from racing. The chestnut will enter stud in 2019 at Shadai Farm and retires as the richest horse ever bred in the state of New York, with a record of 8-10-3 from 25 starts and earnings of $4,279,566. A potential final appearance in the GI Clark H., the GI Cigar Mile H. or the GI Pegasus World Cup has thus been ruled out.

Multiple stakes-placed in state-bred restricted company early in his career while under the care of Robert Falcone, Jr., Mind Your Biscuits proved he could handle open company with a 1 3/4-length success in the GII Amsterdam S. at Saratoga. Second in the GIII Gallant Bob S. and in the GI Breeders' Cup Sprint (moved up via DQ), he closed the season with a half-length defeat of Sharp Azteca (Freud) in the GI Malibu S.

Just touched off by 'TDN Rising Star' Unified (Candy Ride {Arg}) in the GIII Gulfstream Park Sprint S. to launch his 4-year-old season with Chad Summers now the listed trainer, Mind Your Biscuits took Dubai by storm with a convincing three-length tally in the G1 Dubai Golden Shaheen in March. Victorious in the GIII Belmont Sprint Championship S. on his stateside return, he rallied late to be third to Roy H (More Than Ready) in the 2017 Breeders' Cup Sprint and was runner-up to Sharp Azteca in the Cigar Mile.

Narrowly defeated in a Feb. 9 Gulfstream allowance, Mind Your Biscuits returned to Dubai for the 2018 Golden Shaheen and turned in one of the performances of the year, defying the prevailing track bias by rallying from an apparently hopeless position from well off the pace on a leaders' track to best X Y Jet (Kantharos) and Roy H. Beaten a nose in the GI Met Mile in June, he was tried over route distances for the remainder of the season, finishing a running-on second to 'Rising Star' Diversify (Bellamy Road) in the GI Whitney S. before successfully seeing out nine furlongs in winning the GIII Lukas Classic at Churchill in late September.

Mind Your Biscuits raced in the name of J Stables and Scott, Hope and Daniel Summers through his run in the Gallant Bob, at which stage Head of Plains Partners and Michael Kisber joined the ownership group. The trainer was listed among the owners for the 2017 Golden Shaheen and thereafter. The Shadai deal was announced prior to the Met Mile and Mind Your Biscuits raced in the black-and-gold Shadai silks for the remainder of his career.

WATCH: Mind Your Biscuits from the clouds in the 2018 Golden Shaheen