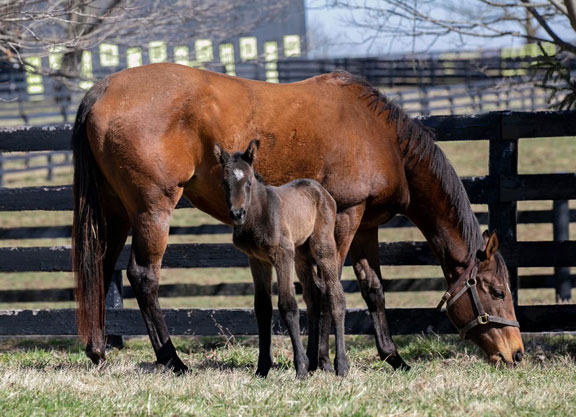 Study Of Man Foal In Kentucky

Singing Sweetly (Ire) (Galileo {Ire}) gave birth to a filly foal by Study Of Man (Ire) (Deep Impact {Jpn}) at Stone Farm, Kentucky earlier this week. The filly is from the first crop of the Lanwades-based stallion, who won the G1 Qipco Prix du Jockey Club at Chantilly in 2018. The former Coolmore-owned Singing Sweetly was purchased by James Delahooke, on behalf of Bobby Flay, at last year's Arqana Breeding Stock Sale from Haras des Capucines for €125,000. "She's an excellent first foal--well balanced, correct and plenty of bone. A... 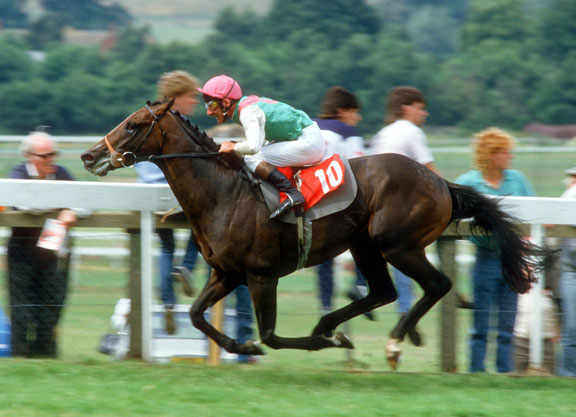 In Part II of a two-part series, John Berry looks at Juddmonte's lasting influences from the late 80s through to the present on the 40th anniversary weekend of Prince Khalid Abdullah's first Classic win with Known Fact in the 2000 Guineas. Click here for Part I. When the mighty Dancing Brave (Lyphard) retired to stud, his brilliant 1986 G1 Prix de l'Arc de Triomphe triumph shining like a beacon in the collective consciousness, it was generally felt that Prince Khalid Abdullah had probably reached the pinnacle of his ownership... 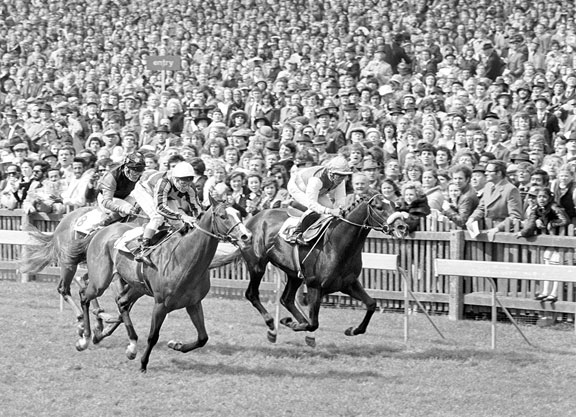 In Part I of a two-part series on the 40th anniversary weekend of Known Fact's 2000 Guineas win, John Berry takes us through the first decade of Prince Khalid Abdullah's racing and breeding dynasty. Under normal circumstances, the European Classic year would be springing into life this weekend with Newmarket staging the G1 2000 Guineas and G1 1000 Guineas. Forty years ago the Guineas meeting looked a particularly special one, the main trials having set the stage perfectly. Subsequent Irish Derby hero Tyrnavos (GB) (Blakeney {GB}) had beaten Chesham S....

Far From a Gentleman By John Hislop The racing recollections of the best gentleman rider of the inter-war period, Far From A Gentleman includes many amusing anecdotes of the characters and horses of that more leisurely time. The companion volume, Anything But A Soldier, details John's experiences in Word War II when he served behind the lines in Phantom, an offshoot of the SAS. John went on to breed Brigadier Gerard, one of the best, if not the best, of the colts that have raced in Europe since World War II.