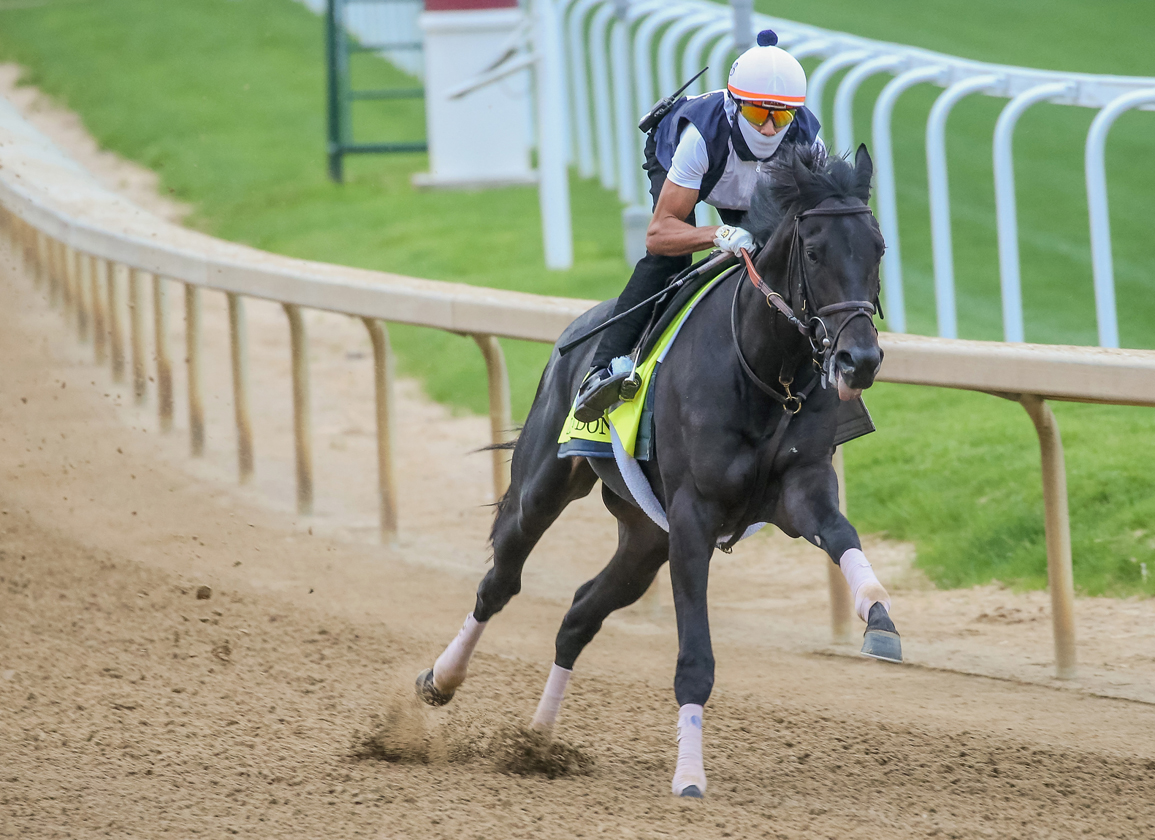 The field is set for the Kentucky Derby | Coady

LOUISVILLE, KY – With all of the morning buzz surrounding Zandon (Upstart) since his dramatic come-from-behind victory in the GI Toyota Blue Grass S., Mike Battaglia installed the handsome dark bay as the 3-1 morning-line favorite for Saturday's GI Kentucky Derby after drawing right in the middle in post 10.

The Jeff Drown colorbearer, a $170,000 Keeneland September Yearling purchase, has posted a pair of much-discussed breezes for Chad Brown following his breakthrough win at Keeneland, including a visually impressive five-furlong move in 1:00.40 (7/43) at Churchill Downs Apr. 29. Flavien Prat rides.

Potential Derby favorite Zandon out for a spin this morning pic.twitter.com/TdQ8o54t4w

Epicenter (Not this Time), drawn on the inside in post three, was made the second choice at 7-2. The $260,000 KEESEP graduate enters off impressive victories for Winchell Thoroughbreds and Hall of Famer Steve Asmussen in the GII Risen Star S. and GII Twinspires.com Louisiana Derby. Asmussen has failed to find the mark with 23 previous starters in the Run for the Roses.

“Like any race, you want to get away nicely from the gate and go from there,” Asmussen said. “How long he stands in there, how long it takes to load, 150,000 people staring at him–it's a lot. [Jockey] Joel [Rosario] is very confident in rhythm of the horse. So, if he is away cleanly Joel will let him be who he is.”

The top two choices have met once before. Zandon was back in third after a slow start and wide trip while making his first start of the season in Epicenter's front-running Risen Star score.

Louisville native Brad Cox, promoted to first with Mandaloun (Into Mischief) following the well-documented medication disqualification of the ill-fated Medina Spirit (Protonico) in last year's Derby and subsequent suspension of Hall of Famer Bob Baffert, will look to put them back to back. He has entered the trio of Cyberknife (Gun Runner) (post 16), Tawny Port (Pioneerof the Nile) (post 18) and 'TDN Rising Star' Zozos (Munnings) (post 19).

“I think with the Derby starting at the head of the stretch, and a quarter of a mile to the first turn, they'll be able to get into position,” Cox said.

Taiba, a $1.7-million Fasig-Tipton Florida 2-year-old purchase by Medina Spirit owner Zedan Racing Stables, looks to become the first horse to win the Kentucky Derby in just his third start since Leonatus in 1883. Messier, a 15-length winner of the GIII Robert B. Lewis S., is the third choice on the morning-line at 8-1; Taiba is listed at 12-1.

From the rail out, the complete field of 20 for the Kentucky Derby: