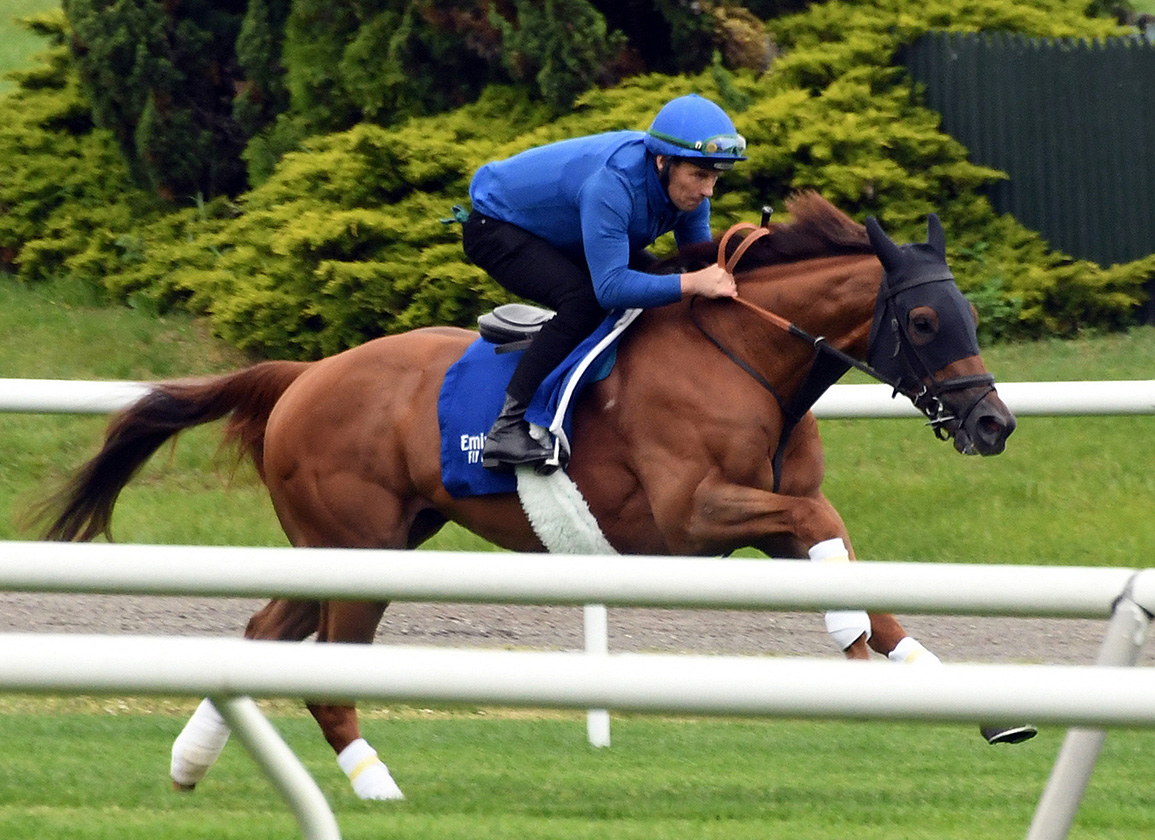 Godolphin's Yibir (GB) (Dubawi {Ire}), named last year's Eclipse champion turf male off of a fast-finishing score in the GI Longines Breeders' Cup Turf, will make his first Stateside start since that effort as the likely favorite in a six-horse renewal of the 1 3/8-mile GI Man O' War S. Saturday at Belmont.

Showing just a single Group 3 win in his first nine starts in Great Britain, the chestnut gelding had his breakout performance with a victory in the G2 Sky Bet Great Voltigeur S. last August at York and validated that run with a convincing success in the local Jockey Club Derby Invitational S. before rallying from 13th to get up by a half-length in the Breeders' Cup. Making his 4-year-old debut in the G1 Longines Dubai Sheema Classic, he closed furiously from last of 15 to just miss, finishing second by a neck. He followed that with a mildly-disappointing runner-up finish as a 1-4 chalk in the G2 Betfair Exchange Jockey Club S. last out Apr. 29 at Newmarket. Regular rider William Buick flies in for the mount.

“We were delighted with his first run back as a 4-year-old in the Sheema Classic. He was a fast-finishing second,” trainer Charlie Appleby told the NYRA notes team. “We know the tracks he loves are the more conventional flat galloping track likes Meydan and Belmont. The American tracks seem to suit him. The race at Newmarket was a prep to come to America. I know he was a beaten favorite on the day, but our European tracks don't seem to suit him so much. We were pleased that we got a run into him and he came out of the race well. I've spoken to the team at Belmont on a daily basis and they're happy with the way the horse has shipped and trained so far.”

Though favored at even-money on the morning line, Yibir has a major rival in Otter Bend Stables' narrow 7-5 second choice Gufo (Declaration of War), who will look to make amends for the worst race of his career behind Yibir in the Breeders' Cup. A hard-fought winner of the GI Resorts World Casino Sword Dancer S. last summer at Saratoga, the chestnut made a huge, early move in the GI Joe Hirsch Turf Classic S. before flattening out to third over this course Oct. 9, and finished out of the trifecta for the only time in his 15-race career thus far when 10th at Del Mar. Removing blinkers for his 5-year-old bow in the GII Pan American S. Apr. 2 at Gulfstream, the Christophe Clement trainee scored an eye-catching two-length triumph, his sixth black-type conquest.

Second that day was Abaan (Will Take Charge), the only other horse in single digits on the morning line. Prior to that run, the Todd Pletcher pupil picked up back-to-back Gulfstream stakes victories in the two-mile H. Allen Jerkens S. and 12-furlong GIII W. L. McKnight S. before running fourth at 3-5 with a troubled trip in the GII Mac Diarmida S.