Yet Another Horse Racing Bill Filed in Georgia 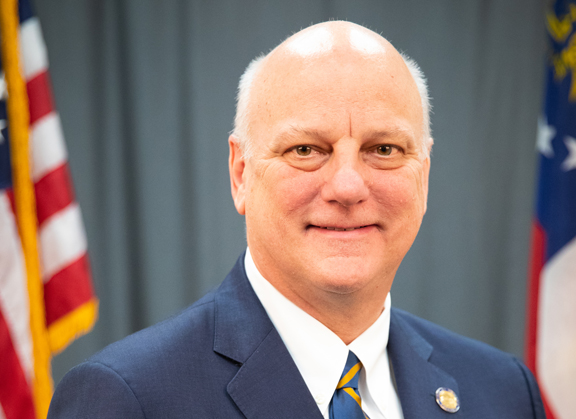 In what has become a nearly annual long-shot endeavor in Georgia, legislation has been filed to legalize pari-mutuel horse racing.

The latest bill, SB30, was introduced Jan. 27 by Senator Brandon Beach, (R-Alpharetta). It shares the same title as the Rural Georgia Jobs and Growth Act that he filed during the 2019-20 legislative session.

The 51-page bill would create a state racing commission that would have the power to issue licenses for up to three racetracks situated at least 125 miles apart that would be required to host 60-date minimum race meets (unless the licensees can demonstrate via waiver application a need to reduce the dates requirement to 45).

The initial 10-year licenses would be up for bid at $50 million each, and could be renewed thereafter for $250 million.

Another stipulation mandates that tracks within 50 miles of a major international airport would need to have a minimum initial investment of $250 million per facility. If further away from a major airport, the minimum investment would be $125 million.

Entrepreneurs who are entirely new to the racetrack business need not apply, as per a clause in the bill that states, “No application for the equestrian facility shall be considered unless the applicant, a majority of its owners who individually possess at least 5% of the applicant's stock or membership, or its management, can demonstrate a successful history of operating at least one horse racing track in one of the previous five years from the date of the application.”

According to the Atlanta Journal-Constitution (AJC), two other pieces of gambling-related legislation have also been field recently. One would put a question on an upcoming ballot asking Georgia voters whether they support allowing casinos in the state. The other would legalize online sports betting.

The stumbling block to getting pari-mutuel laws enacted in Georgia–as it has been for the past three decades since Georgia's lottery became legal–has nothing to do with a lack of enthusiasm for horses. The difficulty has always been rounding up enough elected officials who are willing to support expanded gambling in a state where moral objections to it run high and religious conservatism carries considerable clout.

The AJC reported that “Adding casino gambling or horse racing would require Georgians to approve a constitutional amendment allowing the expansion…. Sports betting supporters said the resolution is not needed to allow sports betting. That difference is important. A bill only requires that more than half of each chamber support a measure to make it to the governor's desk. Constitutional amendments need two-thirds of each chamber to clear the General Assembly–a tall ask from the Legislature–and then a majority vote in an election.”