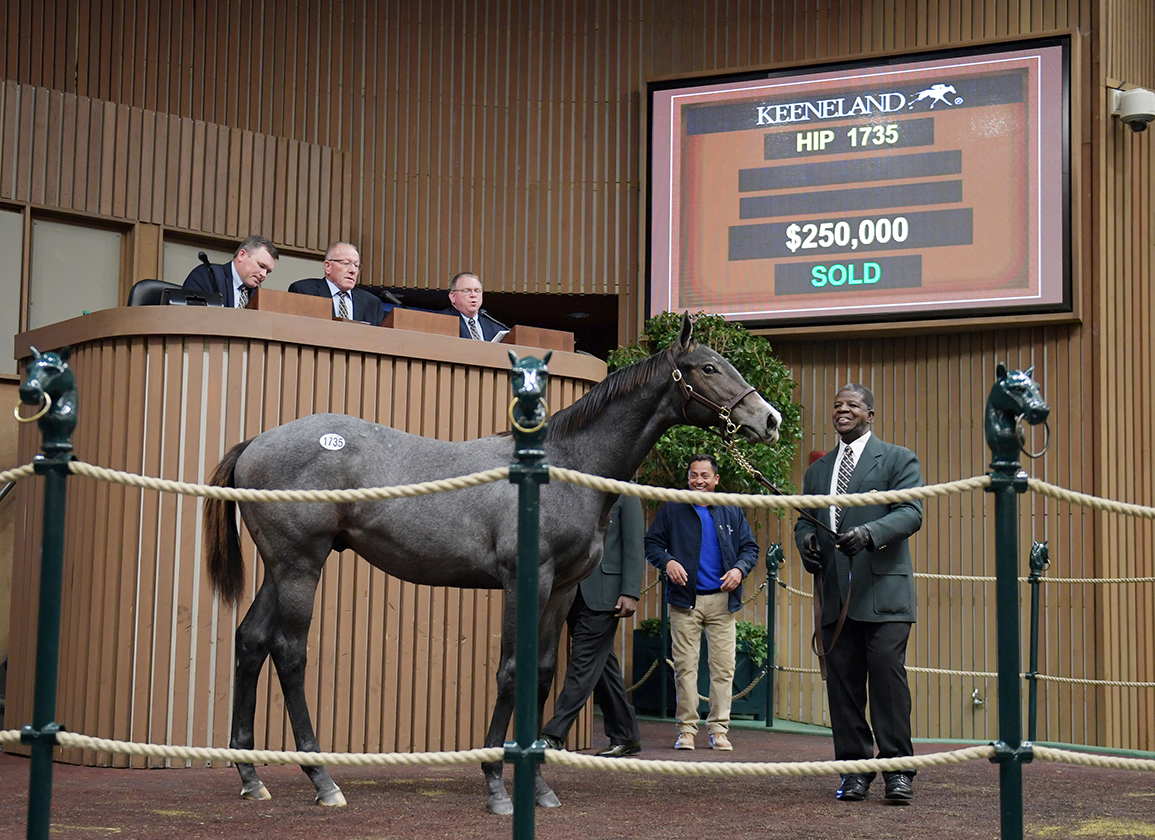 The 2022 Japan Road to the Kentucky Derby kicks off Saturday with the running of the Cattleya S. (allowance) at Tokyo Racecourse. Thirteen colts and two fillies line up for the 1600-meter test which begins with a run-up on the grass before linking up with the dirt track.

World Connector (Connect) has made both of his career starts to date at Tokyo, settling for a debut second as the 8-5 favorite going this course and trip Oct. 9 before dead-heating for the maiden win in a one-mile event on the turf track Oct. 31 (video, SC 2). A $250,000 Keeneland September yearling turned $410,000 Fasig-Tipton Gulfstream juvenile (see below), the half-brother to SW & GISP Savings Account (Medaglia d'Oro) has to contend with the outside post in the bulky field. Ryan Moore, in to ride Broome (Ire) (Australia {GB}) in Sunday's G1 Longines Japan Cup, has been recruited by trainer Kazuo Fujisawa. World Connector trades as the 4-1 second favorite ante-post.

Eclipse Award-winning sprinter Drefong (Gio Ponti) has gotten off to a flying start at stud in Japan, with progeny earnings to date of a leading ¥258 million (US$2.28 million) and having been represented by 21 individual winners. One of those is Consigliere (Jpn), a 9 1/2-length graduate over nine furlongs at Niigata on his lone racetrack appearance Aug. 22 (video, SC 2). The bay is a half-brother to the Japanese SW & GSP Esmeraldina (Harlan's Holiday) and his dam Tasha's Star (Spanish Steps) is a half-sister to MGSW & GISP Tasha's Miracle (Harlan's Holiday). Consigliere was the 8-5 selection as of this writing.

Cafe Karma (Jpn) (Henny Hughes), a first-out second going nine furlongs at Nakayama Sept. 25, cut back to this track and distance and donned cap and gown by 3/4 of a length Oct. 24.

The connections of Clos de Mesnil (Practical Joke) opt for this spot over a sex-restricted allowance on the grass this weekend. This year's OBS March sales-topper on a bid of $750,000 (under-tack preview) overcame a bit of an eventful trip to break her maiden by a head at first asking over 1200 meters Nov. 7 at Hanshin (see below, SC 7) and is bred to appreciate the extra quarter mile of the Cattleya S.