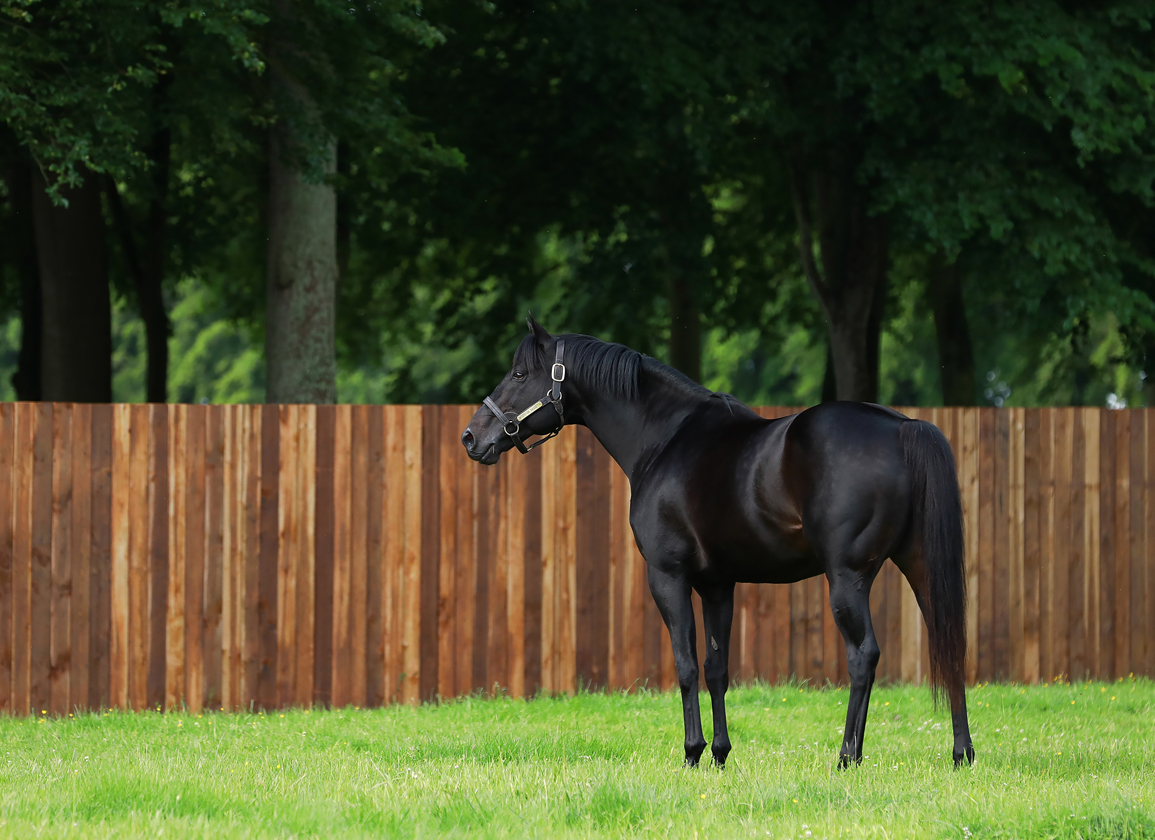 Wootton Bassett (GB) (Iffraaj {GB}), who will stand for €150,000 in 2022, leads the Coolmore Stud roster next year. Following the passing of his former stablemate, the breed-shaping Galileo (Ire) earlier this year, the dark bay has continued to burnish his reputation with 12 of his progeny winning stakes-eight at group level–in 2021. The fillies Incarville (Fr) and Zellie (Fr) took the G1 Prix Saint-Alary and G1 Prix Marcel Boussac, respectively, increasing his overall Group 1 winners to five. Juvenile colts Royal Patronage (Fr), Atomic Jones (Fr) and Topgear (Fr) all won group races, while Wootton Assett (Fr) took the GIII Virginia Derby in America. The stallion's Tamahere (Fr) was also second in the GI Jenny Wiley S. Stateside. He stood for €100,000 in 2021.

No Nay Never has also enjoyed a good year with his progeny and will command €125,000. The 10-year-old counts 11 black-type winners to his credit this term, led by dual Group 1 winner Alcohol Free (Ire). He has also celebrated group winners Zain Claudette (Ire) and Armor (GB) in England. His Unicorn Lion (Ire), a Group 3 winner in Japan, was recently runner-up in the G1 Takarazuka Kinen.

It has also been a successful year for Gleneagles (Ire) (Galileo {Ire}), who will stand for €15,000. Loving Dream (GB) was his first Group 1 winner in the G1 Prix de Royallieu and she was one of 11 black-type winners, six at the group level. First-season sire Churchill (Ire) is another son of Galileo and is priced at €25,000. His progeny already have a trio of black-type winners between them among his 23 winners. Last year's G1 Prix de l'Arc de Triomphe winner Sottsass (Fr) (Siyouni {Fr}) is also at €25,000 and covered his first book of mares in 2021. Another Coolmore first-season sire is Highland Reel (Ire) (Galileo {Ire}) at €10,000. His Atamisque (Ire), one of 10 winners, won at the Group 3 level in Italy.

Circus Maximus (Ire) (Galileo {Ire}) will stand for €12,500 and is expecting his first foals next year.

See below for the complete 2022 roster. 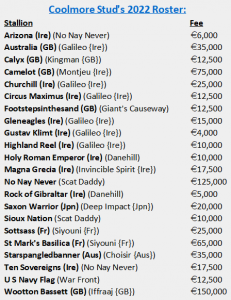