Woodbine Not Ready to Join Movement to Cut Down On Lasix 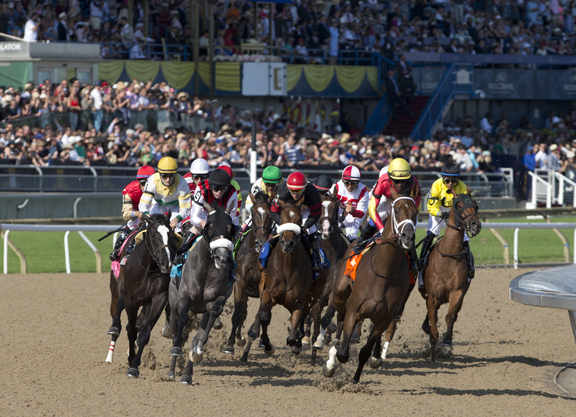 Woodbine was conspicuously absent from the list of North American tracks that have agreed to ban Lasix in all 2-year-old races in 2020 and in all stakes races in 2021. The reason is not that the Canadian racetrack was left out of the discussion, but because executives there felt they needed more time to discuss the controversial issue with stakeholders to determine whether or not cutting back on the use of Lasix was or was not the right thing to do.

“We recognize that this is a very difficult and controversial issue in North America,” said Woodbine Entertainment Group CEO Jim Lawson. “Between Woodbine and the Jockey Club in New York, we’ve had many long discussions about it. My reaction is one of caution right now. There are any number of stakeholders that we have relationships with, including, first and foremost, our regulators, both the Alcohol and Gaming Commission of Ontario and the Canadian Pari-Mutuel Association, both of which have jurisdiction on drug rules. This is an issue as a racetrack where we think we will need to work through things not only with our regulators, but our horseman’s group. We have a very good relationship with the HBPA here.”

Lawson did not reject the idea that Woodbine would some day join the coalition of U.S. tracks that are attempting to push through new rules regarding Lasix reform. It was more a matter of Woodbine feeling that signing on now would have been a matter of moving too fast and not giving horsemen and regulators a proper chance to weigh in on the issue.

“I did not think now was the time to jump out ahead of this without proper consultation and study,” he said. “By waiting, we’ll also have benefit of understanding what goes on with the U.S. experience in this regard and how they deal with it. It is a matter we think needs more time, more study and more consultation before we jump in and say this is the way it’s got to be. There are clearly two sides to this and we want to continue to have a consultative and good relationship with our regulators and our HBPA.”

Adding to his reluctance to move quickly, Lawson said he has heard from people he highly respects whose take on the Lasix issue are the polar opposite of one another.

“There are people respected by everyone with a high degree of expertise who sit in each camp on this issue. That includes our regulators,” he said.

Despite not immediately joining forces with the groups looking to ease up on the use of Lasix, Lawson said he was supportive of the effort. But he shares the opinion of many others that the industry faces more serious problems than Lasix and that Lasix was not behind the rash of breakdowns at Santa Anita that was the catalyst for the movement to cut back on use of the medication.

“The principal message is that we are very supportive of the way the industry is looking at race-day medication,” he said. “There’s no secret this is a difficult issue. In some ways, it doesn’t lie at the heart of the issues in the industry that we are experiencing today. There are many, many issues the industry has to deal with. Race-day medication is one, but so is equine safety generally. I don’t want to dissect what that means, but I don’t think Lasix is at the heart of the bigger issues that the industry has too look at.”

Woodbine is better positioned to take a wait-and-see attitude than most American tracks because Canadian animal rights activists have, by and large, not made horse racing a target.

“[Criticism from animal rights groups] does exist, but we haven’t felt a lot of pressure from them,” Lawson said. “I think that’s because we do our best to answer any concerns on animal welfare and safety. Woodbine has a reputation of being very sensitive to animal welfare and safety. I do believe that helps us, not so much with the real activist groups, but with the general media. They don’t attack Woodbine because they understand equine safety is number one when it comes to our values at this racetrack.”

Woodbine’s reputation has also been aided by the fact that, unlike some North American tracks, it has stuck with its synthetic surface. Every study done on track surfaces has shown that there are fewer catastrophic injuries on synthetic tracks than there are on dirt surfaces.

“[Having a synthetic track] has helped us and we put it in primarily for safety reasons,” Lawson said. “Weather, yes, But bad weather means an unsafe racetrack if wet and freezing and we don’t have that problem with a synthetic track. We get criticized. ‘Why wouldn’t you go back to traditional dirt? You’ll never get a Breeders’ Cup if you don’t have traditional dirt.’ Our answer is safety comes first.”