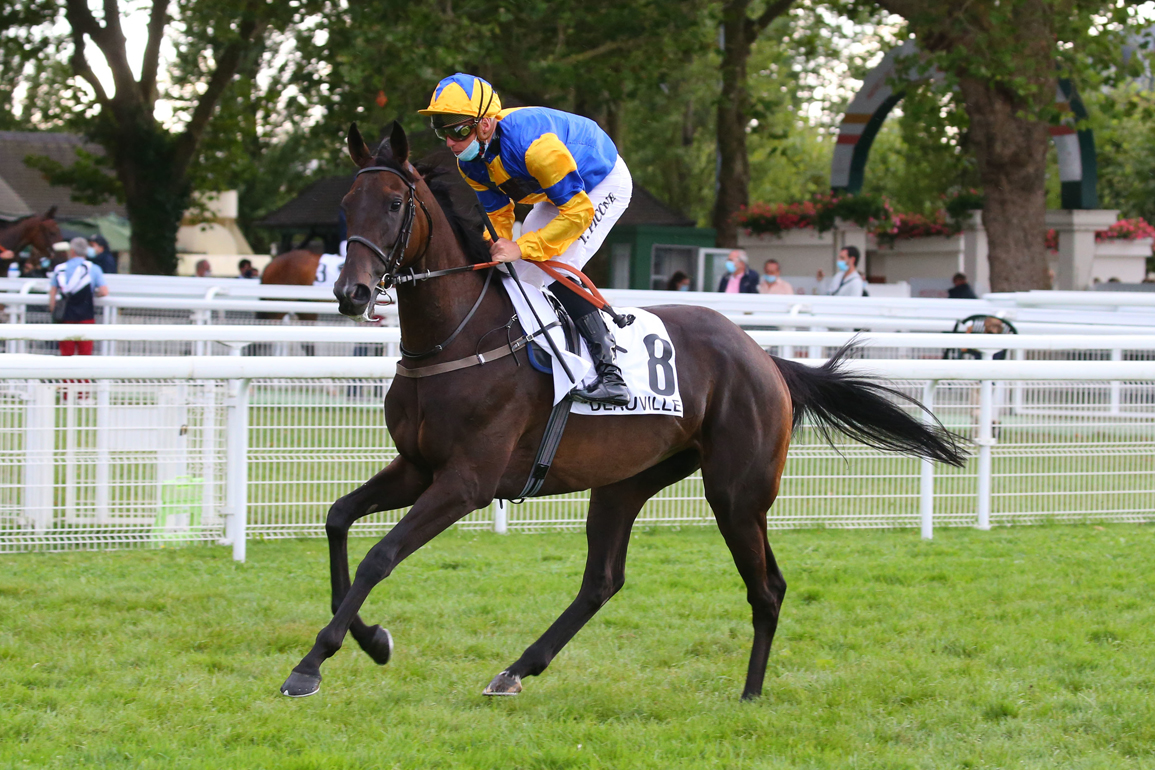 With Goodwood Saturday centred around the Stewards Cup for the sprinters, the G2 Qatar Lillie Langtry S. is the sole black-type contest on the closing card but it features one of Europe's best in Wonderful Tonight (Fr) (Le Havre {Ire}).

Christopher Wright's G1 Prix de Royallieu, G1 QIPCO British Champions Fillies & Mares S. and G2 Hardwicke S. heroine was forced to miss last Saturday's G1 King George VI and Queen Elizabeth S. due to the fast surface and despite the ground drying out all the time here,  she is committed to run under her three-pound penalty. Trainer David Menuisier is taking nothing for granted.

“The opposition obviously is not the same as the King George, but they have to be respected,” he said. “I haven't gone into great detail as to the horses left in the race but there's a 3-year-old carrying next to no weight, which is something you can't discard. She's the favourite and she should be, but we're not going there thinking she's a sure thing. It's a horse race and we know Goodwood offers some upsets at times.”

“I'm not here to put a dampener on it because on sheer ability, there's no race,” he added. “She's a bit buzzy, because she went to Ascot and had to come back but other than that she's fine. It's important she runs at the end of July and it didn't happen last weekend. That's the main point–she needs to run somewhere, because she's really well and fit. I don't want to deceive her by going back home and keep on working her there to get the freshness out of her without racing.”

Weather is always a concern for Menuisier, but there is rain forecast ahead of the race. “Obviously we're still hoping for some rain before Saturday to keep it on the slow side, because it's drying out quickly,” he said. “Good ground would be okay and if we don't get any more rain I think that's what it will be. I just know that on quicker ground she can't reach the levels she does on soft, so then it is a question of opposition.”

Koji Maeda's July 8 G3 Stanerra S. winner Believe In Love (Ire) (Make Believe {GB}) will be in the mix if the favourite fails to fire, while the weight-for-age is a staggering 15 pounds which brings Ballydoyle's June 4 G1 Epsom Oaks third and July 17 G1 Irish Oaks runner-up Divinely (Ire) (Galileo {Ire}) into the equation as the sole 3-year-old in the line-up.

“She has developed into a very solid, classy filly and now has two Classic-placed performances to her name,” jockey Ryan Moore said. “She operates on any ground, so the weather can do what it wants and you have to like her chances as the only 3-year-old in here getting a hefty 12 pounds from most and 15 from Wonderful Tonight.”

At Newmarket, Juddmonte's rare jewel Chiasma (Ire) (Galileo {Ire}) lines up for the Listed British Stallion Studs EBF Chalice S. The John and Thady Gosden-trained full-sister to Frankel (GB) faces tough opposition in the 12-furlong contest as she bids to build on her novice win at Kempton last time June 30.

“It's a good renewal of the race and some of the fillies in there have got some strong form by their names,” Thady Gosden said. “Chiasma won last time out which was important for her and for Juddmonte. Now we hope to get some black-type next to her name with a pedigree like hers. If the ground is faster it won't be a worry, although it is due to rain and she has already run on soft ground. She shows a great attitude at home and enjoys her work.”

Another Juddmonte runner is the unbeaten Ralph Beckett-trained Yesyes (GB) (Camelot {GB}), who has impressed at Haydock May 28 and Lingfield July 14.

“The mile and a half on the July Course should suit her really well, particularly as they have a drop of rain forecast,” her trainer said. “Her first run has been given a boost and it is lovely form. We've had to be patient with her, as she was slow to come to hand. Last year she was a big filly and was simply not ready to race.”

Godolphin's Sayyida (GB) (Dubawi {Ire}) is a half-sister to Masar (Ire) (New Approach {Ire}) with two course-and-distance wins to her name May 16 and June 26 and Charlie Appleby is looking forward to seeing how she fares in a tough contest.

“We will be slightly on weather watch, as we would like a bit of rain as it was quick enough there on her last start,” he explained. “We are pleased with her preparation and the one thing she does is stay well.”