With Spa Meet in the Balance, NYRA Argues for Upholding Baffert Ban 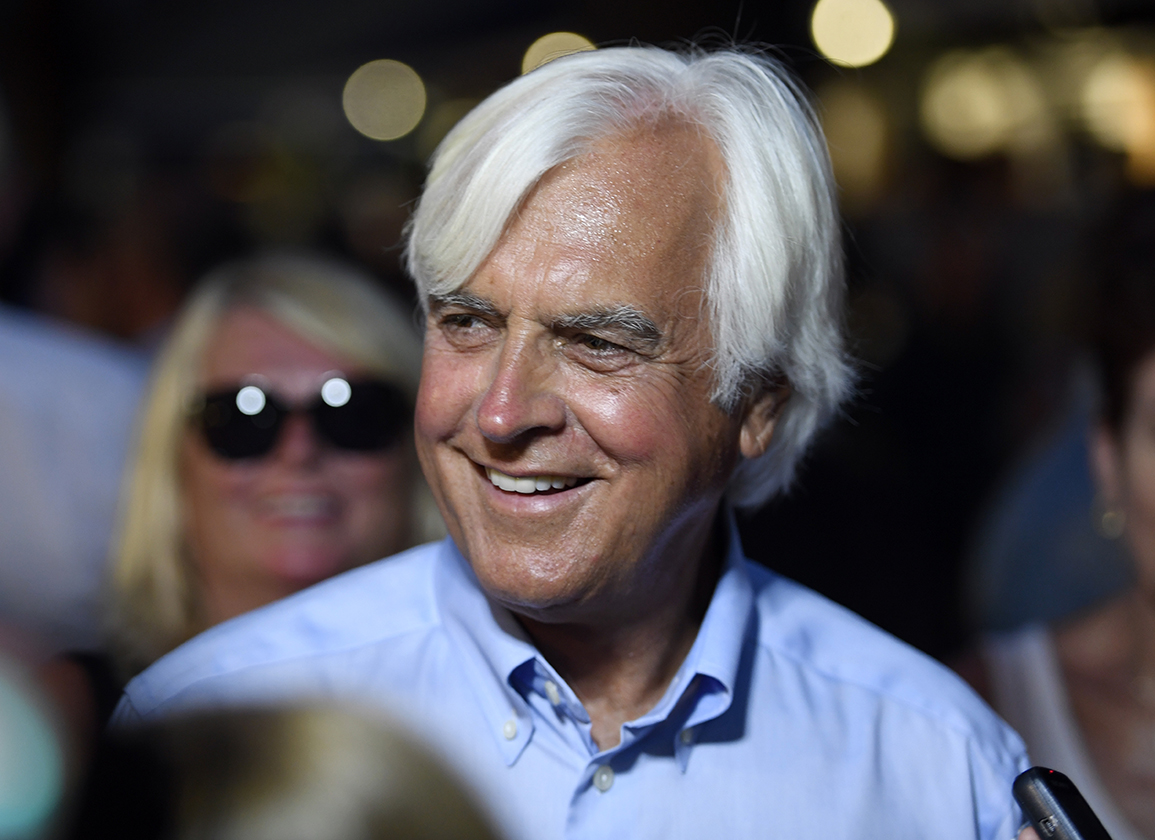 With a July 12 federal court date looming to decide whether or not Bob Baffert's history of equine drug positives will keep him from entering horses at the upcoming and financially lucrative Saratoga Race Course meet, the New York Racing Association (NYRA) on June 30 filed a memorandum of law that opposes the Hall of Fame trainer's request for an injunction to lift the association's ban against him that has been in effect for the past six weeks.

NYRA told Baffert via letter May 17 that he was temporarily not welcome to stable or race at the association's three tracks (Saratoga, Belmont Park and Aqueduct Racetrack) in the wake of his shifting explanations after Medina Spirit (Protonico) tested positive for betamethasone after winning the GI Kentucky Derby. The initial drug positive was confirmed by split-sample testing at a separate lab approved by the Kentucky Horse Racing Commission.

No ruling has yet been issued over those findings, and NYRA explained to Baffert in that letter that a more precise determination regarding the length and terms of his suspension would be based on information revealed during the course of the ongoing investigation in Kentucky.

In the June 30 filing in United States District Court (Eastern District of New York), attorneys for NYRA wrote that the association believed it had to act swiftly to bar Baffert, lest his presence jeopardize the integrity and reputation of the GI Belmont S., the third jewel of the Triple Crown and the premier race of the year in New York.

“Plaintiff is a well-known Thoroughbred trainer, whose horses have won numerous significant races,” the filing stated. “But, over the course of Plaintiff's career, his horses have been cited for drug-related violations at least 30 times. In fact, over the 12 months preceding this year's Kentucky Derby, Plaintiff has been fined four times for drug-related violations.” 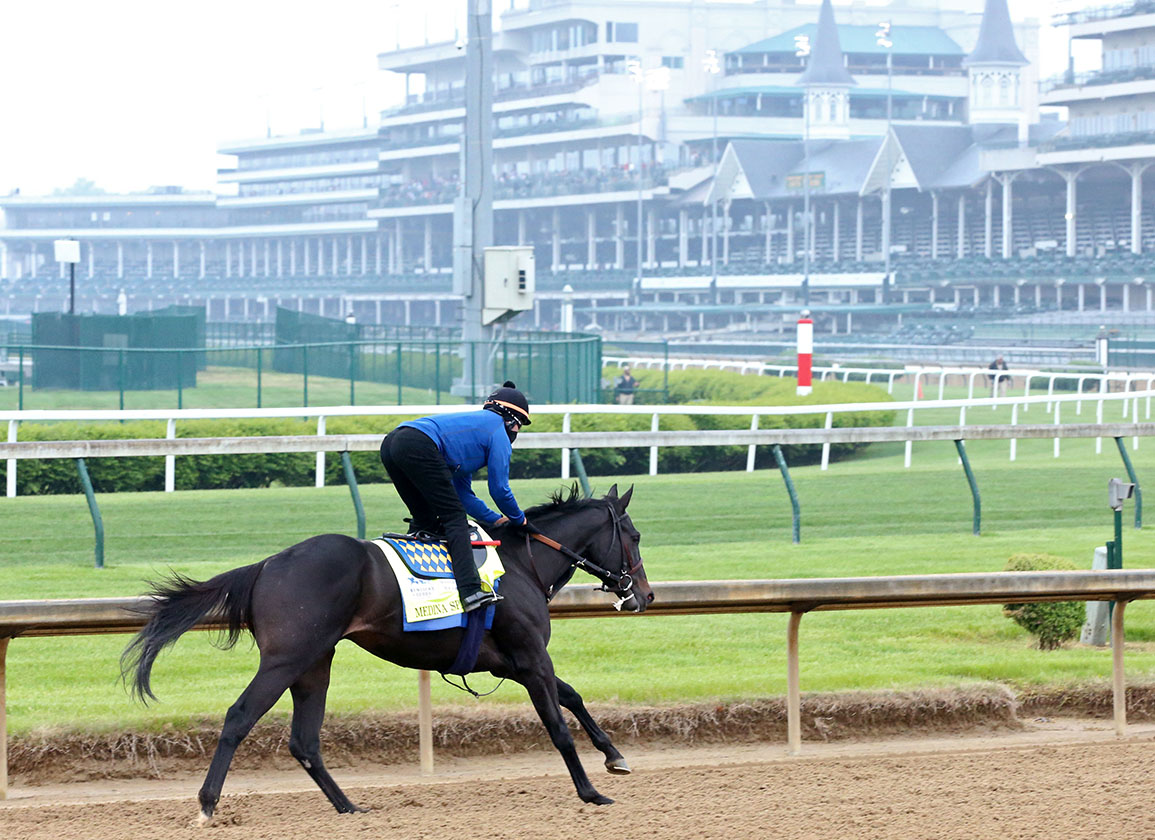 Two of those violations were for lidocaine, one was for dextrorphan, and another, like in Medina Spirit, also for betamethasone. Three of Baffert's five most recent drug positives came in Grade I stakes—the Arkansas Derby and Kentucky Oaks in 2020, plus the 2021 Kentucky Derby. The two findings at marquee events at Churchill Downs led the gaming corporation that owns the track to bar Baffert from the entire family of Churchill-affiliated tracks for a period of two years.

The NYRA filing continued: “Although Plaintiff did not then have any horses entered in races or stabled at [NYRA tracks], it was likely, if not certain, that Plaintiff would attempt to enter Medina Spirit in the Belmont scheduled for June 5, 2021.

“Given Plaintiff's history of drug-related violations, Medina Spirit's positive test, Plaintiff's contradictory statements, Plaintiff's [then-temporary] suspension from Churchill Downs, and the fact that the Belmont was fast approaching, NYRA took the only sensible action under the circumstances—it temporarily suspended Plaintiff from entering and stabling horses at its Racetracks.”

The filing also pointed out that the May 17 letter had advised Baffert that if he wished to present to NYRA any information or arguments that might make the association reconsider its ban, he had seven business days in which to do so.

Yet according to NYRA, “Plaintiff never availed himself of this opportunity to be heard or raise any objection with NYRA. Instead, nearly a month after NYRA imposed the temporary suspension, Plaintiff commenced this action…and now moves for a preliminary injunction.”

“First, Plaintiff fails to demonstrate that he will suffer irreparable injury in the absence of emergency relief. Rather than allege any actual or imminent injury or irreparable harm warranting a preliminary injunction, Plaintiff offers only conclusory assertions of potential harm, speculates that he may lose unidentified clients of the suspension is not lifted, and fails to submit any evidence demonstrating that the speculative loss of clients would substantially damage his business.

“Even if the Court were to consider Plaintiff's potential client loss, such an injury could be remedied through money damages, rendering preliminary injunctive relief inappropriate. Furthermore, Plaintiff's nearly month-long delay in seeking this preliminary injunction undercuts the sense of urgency needed to remedy his alleged harm.

“Second, Plaintiff fails to establish that he is likely to succeed on the merits of his claims. Contrary to Plaintiff's unsupported assertion that NYRA could not temporarily suspend Plaintiff from its Racetracks because it does not own the grounds on which they are located, settled law holds that NYRA had both the common law and regulatory right to exclude anyone, including a licensed trainer, who engages in conduct detrimental to the best interests of racing.

“Moreover, Plaintiff's assertion that NYRA violated his due process rights is incorrect. NYRA was not required to provide Plaintiff an opportunity to be heard before issuing a temporary suspension because NYRA's decision was based on probable cause that Plaintiff's actions warranted suspension and was necessary to protect the safety of the racehorses and their riders…. Plaintiff also fails to allege facts sufficient to show that he is likely to prove that NYRA's temporary suspension of Plaintiff was 'state action'—as required to implicate due process concerns.

“Third, the public interest and balance of equities weigh clearly in favor of NYRA. NYRA is obligated to protect its investment, brand and reputation, and supervise activities at its Racetracks in a manner that fosters the public's confidence in the safety and honesty of the sport.

“Plaintiff's speculative assertions that his business might suffer or that his temporary suspension could last for a significant period of time cannot override NYRA's compelling interests in upholding the integrity of horse racing…. Accordingly, Plaintiff's motion for a preliminary injunction should be denied.”

Craig Robertson, an attorney representing Baffert in this case, did not reply to an emailed request for comment on Wednesday.