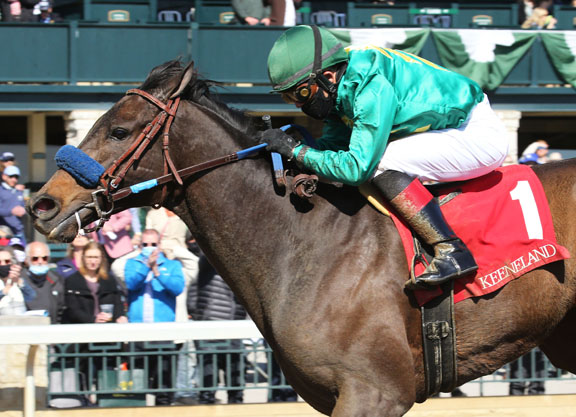 It's not often you come across a 13-horse Grade I sprint with no confirmed frontrunner, but the Churchill Downs S. Saturday is just that, with only lightly raced 20-1 shot Get the Prize (Candy Ride {Arg}) having gotten the first call last out. Stalker Flagstaff (Speightstown) gets the tepid 3-1 nod on the morning line coming off a victory over three of these foes in Keeneland's GIII Commonwealth S. going the same distance Apr. 3. He shipped into Oaklawn after that to fire a pair of quick bullet breezes, and he probably has the speed to lead if aggressive rider Luis Saez decides to go for it.

One who will need a set-up is ageless fan favorite Whitmore (Pleasantly Perfect). Last year's GI Breeders' Cup Sprint winner is likely better at six furlongs than seven, and was fourth here in 2018 and fifth in 2019. He enters off back-to-back runner-up finishes in Oaklawn's Mar. 13 Hot Springs S. and Apr. 10 GIII Count Fleet Sprint H.