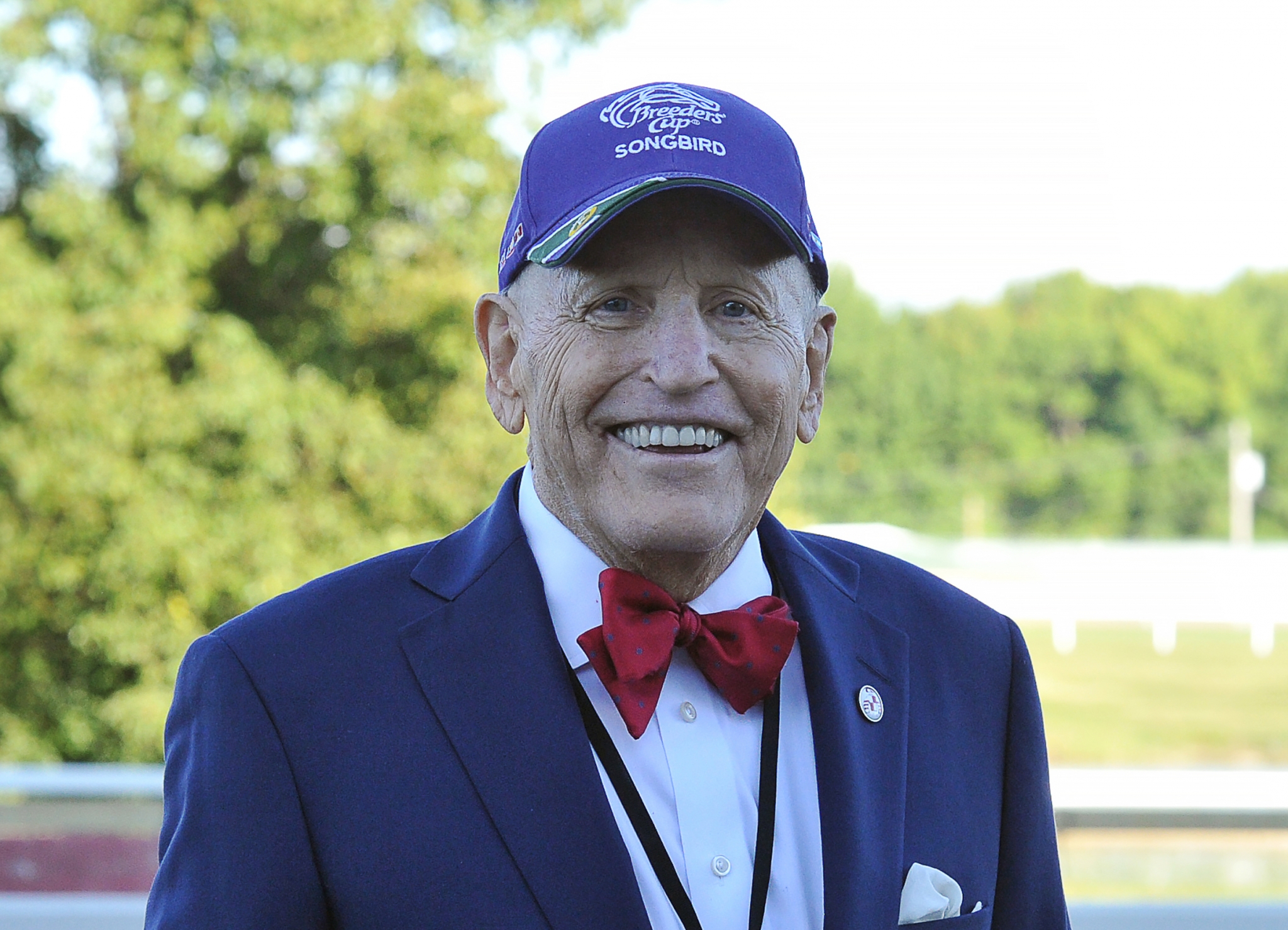 Prominent owner Rick Porter does not believe that the slaughter of retired racehorses is an unsolvable problem. Along with Victoria Keith, the executive vice president of Porter's Fox Hill Farms, Porter has started the National Thoroughbred Welfare Organization, which he says will be an all-encompassing organization whose mission is to end slaughter and deal with other welfare issues, such as the illegal doping of horses.

The news of the founding of the National Thoroughbred Welfare Organization was first reported by the Blood-Horse.

There are literally hundreds of horse rescue operations in the U.S., but Porter and Keith foresee their group as an attempt to take horse welfare problems and have them addressed primarily by one large, well-funded organization that has the assets to put a huge dent into the problem.

Porter said he would write a sizeable check to get the NTWO off the ground and then would solicit help from others.

Just this week Keith visited a slaughter auction in Baton Rouge, Louisiana where she said she saw about six racehorses being sold. There is a new trend in the auction-slaughter business where buyers are paying more for the horses than they are worth strictly for their meat and then posting them on social media. They inform people that the horses are for sale, at a price higher than what they paid for them, and that if someone does not buy them they will be slaughtered. It's more or less a matter of holding the horse for ransom. For that reason, Keith said she is going to focus first on Louisiana.

However, her goal is not to outbid the killer buyers at every slaughter auction in the country, knowing the costs to do that would be prohibitive. Rather, she wants to hire agents at every racetrack in the country whose job it is it to buy any horses owners or trainers may want to discard, therefore keeping them out of the slaughter pipeline. The NTWO will pay the owners or trainers at least what the horse is worth at the slaughter sales.

“I want to get all my contacts lined up and have full-time workers, agents at every track,” Keith said. “Their job will be to develop a congenial relationship with the trainers and tell them we will take their horses. I want posters. I want a hot line. There should be one national number that everyone in racing has on their contact list in their phone that they can call if they have a horse they need to find a home for.”

Keith hopes as many NTWO horses as possible can be retrained and then sold as riding or pleasure horses. Money from the sales will be used to help fund the project. But she says they will not turn away any horses, even if they are unsuitable for a post-racing career.

“We have to take all horses,” she said. “If we say we are going to be your outlet and we are going to help you that means we have to take every horse. We plan to do that. That also means we will incur expenses. Unfortunately, if someone brings us a horse and the only humane thing to do is euthanize it and they don't want to pay for it we will. You never want to do it because it's sad, but we won't have a problem euthanizing a horse if our vets tells us this is the right thing to do.”

What to do with the horses that come off the racetrack too unsound to go on to a second career figures to be a bigger problem. Keith said there are no current plans to buy land or a farm where they can live out their years, but says that is under consideration. She also believes that many unsound horses, with the right veterinary care, can be patched up and used as riding horses. She also will put all the horses on a website in hopes that people will adopt the them, even if they can be nothing more than a pasture pet.

“It's going to be a long project,” Porter said. “One of the biggest things we're going to need is the racetrack's help and to convince people at the racetracks to stay away from the slaughter people. We'll take the horse from you and we are going to make it as easy as possible. It's really horrible what's going on with the slaughter part of it. There are so many things we can do to make racing better. We're going to give it 100% and make a difference.”