Home » Archive » Shared News » With Investment in Pegasus World Cup, Ruis Family Looking to Get Back Into Racing in Big Way

With Investment in Pegasus World Cup, Ruis Family Looking to Get Back Into Racing in Big Way 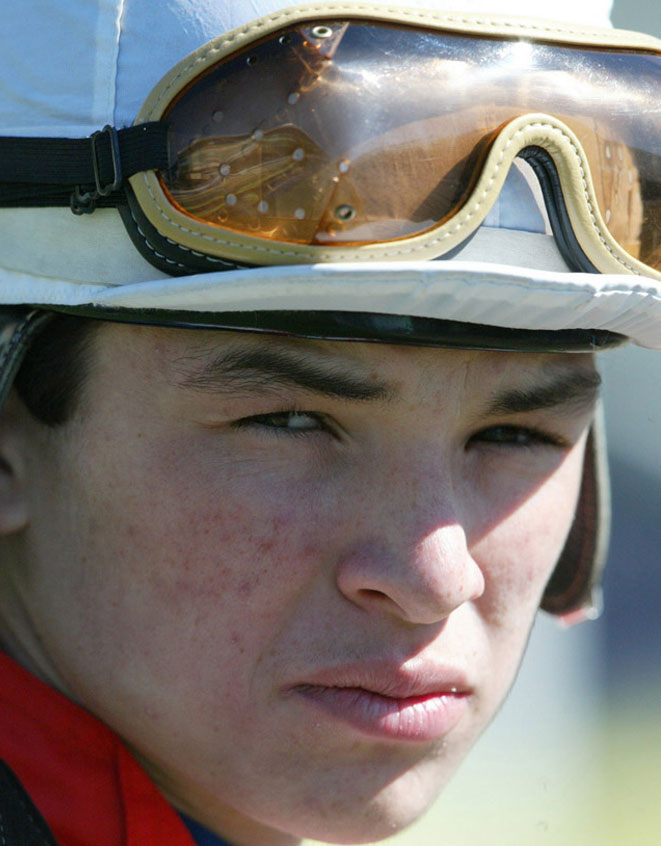 Mick Ruis Jr, the jockey, and Mick Ruis Sr., the trainer, had their moments in the sport, but none that suggested they'd ever play the game at its highest level. The trainer had a small string in Southern California and his son had won a handful of stakes races, but none worth more than $100,000. Yet, when the names of those putting up $1 million to secure a starting spot in next year's Pegasus World Cup was announced there was Ruis Racing right along side giants like Paul Reddam, Coolmore, the Stronach Group and Starlight Racing.

It was when the Ruises decided to leave racing that their financial fortunes turned. Mick Ruis Jr. suffered a setback when his close friend and roommate, the former Churchill Downs announcer Luke Kruytbosch, died in 2008. The jockey decided he needed a break from the sport and while away he gained 15 pounds and was unable to get his weight back down to a level where he could resume riding. Right around the same time, his father was looking to get out of training and do something different. He told the son there was an opportunity for the two of them to buy a construction company that specialized in repairing naval vessels and wanted to know if he wanted in.

“My father called me about a construction company he was looking into buying that did navy ship repairs,” Ruis Jr. said. “It was a small business based in San Diego that he thought we could get going. I was thinking I could probably make about $200,000 a year.”

Having more money than they ever dreamed they would have, both decided to get back into racing, but in different roles. Now weighing 175 pounds, Ruis's riding days were a thing of the past and his father did not want to train. Instead, they decided they would work together to build a quality stable. Their trainer would be still another member of the family, 25-year-old Shelbe.

“We still had a passion for horse racing and so did my younger sister, Shelbe,” Ruis Jr. said. “We decided to invest in horses and get something going with her. My dad and I want to see my sister become one of the biggest and best trainers in the U.S. We now have money to get her quality horses.”

With the help of advisors Kyle Kaenel and David Meah, the Ruises spent about $2 million on eight 2-year-olds at the recent sales and have claimed a handful of horses. The ex-jockey said they are also actively trying to purchase quality horses privately, based both here and overseas. Shelbe Ruis won her first career race on May 15, a maiden special weight race at Santa Anita with Rockport Babe (Rockport Harbor).

“The end game is we want to be a very successful stable, a household name like Zayat, “Ruis Jr. said. “It's a blessing that we were able to be in the game before we struck it rich. We were able to grind it out and we made mistakes along the way and learned how hard it is. We learned a lot and now we can come back and attack it differently, more strategically.”
The Ruis team knows it's unlikely they will have a horse for the 2017 Pegasus World Cup, but they wanted to secure a spot for the future and also believe putting up the money for next year was a smart move.

“We don't have a horse to run in it yet,” the former jockey said. “We're looking at it more as an investment. We have three options. We could sell the spot and make money on it. We could keep the spot and team up with someone with a good horse and maybe split the purse. We could go out and look to find something to buy that can compete in the race.”
One possible strategy would be to sell the spot to B. Wayne Hughes, who did not buy in even though he might own the best horse in the country in Beholder (Henny Hughes).

“Gary Stevens is a good friend and I actually reached out to him about Beholder,” Ruis Jr. said. “I also rode a few horses for Mr. Hughes. You never know, but right now I am sure they're more concerned about her next few races. What we do with the spot is the type of thing that probably won't come to fruition until we get much closer to the race.”