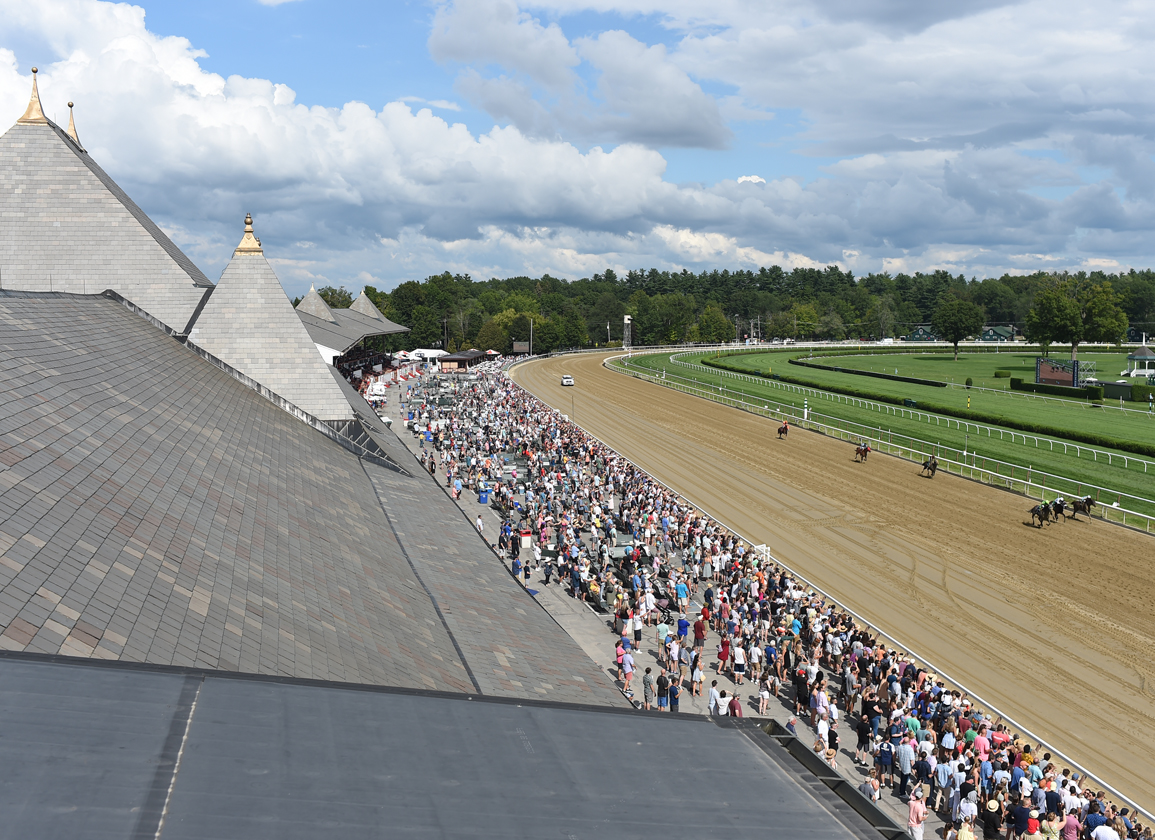 At the completion of Wednesday's card, all-sources handle for the Saratoga meet stood at $709,437,410, which was enough to set an all-time handle mark for the historic race meet. After Wednesday, there were still five days left to the meet, which means the final handle number will shatter all records.

“The record-breaking handle numbers reflect the quality of racing here at Saratoga Race Course and the excellence of the summer meet, where all-sources handle has surpassed $700 million for three consecutive years,” said NYRA CEO and President David O'Rourke. “The business of Saratoga is stronger than at any point in its history, and that would simply not be possible without the support of the horseplayers and the hard work and dedication of the horsemen here in New York.

“Ultimately, these wagering dollars are critically important to sustain a robust purse account that supports hundreds of small businesses and the 19,000 good paying jobs that are directly tied to Thoroughbred racing. Beyond that, the enthusiasm that bettors have for Saratoga allows NYRA to invest in the kind of capital-improvement projects that are so important to the future of the sport. Whether it's a project like the renovation of the Oklahoma Training Track this year, or a frontside improvement like the construction of the 1863 Club, NYRA is committed to investing in our facilities for the betterment of the sport in New York and the industry as a whole. What's also clear is that Saratoga Live and our partnership with FOX Sports has been incredibly effective in reaching existing fans and developing new interest in the sport.”

O'Rourke noted that the return of the fans for this year's meet undoubtedly played a role in not just the robust handle figures, but  the economic well being of the Saratoga community.

“Beyond the gates of Saratoga Race Course, the return of fans this summer has been critically important for downtown Saratoga Springs and the entire Capital Region business,” he said. “For the sixth consecutive year, we will eclipse one million in paid attendance, and this summer will long be remembered for the return of the best fans in racing to their rightful place at Saratoga.”

The record handle was accomplished despite a number of races coming off the turf. Through the 35th day of the meet, 45 races had come off the turf. In 2020, the number was just 31.

Should business remain robust through the end of the meet, NYRA has a chance to eclipse the $800 million mark for total handle. If so, that would mean an increase of about 13% over the 2019 figures.