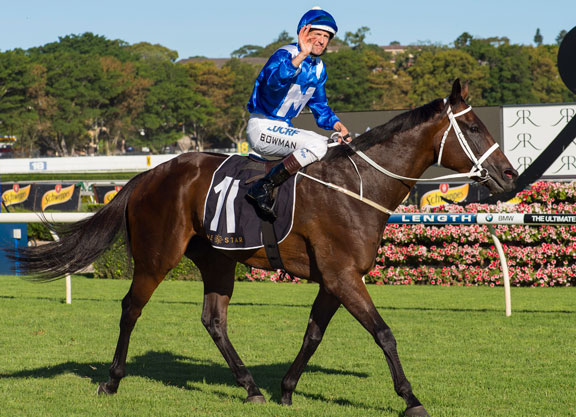 Winx (Aus) (Street Cry {Ire}) was crowned Australia's Champion Racehorse for the second year in a row during an awards ceremony at Brisbane on Sunday evening. The Chris Waller trainee won her 21st consecutive start, the G1 Turnbull S. at Flemington only on Oct. 7–and won all eight of her races during the 2016/2017 campaign, among them a second G1 Cox Plate and the G1 Queen Elizabeth S. in April. Also named the Magic Millions Champion Middle Distance champion, the 6-year-old mare is currently eyeing a third Cox plate on Oct. 28. Chris Waller was honoured with The Bart Cummings Award as the leading Group 1-winning trainer for the previous season and Winx's regular reignsman Hugh Bowman won the Champion Group 1 Jockey Award.