Home » Archive » Shared News » Why Have Standardbreds Gotten Faster and Thoroughbreds Have Not?

Why Have Standardbreds Gotten Faster and Thoroughbreds Have Not? 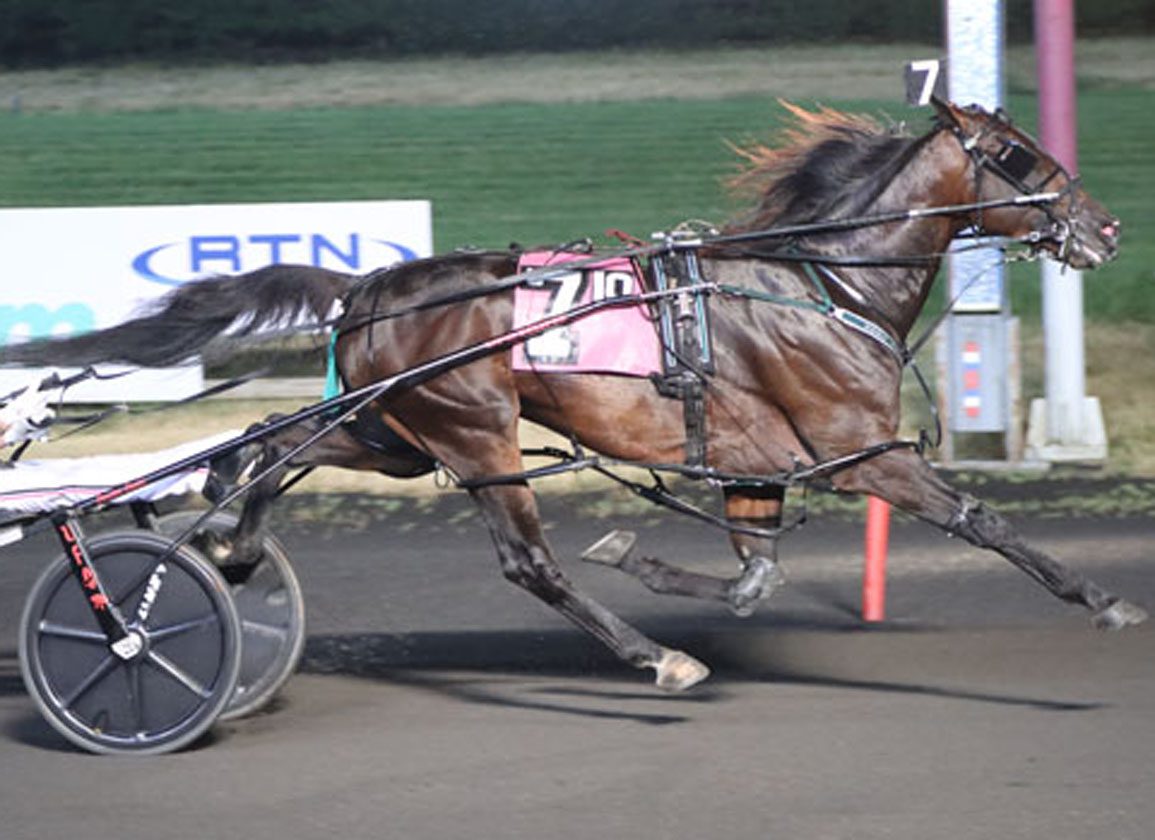 It's been almost 55 years since Dr. Fager set a world record for the mile distance when winning the 1968 Washington Park Handicap at Arlington Park in 1:32 1/5, a record that has yet to be broken. In 1973, Secretariat won the GI Kentucky Derby, covering the 1 1/4 miles in 1:59 2/5, a record that still stands 49 years later. There are other examples, all leading to the same conclusion–the Thoroughbred racehorse is not getting any faster.

Some believe that horses have gotten as fast as they can get, have reached their physical limits and that there's no room for improvement. That was the conclusion reached by Stanford University biologist Dr. Mark Denny, whose 2008 study looked at the evolution of racehorses, greyhounds and human runners.

“While all such extrapolations must be used cautiously, these data suggest that there are limits to the ability of either natural or artificial selection to produce ever faster dogs, horses and humans,” Denny wrote.

But Denny failed to take into account that the Standardbred is doing exactly what he concluded could no longer be done. When Dr. Fager set his record, the fastest time ever by a Standardbred in a one-mile race was the 1:55 clocking turned in by pacer Bret Hanover in 1966. (Trotters are a few seconds slower than pacers).

Today, a 1:55 time would barely get it done in a mid-level race at a mid-level track as there doesn't seem to be any slowing down of this breed. Earlier this month, the record for the fastest mile ever by a Standardbred was set again as Bulldog Hanover won the William Haughton Memorial at the Meadowlands in 1:45 4/5. Since 1968, Dr. Fager's one-mile record has not been surpassed. (In 2003, Najran essentially equaled Dr. Fager's record, going a mile in 1:32.24 while winning the GIII Westchester H.). During that same time frame, starting in 1968, the record mile for a Standardbred has come down by 9 1/5 seconds.

“By far, our horses are just better horses than they were before,” said prominent harness trainer Mark Ford.

Harness racing breeders, owners and trainers say that the Standardbred is still evolving. Bill Solomon owns the Pennsylvania Farm Pin Oak Lane, which breeds both Thoroughbreds and Standardbreds. He says that the trotter or pacer of 2022 looks nothing like their predecessors from 50 or 60 years ago.

“Thoroughbreds have been bred for speed and for racing for a long time, for centuries,” Solomon said. “Don't forget the Standardbred was still used for transportation and commerce into the 1900s. So they evolved a lot later. We're breeding a totally different kind of horse. We used to breed a horse that had more of a Coldblood appearance and now we breed a horse that looks more like a Thoroughbred. Go back and look at a picture of [1951 Little Brown Jug winner] Tar Heel and compare that with sons of Meadow Skipper on to Speedy Crown and today to Somebeachsomewhere and that will answer your question. You will see a horse in Tar Heel that looked like a draft horse and when you get to Speedy Crown you'll start to see horses that look like fashionable Thoroughbreds.”

“I remember when I first got involved, our horses were the proverbial jugheads,” said Murray Brown, the retired general manager and vice president of Standardbred Horse Sales Company. “They were big, they were coarse, they were built more for endurance than they were for speed. It wasn't unusual back then for a horse to go three prep miles before the race. They were bigger and perhaps tougher, but they weren't this fast. They're now being bred predominantly for speed. Look at  conformation pictures of the horses by Tar Heel. You got big, coarse, kind of plain horses. Today's horse is so much more streamlined.”

Another factor has been the advances the industry has made when it comes to equipment, primarily the sulky. They have become lighter and more aerodynamic.

“You hear all the time that the bikes are built so much more for speed now,” Brown said. “There's almost no friction and there's more loft and they just go faster because of that.”

The drivers are another part of the equation. Bret Hanover was driven by his trainer, Frank Ervin, typical of the time when the concept of the “catch driver” had yet to take hold. The trainers who drove their own horses might have weighed 200 pounds and weren't particularly skilled as drivers. Today, the vast majority of the horses are driven by individuals who do nothing but drive. The best invariably weigh in the neighborhood of 140 pounds.

“The main factor is probably the evolution of the breed, but there are other extraneous things like the dominance of the catch driver,” Brown said.