Who's Your Favorite Horse?: Sue Finley 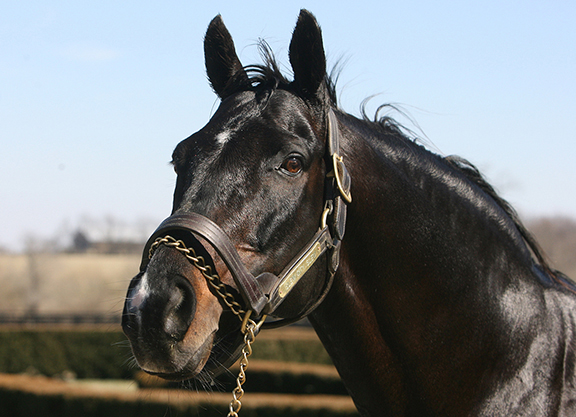 The terms 'best' and 'favorite' are typically two subjective concepts when it comes the Thoroughbred racehorse. The TDN's Gary King reached out to key players from different facets of the industry to hear their thoughts. Email Gary King ([email protected]) to have your say.

I was a terrible hotwalker. In fairness, I didn't grow up around horses; I grew up going to the track. And by the time I got my first full-time job in racing in the NYRA press box, I had seen enough people get thrown, trampled and seriously injured that my fear didn't seem irrational. It just seemed like good common sense.

But when I was 22 years old, I went to Woody Stephens and asked him for a job in his barn at Belmont. He said that he paid his staff on Friday, which meant that several people might not show up on Saturday, and that he could use me on weekends to fill that gap. I was making $13,000 a year at NYRA, or $160 a week take-home, and after my rent, car payment and student loans, I had $15 a week to live on. So the $27 he was going to pay me per weekend actually represented a dramatic lifestyle change for me in that I could now afford food. (Or some food, anyway.)

The first horse they gave me to walk was Soli, by Alydar out of the Grade II winner Nicosia. She was bred by Mill Ridge Farm had just broken her maiden at this point, but they had high expectations for her, and when Sandy Bruno found out that I had no experience, she glared at the person who had handed me the horse, took her back, and sent me over to Billy Badgett's barn, where Woody's 2-year-olds were kept. They told me to take out a Henryk deKwiatkowski filly who hadn't been to the track in two weeks and who constantly spun around in circles as I tried to walk her around the barn. I had no idea how to stop her from doing this, and I can still see Billy's face, which registered a mix of consternation and resignation as he watched me walking around the shedrow with her wheeling and me straightening her out. Over and over.

Over the next couple of months, I would be stepped on, smashed into water buckets, and dragged out of the barn (by the future Northview stallion Two Punch.) I think it was a relief to everyone when the stable shipped to Saratoga, and my real job left me too busy to work at the barn any more.

Still, that winter, in early 1986, I decided to have another go at it, and asked John Hertler for a job, with similar results. The horses in the barn were older, tougher veterans who pretty much pushed me around at will, and the cold weather had them even more on their toes than normal.

But on Apr. 1, we got in our shipment of 2-year-olds, and included in the bunch was a colt by Seattle Slew out of the Grade I winner Weber City Miss. He was bred by Joe Allen, and owned by Allen and Tayhill Stable. His name was Slew City Slew.

Here, finally, was a horse for me. He was not only small, but he was quiet. Maybe he was exhausted. He would plod tranquilly around the shedrow with me, taking a deep sigh and resting his head on my shoulder when we would stop walking. I was in love. He was bomb-proof. Barking dogs, spooked horses, loud noises; nothing startled him. I loved him. I started extending our time together every day, walking him 45 minutes, then a hour. “How long have you had him out?” the foreman, Cathy Riccio, would ask me, sensing it was more than the allotted 30 minutes. “Twenty minutes,” I'd say. I'd hose him, and ice him (neither of which he required), while sitting contentedly in front of his stall, holding the shank. Working with him was the only time I actually felt confident doing the job.

He never raced while I worked at the barn, but finished third-from-last and next-to-last in his two starts at Saratoga that summer. Eventually, he was given to Wayne Lukas, who developed him into a superstar, a multiple Grade I winner who earned over a million dollars and became a track-record setter. (This was in the day when I found Wayne Lukas very intimidating, so I marveled at him from afar.)

After a long stud career at Airdrie, he died in 2013 at the age of 29, and even now, reading Brereton Jones's words at the time brings a lump to my throat.

“Slew will be missed by everybody here at Airdrie as he was with us for so long and was such a wonderful character,” he said. “His professionalism and manners around the breeding shed were second to none. He had such a kind nature that whenever we had visitors to the farm, he was the type of horse you could let young children pet and feed and he would be ever so nice to them.”

I knew exactly what he meant. For me, he wasn't just the best horse I ever worked with, but the kindest. He was the horse who allowed me to know horses as animals–not the version of them we see from the press box, or write about in the paper. He taught me not be afraid of them, and that raised properly with respect and kindness, they're kind and giving, and form remarkable human bonds.

I have always loved the sport of horse racing, but to this day, I owe my love of horses to my favorite horse, Slew City Slew.