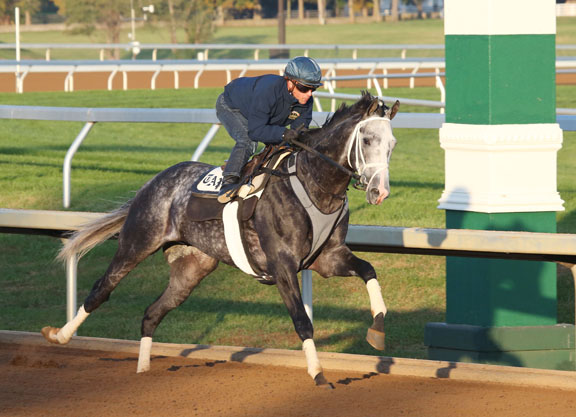 “You have to remember that who I think is going to be the best overall sire and who do I think is going to be the top freshman sire are two entirely different things. I think Liam's Map could be the leading freshman sire. The Liam's Maps are going to be more precocious and I have seen a number that I really like. I don't think they'll be limited to sprinting. I think they will be summer 2 year-olds, but I don't think they will be limited to summer 2 year-old stakes. I think they will stretch out, as well, like he did. He will have more starters than American Pharoah and Honor Code because I think they'll be a little sharper and a little more precocious.

I love American Pharoah and when it's all said and done I think he will be the best sire among this group. I am also high on Honor Code. With Pharoah, I was very impressed by his yearlings. I'm impressed by the ones I've seen down here at the training centers. I agree with Eddie Woods. I don't think they will be sprinters, although Niall Brennan and myself have a Pharoah filly who is very fast. I like the way they move. I like the way they handle their training. They do it with ease and they have a lot of class. I would expect to see some of them run when the races stretch out to 6 ½ and 7 furlongs. I think you'll see more of them run in September and October when we're talking a mile and beyond. They're going to excel when they go two turns. At the same time, I do expect to see some summer 2 year-olds. I expect to see some of them show up at Saratoga and Del Mar. I am extremely impressed with him as a potential sire. I am impressed to the point where I am breeding two mares to him this year.”