Whipping Issue: CHRB Ready To Take Matter Into Its Own Hands 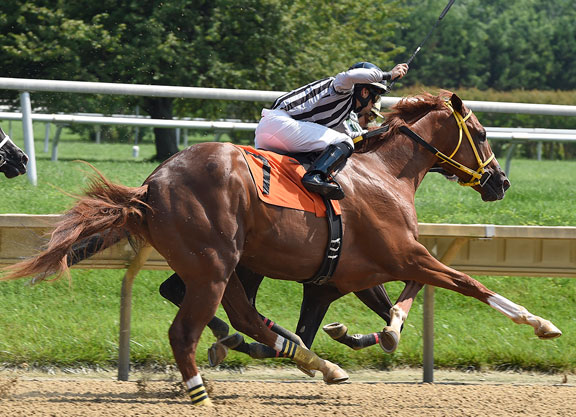 That the whipping of horses during a race may soon be barred at Santa Anita represents a seismic shift in the history of American horse racing but has largely been buried under the torrent of news coming out of California relating to breakdowns, The Stronach Group's (TSG) efforts to end all raceday medication and the fight by horsemen to keep Lasix legal. It hasn't helped that TSG has been so focused on other issues that its representatives have had little to say about the “house rules” they intend to enact regarding whipping; what will and will not be allowed and what the penalties will be for riders who violate the rules?

But the whipping controversy will have a moment under the spotlight Mar. 28 at the next regularly scheduled meeting of the California Horse Racing Board (CHRB), a meeting that should clarify most of the questions that have so far been unanswered.

The CHRB will propose amendments to its already established rules regarding the use of the riding crop that will, for all intents and purposes, outlaw whipping at not just Santa Anita but all California thoroughbred tracks.

If the proposal passes, jockeys will still be allowed to carry a whip, but they will not be permitted to strike a horse in anyway except when they feel doing so is necessary for the safety of the horse or the rider.

Currently, California jockeys may strike a horse three times in succession, but then must give the horse a chance to respond before striking it again.

“I can tell you this does not call for the elimination of the whip, you can still carry it for safety purposes, but you can't use it for any other reason than that,” said CHRB Executive Director Rick Baedeker. “Essentially, I believes these are the same rules that The Stronach Group is looking to implement.”

Baedeker said that not only will a jockey be fined and/or suspended should they whip a horse, but the horse they are riding could be disqualified.

“Say horses are coming down the stretch in a multi-million dollar Breeders' Cup race and the jockey just says, 'the heck with it' and uses the crop because he thinks it will give him a better chance of winning the race, our rules will allow for that horse to be disqualified.”

The CHRB Board members will have to vote in approval of the rule changes, but it is highly unlikely that the new guidelines will be shot down. If the new rules are adopted, it is unclear how long it will take before they are implemented. With all the bureaucracy involved, it is not unusual for there to be a seven to eight-month waiting period between the time a racing rules is approved in California and is implemented.

Though there doesn't appear to be any way that the California jockey colony can prevent the rule change, some jockeys may not approve. Baedeker said he has met with many jockeys and while they are concerned, he said they are well aware of the public relations problems the rash of breakdowns have caused Santa Anita and the need for change.

“I think there was no question from all our call the other day with the Guild and the jockeys that the riders do understand the current situation,” Baedeker said. “It's almost like they're a bit wistful. I understand it's easy for me to make my arguments because I don't make my living riding horses. I'd be surprised if the push-back from the riders is too strong. Naturally, I would expect there would be some.”

Triple Crown winning jockey Victor Espinoza said his policy is to always follow the rules and that he will do so when and if changes regarding the whip are made in California.

“I think I'll be the one put at a disadvantage because I am the strongest jockey out there,” he said. “If that is going to be the rule and that is the case, I always follow the rules. That's it. I think some horses will be affected, definitely. There are laid-back horses that don't want to do anything on their own. But most of the horses are trained to run and bred to run, so I don't think it will affect most of them that much.”

Terry Meyocks, the national manager of the Jockey's Guild, said his primary focus will remain the safety of the riders. He said he had no plans “to go to war” with Santa Anita or the CHRB, but added that he felt the perception that the whip is cruel to horses is way off base.

“We don't think it's harmful to the horse,” he said. “Everybody in the industry has done a terrible job educating the public. The poppers that are now used on the crop are much softer and do not hurt the horse. As for the what Santa Anita and the CHRB is trying to do, we'll see what happens. Hopefully, there will be more discussions and everybody will do what's best for the industry.”