What's in a Name: Duke of Verona (Ire) 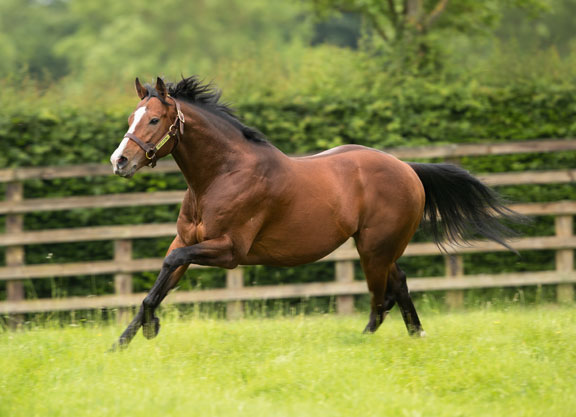 Belardo, the sire of Duke of Verona | Marc Ruhl

Every horse is a mystery. And a winner at 33-1 on its racecourse debut is a mystery that is partially disclosed, like in the case of Duke of Verona (Ire) (Belardo {Ire}), who came to win his maiden on 1-22-21 at Lingfield from very far behind–“from downtown”, as a basketball pundit would have put it.

But there is another little mystery: where does this name come from? Is there a connection among the horses in the pedigree? The investigation took a while. First line of inquiry: was there a Belardo who was Duke of Verona? No, no matter how many Google searches one tried–paraphrasing, changing the order of the words, inspecting all display pages. End of the trail. The case goes cold.

Still, something did not seem quite right. Questions persisted in the mind. Like: was there a Duke of Verona in Shakespeare's “Romeo and Juliet”? And a Belardo? Close, but no cigar: there was a Prince of Verona (Escalus), and no Belardo. Ok. What about “Two Gentlemen of Verona”? No, not really: only a Duke of Milan and no Belardo. So: file closed.

And then, illumination! One more desperate Google search provides the crucial information that Shakespeare is far from being the only one to have written about Romeo and Juliet, the star-crossed lovers of Verona. There is also, among many others, guess who? None other than the Spanish playwright Lope De Vega (1562-1635, contemporary of the Bard). Yes, Lope De Vega, whose equine namesake is the sire of Belardo, sire of our Lingfield winner Duke Of Verona. And, in the list of characters of an English translation of Lope De Vega's play – called “Capulets and Montagues” (Castelvines y Monteses)–two items shine like a lost gem: “Maximilian, Duke of Verona” and “Belardo, a labourer”. Check!

Check, but no checkmate. I wrote to my old Newmarket acquaintance William Jarvis. The trainer kindly referred me to the owner, who has not responded yet. Still, think about it: in any case the connection is there, the stars have been aligned, theatre and horseracing have beaten back the forces of darkness and oblivion–coming from behind, like Duke Of Verona at Lingfield in the bleak mid-winter.