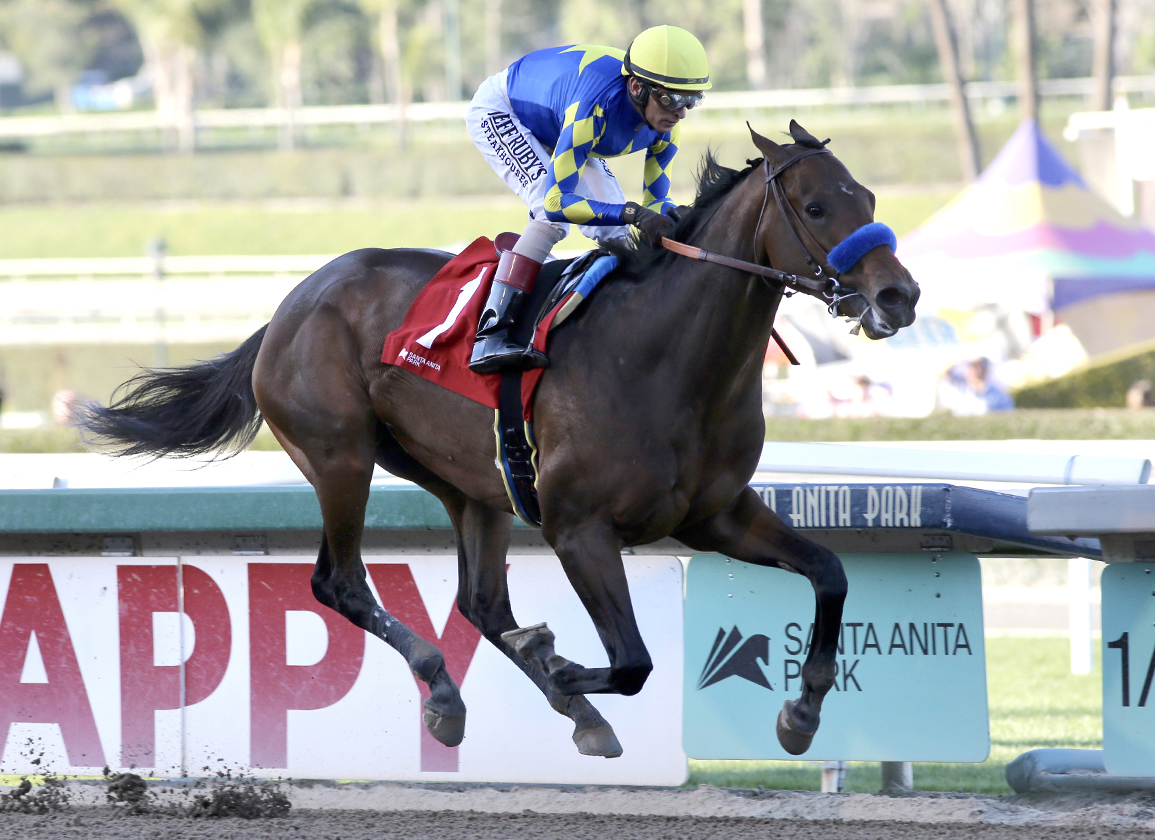 3rd-Parx, $42K, Msw, 2yo, 2f, post time: 1:49 p.m. ET
Less than six weeks after selling to owner Richard Malouf for $100,000 at the OBS March Sale, FERRARI KID (Goldencents) looks to recoup some of that investment in the first race of the season for the 2-year-old males. A :21 1/5 breezer in Central Florida during his Mar. 11 under-tack preview, the bay son of Catch the Flag (A.P. Indy) is a half-brother to SW Checkered Past (Smart Strike), whose 'TDN Rising Star' MGSW/GISP son Messier (Empire Maker) is set to represent the Tim Yakteen barn in the GI Kentucky Derby in a little less than two weeks. Catch the Flag is a daughter of champion Catch the Ring (Seeking the Gold), herself the dam of Sovereign Award winner Catch the Thrill (A.P. Indy) and granddam of SW Curlin's Catch (Curlin). Frankie Pennington, who won Monday's fillies' race aboard Condescending (Exaggerator), has the call for trainer Scott Lake. TJCIS PPs