Ward and Ortiz Team Up at Royal Ascot 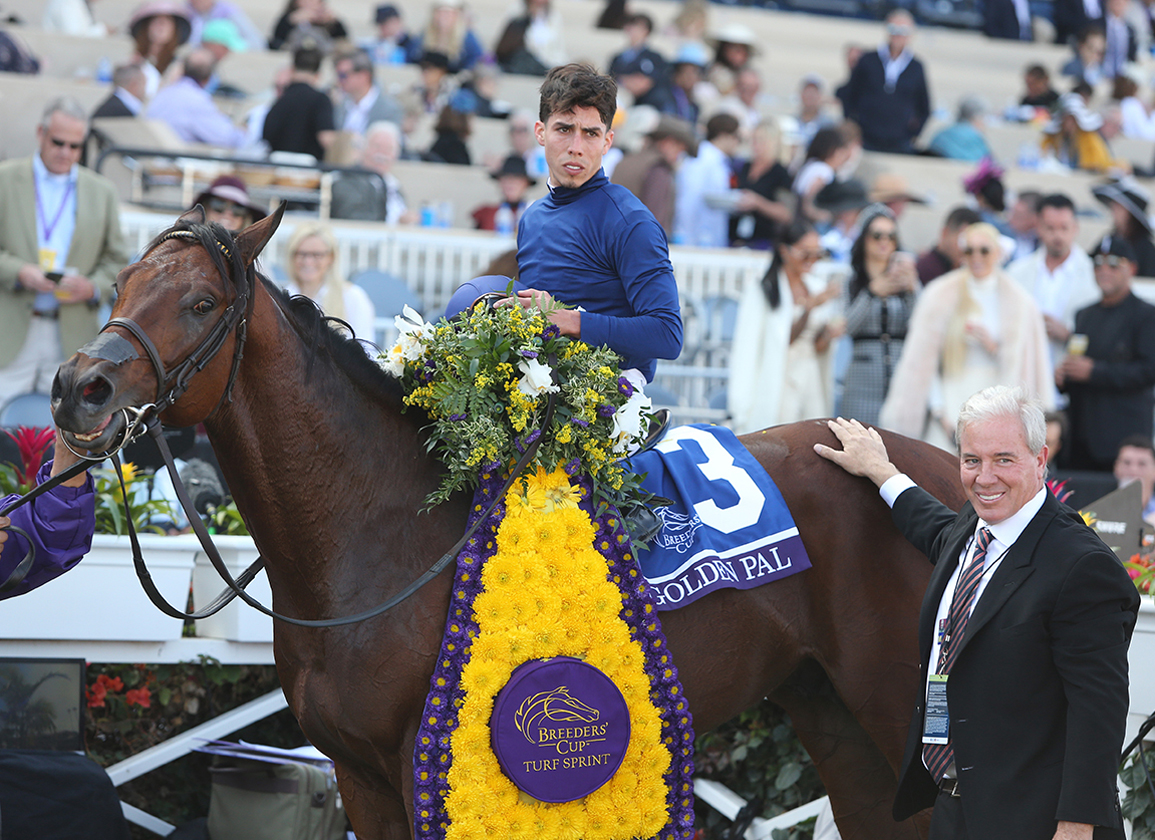 The well-established team of Wesley Ward and Irad Ortiz Jr. will joins forces for the upcoming Royal meeting, which begins June 14. Ward, who became the first American-based trainer to saddle a winner at the Royal Ascot in 2009, confirmed that Ortiz will partner all five of his contenders next week. A three-time Eclipse Award-winning jockey in the U.S., the Puerto Rican native will be making is debut at the meet.

“He's won all over in America and he's just a phenomenal rider who rides with extreme patience,” explained Ward. “He's the man of the moment here in the States, that's for sure. He's put a lot of work in for me early in the mornings and he's so excited to get over to Ascot.”

Among Ward's chief Royal Ascot aspirants, Golden Pal (Uncle Mo), winner of a pair of Breeders' Cup events sprinting over the turf the past two seasons, is slated to contest the G1 King's Stand S. June 14. In his only prior start this season, he won the 5 1/2-furlong GII Shakertown S. at Keeneland Apr. 9.

Also making the trans-Atlantic sojourn is Campanelle (Ire) (Kodiac {GB}), victorious in the 2020 G2 Queen Mary S. before claiming a win in last season's G1 Commonwealth S. via the steward's room. The 4-year-old, who most recently won Keeneland's Giant's Causeway S. Apr. 16, will try to record the hat-trick in the June 18 G1 Platinum Jubilee S. Working in tandem with GI Madison S. scorer Kimari, the Stonestreet runner recorded a recent five-furlong work in 1:00.40 at Keeneland June 5.

“My work rider, Julio Garcia, has been with me for the last 16 years..He rode Campanelle, she broke behind Kimari and he tracked her all the way over five furlongs,” he said. “He eased out with a furlong to go and it almost looked like Kimari was going to keep rolling on and visually watching I was thinking 'uh oh, maybe Campanelle doesn't have it'.

He continued, “Then all of a sudden Julio moved his knuckles just a shade and within three strides Campanelle made up three lengths–she responded like a lion getting to an antelope. It was exactly what we wanted to see. The whole team had smiles on their faces after watching that, which was great to see.”

“[Love Reigns] had about the best debut race I've ever had at Keeneland [Apr. 29]–she won by almost 10 lengths and just scampered away from them,” said Ward of Love Reign. “She has had three or four pieces of work since then, and all of them have been nice and steady and beautiful breezes. Every horse that kind of engaged her, she just exploded away from them.”