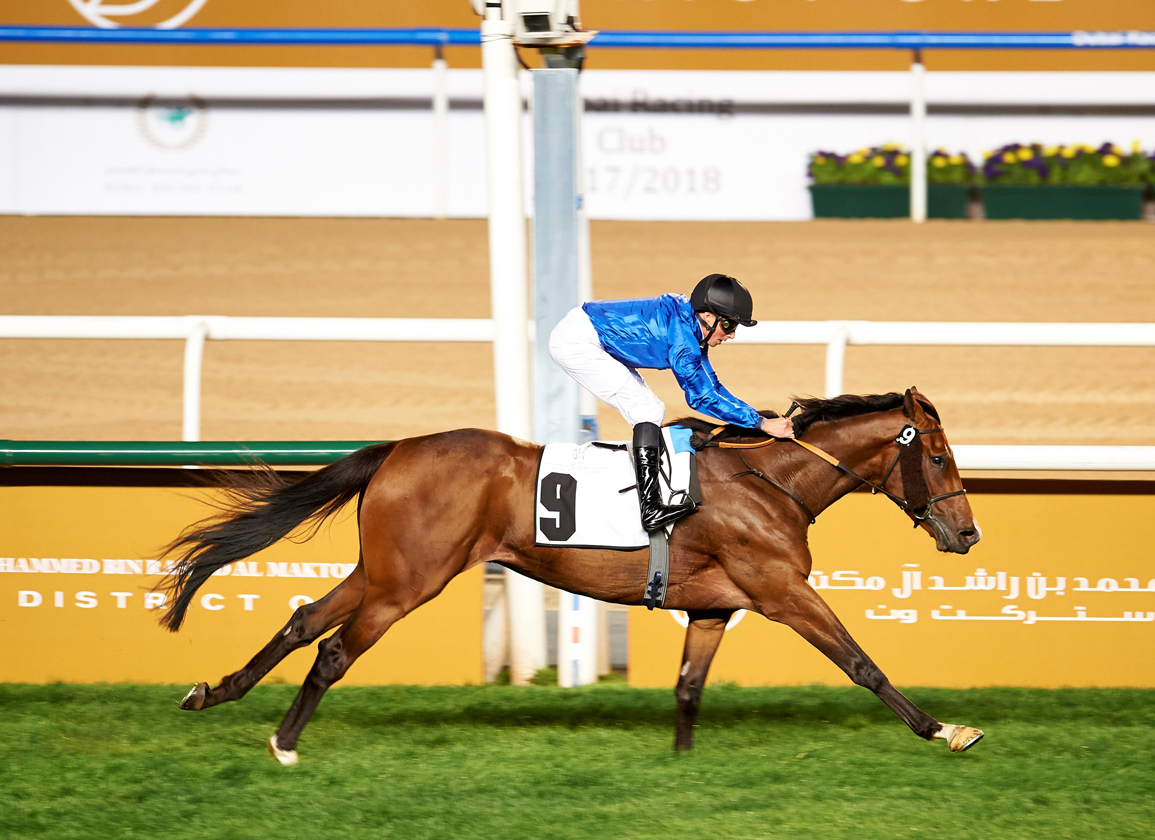 Walton Street (GB) (Cape Cross {Ire}), still lightly raced as a 7-year-old, is pegged as the 8-5 morning-line favorite for Saturday's GI Pattison Canadian International S. going a full circuit of the E. P. Taylor turf course at Woodbine. And if his current form is anything to go by, they might all be running for second prize money.

The bay gelding, Group 3-placed in France in 2019, closed an abbreviated 6-year-old campaign with a victory in the Listed Godolphin S. at Newmarket and resumed witha five-length tally in the Listed Dubai Racing Club Classic at this year's Dubai World Cup Carnival Jan. 21. He completed a three-bagger with a facile success in the G3 Dubai City of Gold S. on Super Saturday Mar. 6 and led into the final furlong of the G1 Longines Dubai Sheema Classic before yielding to finish fourth behind the world-class trio of Misriff (Ire) (Make Believe {GB}), Chrono Genesis (Jpn) (Bago {Fr}) and Loves Only You (Jpn) (Deep Impact {Jpn}), who have since bagged Group 1s in England, Japan and Hong Kong, respectively. His latest third in the G1 Longines Grosser Preis von Berlin Aug. 8 looks strong as well, as the second home that afternoon, Torquator Tasso (Ger) (Adlerflug {Ger}), took out the G1 Grosser Preis von Baden in his next start, defeating Godolphin's Passion and Glory (GB) (Cape Cross {Ire}), among others.

Desert Encounter (Ire) (Halling) looks to join Joshua Tree (Ire) (Galileo {Ire}) as three-time winners of the International. Victorious here in 2018 and 2019 (the race did not take place last year), the 9-year-old has not seen the winner's circle in 15 starts since, but retains his zest for racing as evidenced by a trio of stakes placings this term, including a runner-up effort in the G3 Gordon Richards S. on seasonal debut in April. The bay was most recently second in the Listed August S. at Windsor Aug. 28 behind 3-year-old filly Teona (Ire) (Sea the Stars {Ire}), who caused a 17-1 upset in the G1 Qatar Prix Vermeille Sept. 12. With Danny Tudhope unable to make the trip, Emma-Jayne Wilson has the call from trainer David Simcock.

Half of the eight-strong field prepped in the 10-furlong GIII Singspiel S. Aug. 21, in which Corelli (Point of Entry) came home 1 3/4 lengths to the good of English Conqueror (English Channel). A further length back in third was Belichick (Lemon Drop Kid), the 2020 Queen's Plate runner-up who counts the age-restricted Breeders' S. over this course and distance as his biggest career success.