Walsh Has High Hopes for Invincible Spirit Colt at Tattersalls 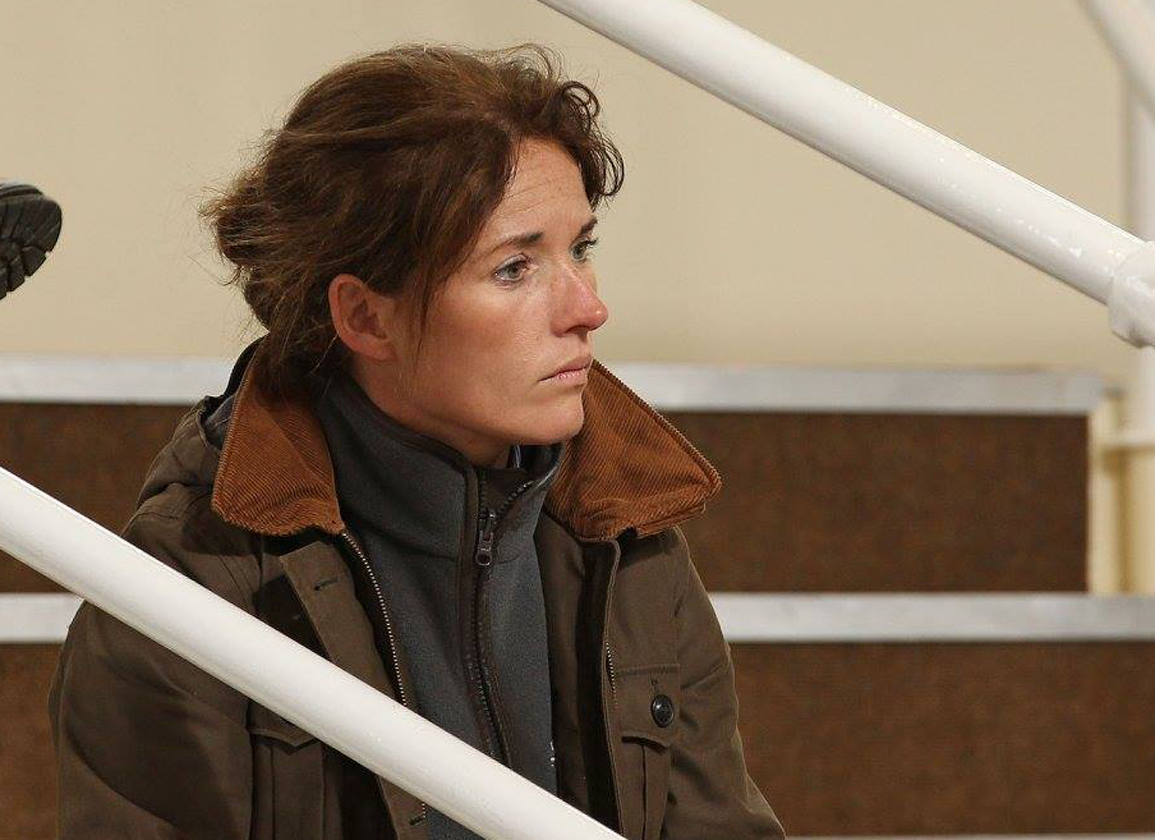 Of the seven horses Katie Walsh offers under the Greenhills Farm banner at the Tattersalls Ireland Goresbridge Breeze-Up Sale on Thursday, none jump off the page quite like lot 42, an Invincible Spirit (Ire) half-brother to dual Group 1 winner Banimpire (Ire) (Holy Roman Emperor {Ire}), who the leading consignor has high hopes for.

Goresbridge has been a good sale for Walsh, who sold GI Breeders' Cup Juvenile Fillies Turf runner-up East (GB) (Frankel {GB}) at Ireland's only breeze-up sale when it was last held at Gowran Park in 2018, and she is upbeat about the prospects of continuing that trend at Fairyhouse this week.

The Invincible Spirit colt may be the ace in the pack, but Walsh says she has “something for everyone” at Tattersalls and expects trade to be strong after another profitable sale for her operation at Arqana last week.

She said, “Miss O'Kelly of Kilcarn Stud owns the Invincible Spirit and I'm delighted to be selling one for her. She is a great supporter of Irish racing and, as she doesn't keep her colts, she decided to breeze him when he missed the yearling sales. Hopefully he will do a nice breeze on Wednesday and will sell well for them on Thursday.

“The Saxon Warrior (Jpn) (lot 151) filly is pretty smart as well and I have a Brazen Beau (Aus) (lot 73) colt who I think is pretty sweet, so I am looking forward to the sale. There's a nice mix of horses there and I have something for everyone. From a smaller-priced horse right up to the Invincible Spirit with a really good pedigree, and everything in between, we have a nice team.”

Walsh added, “It's been a good year for us without having anything off the charts. We had a good sale at Arqana last week. Dad [Ted Walsh] bought an Almanzor colt as a yearling for €12,000 and he made €65,000 last week. That was a good result.

“We'd an Acclamation (GB) filly with a good pedigree, who Peter Nolan bought for me as I was just after having a baby at the time, and she cost 38,000gns as a yearling and we turned her into €120,000. That was super.

“I also bought a Showcasing colt for 50,000gns and he only made €55,000. I thought going to Arqana that he was the best one I had but that's the way the sale went, and hopefully he can be lucky for his new connections.”

Matching the right horses for what buyers want in each sale is hugely important and Walsh revealed that the Invincible Spirit colt was entered for Goresbridge on the basis that it would give him a maximum opportunity to shine.

Speaking about her approach to the breeze-up sales, Walsh explained, “You set out at the start of the season to try and buy the best physical with the best pedigree for the right money. Sometimes you get lucky and it just happens for you but more often than not you have to dig a bit deeper to make it happen.

“Every horse that I bring to a breeze-up sale, they are there to be sold and the main objective is to come home with empty head collars, win, lose or draw. My business model is to get them sold and to start with a clean slate when the yearling sales start.

“What determines what sale I go to, I suppose it's driven by physical and by pedigree, and sometimes it's better to be a big fish in a smaller pond. When it comes to Goresbridge, it's always been a good sale for me down through the years, and I am lucky enough to be bringing the nice Invincible Spirit colt this year with a big pedigree. He looks like he might be a big fish in a small pond along with the Saxon Warrior filly. I'm lucky to have two big pedigrees there and they are nice physicals as well.”

Reflecting on preparing East, who was knocked down to Stephen Hillen for €315,000 at this sale in 2018, Asymmetric (Ire) (Showcasing {GB}) and Caspar Netscher (GB) (Dutch Art {GB}), who have flown the flag for Walsh with great distinction in this sphere, she added, “East was sold on behalf of a client but it was fantastic to get her. She was a very good filly, extremely fast and forward, and by a fantastic sire. I was lucky to get the phone call to prepare a Frankel filly for Goresbridge. I was absolutely over the moon. It was a lovely thing to do and lovely to be associated with a really good filly like that.

“I prepared Asymmetric  last year and he was a very good colt who went on to win a Group 2 but the one who got me going was Caspar Netscher.”

Walsh's seven-strong team will be among the 217 horses to breeze at Fairyhouse at 10 a.m. on Wednesday. The sale kicks off at 10:30 a.m. on Thursday.