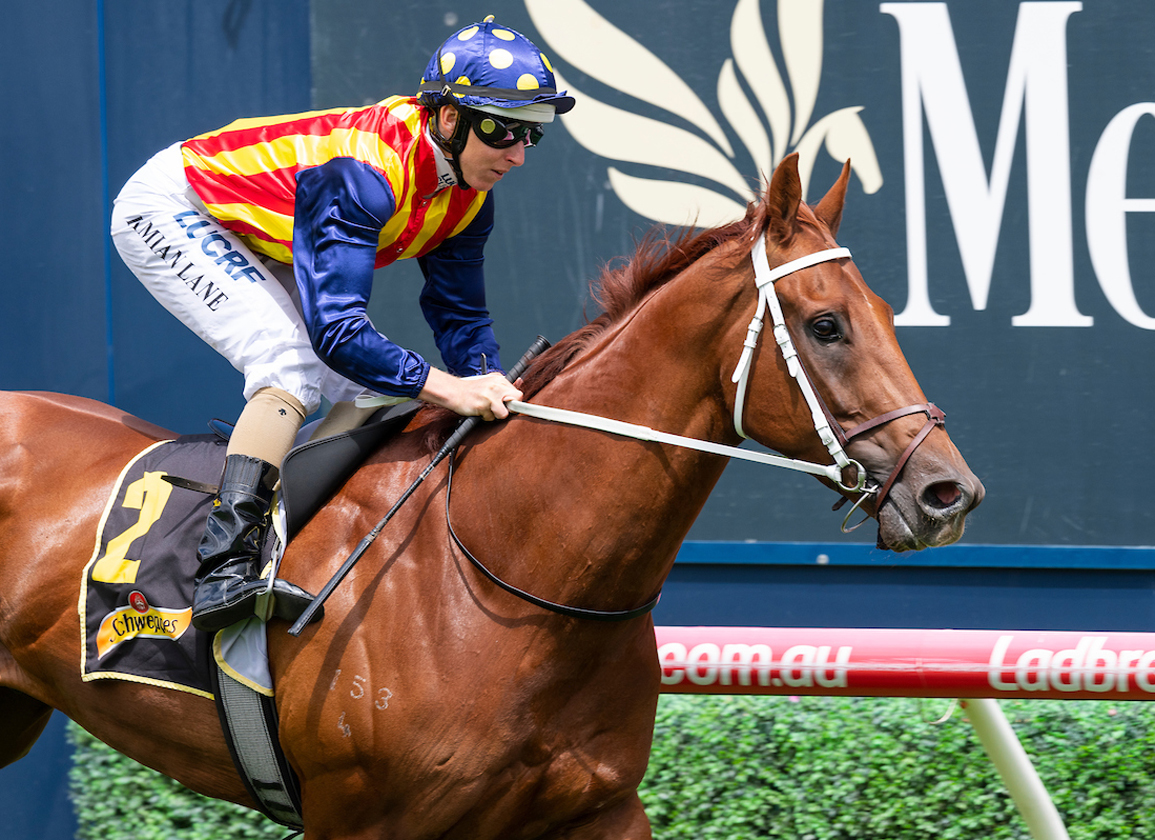 Chris Waller, trainer of Home Affairs (Aus) (I Am Invincible {Aus}) and Nature Strip (Aus) (Nicconi {Aus}), two of the fastest horses in the world, provided an upbeat bulletin on his Royal Ascot hopefuls after they had their first experience of the track on Friday morning.

Home Affairs is on course to run in the G1 Platinum Jubilee S. while Nature Strip is a leading fancy for the G1 King's Stand S. for Waller, who will forever be remembered for his handling of Australian legend Winx (Aus) (Street Cry {Ire}) and, more recently, last year's G1 Melbourne Cup winner Verry Elleegant (NZ) (Zed {NZ}).

Nature Strip, one of the most decorated sprinters in the world with eight Group 1 wins to his name, and Home Affairs, twice successful at the highest level, were reported to have come through their breeze at Ascot racecourse with flying colours, according to the trainer.

Waller said, “It was pretty much a perfect trip–they had two stopovers, one in Singapore and one in Dubai.

“Collectively they drank 120 litres of water on the flight and I think that's the key for anyone travelling, just making sure they're well hydrated.

“They put on a couple of kilos on the flight but now they're back to their normal weights, so they needed to do a little bit of work this morning.

“Today was their first piece of fast work for two weeks, they just needed a little bit of stimulation and I was pretty happy with what they did.”

A handful of international raiders have based themselves in Newmarket while American handler Wesley Ward has taken his team to Chelmsford racecourse in the build-up to next week's royal meeting.

Waller was full of praise for the facilities in Lambourn, a racing centre more celebrated for its jumps inhabitants, as well as his European training colleagues.

He said, “It's been great, a lovely relaxed environment. It's amazing, the facilities over here, it's awesome–the horses just enjoy themselves and are very relaxed.

“Like a lot of training centres around the world, we train in the city and everything is a rush. There's a lot of horses in a small area, but not here, it's all about the horse and it's no wonder the English, Irish and French turn up so many good winners.”

He added, “You train to your own environment, we know what works in Australia. I have the utmost respect for how hard it must be to train a horse here.

“In particular they've got to have their horses right for six months of the year, we have 12 months to get things right. If you miss a carnival, you've got another one two or three months later–but there's only one Royal Ascot.

“The way the English and Irish trainers, and the French as well, the way they prepare them for their races is quite unique. We have prep runs, we don't get them ready for a 2000 metre race first time.”

While Winx never made the trip to Ascot that so many fans hoped for, Waller is not a total stranger to Royal Ascot having sent Brazen Beau (Aus) (I Am Invincible {Aus}) to race in 2015.

The son of I Am Invincible came close to victory in the then Diamond Jubilee S., finding only the Ward-trained Undrafted (Purim) half a length too good.

Asked what he learnt from his experience with Brazen Beau, Waller said, “That it would be achievable to win a race here one day.

“We almost pulled it off, so not much has changed really, we almost got it right and we'll try to get it right this time.”