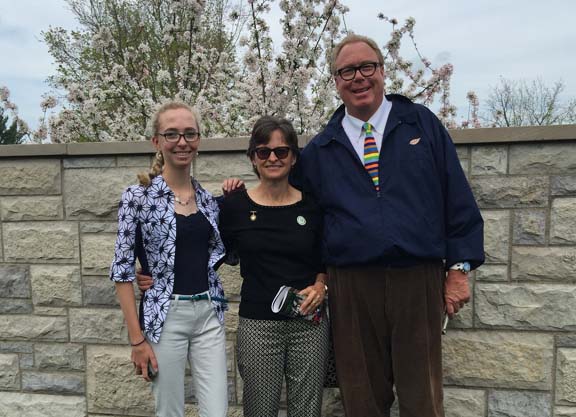 After more than 30 years as a staple in the Thoroughbred breeding and racing community, Ben Walden, Jr. has announced the full dispersal of more than 50 horses owned by he and his wife, Elaine, at the upcoming Keeneland September and Keeneland November sales.
“The last two years have brought forth several Christian Ministry opportunities in which I have found myself investing more and more time,” said Walden. “Elaine and I have become the host of an inventory and distribution facility for FirstLove Publications, a Simi Valley, California-based book ministry that distributes titles on sound Biblical doctrine and evangelism all over the world, free of charge. It is very difficult to be successful today in the Thoroughbred industry without a singular focus and relentless commitment. Our farm, Paul’s Mill, is on the market, so this step is a natural part of our progression.
“A recent month-long mission trip to the Philippines had a unique impact on the decision to walk away from the horse business,” he added. “It has been a blessed vocation for me and Elaine that no doubt has been a gift from the Lord. I wrestled with him on this decision for some time, failing to believe that He wanted us to give it up. But we believe He does.”
The Waldens’ full dispersal will include six yearlings at Keeneland September, including two Tiznow fillies and an Arch colt. At Keeneland November, his dispersal will consist of 18 weanlings and 27 mares and/or fillies in training. Among the Waldens’ collection of broodmares are some deep Claiborne Farm families and mares in foal to leading sires like Uncle Mo, Pioneerof the Nile, Kitten’s Joy, Distorted Humor, among others.
A major component of Walden’s business approach through the years has been to buy and develop horse farms. He founded Vinery in 1985, and over the next 12 years built it into a successful commercial farm with over 30 stallions and a huge sales presence at the annual Keeneland September sales. Among Vinery’s three leading freshman sires was Red Ransom, who Walden purchased from Paul Mellon’s Rokeby Stable by “sealed bid” as a non-stakes-winning son of Roberto that had set a track record at Saratoga in his first start as a 2-year-old.
In 2000, the Waldens purchased 200 acres on the corner of Iron Works Pike and Newtown Pike from Castleton Farm. Named Gracefield, they developed the farm over a seven-year period before selling it to Lisa Lourie, who renamed it Spy Coast Farm. On behalf of Brad Kelley, Walden purchased Hurricane Hall from Dinwiddie Lampton in 2005, and he became partners in the business with Kelly, Pat Madden and David Hanley. Several restorations were made to Hurricane Hall under Walden’s management, including the addition of a one-mile Polytrack uphill gallop, and such top racehorses as Artie Schiller, Bellamy Road and English Channel were brought in off the track and given their respective starts at stud.
After the partnership at Hurricane Hall was dissolved in 2008, Walden acquired Pauls Mill in Versailles. The 265-acre farm was virtually rebuilt for horses after Walden acquired the property in 2008. Pauls Mill is currently for sale.
“Part of my passion for this business was building farms from the ground up, and finding broodmares from female families with lasting value,” Walden said.
Walden is responsible for breeding over 100 stakes winners to date. Among the Grade I winners he bred are Breeders’ Cup champions Corinthian and Artax, the latter capturing an Eclipse Award in 1999 as champion sprinter.