Vincent O'Brien Is First Trainer Inducted To Hall Of Fame 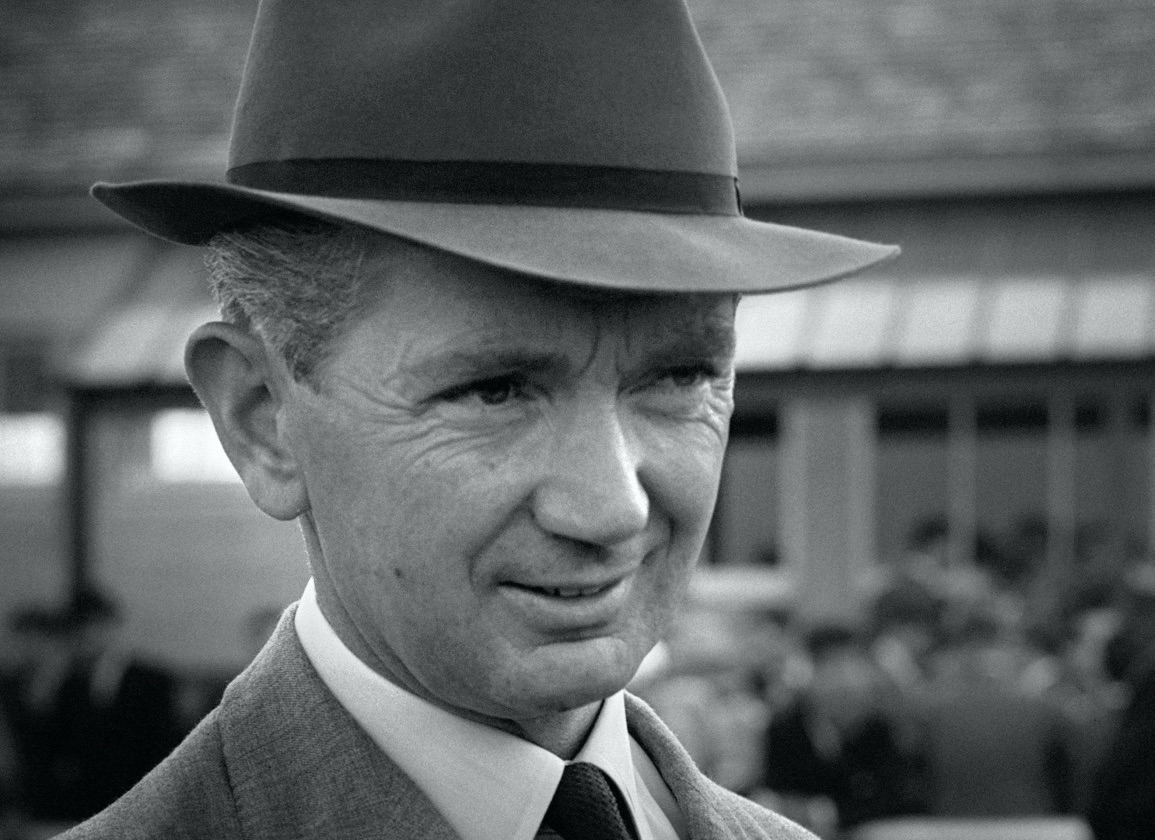 The late Vincent O'Brien, a master trainer on the Flat and over jumps, is the first of his profession to be inducted to the QIPCO British Champions Series Hall of Fame. His name was announced along with three equine stars of the 1970s, Mill Reef, Nijinsky and Brigadier Gerard (GB).

Marking the 10th anniversary of QIPCO's sponsorship of the British Champions Series, the Hall of Fame was launched in May with the inaugural inductees Lester Piggott and Frankel (GB).

During an illustrious career, O'Brien notched 141 Group 1 wins, with 67 of those coming in the UK, including six Derby winners. Prior to that his extraordinary success in the National Hunt field included training three consecutive winners of the Grand National. Moreover, he played a hugely significant role in the development of Coolmore Stud in partnership with his son-in-law John Magnier and Robert Sangster. O'Brien's particular liking of the stock of Northern Dancer led to some of Ballydoyle's and Coolmore's leading lights, including his fellow inductee and Triple Crown winner Nijinsky, and the Sangster-bred supersire Sadler's Wells.

“No racing decade ever had a start like the 1970s. Nijinsky, Mill Reef and Brigadier Gerard–three horses of the century only a year apart. No Derby winner more majestic than Nijinsky, no Arc winner more of a mould-breaker than Mill Reef, no miler more complete than Brigadier Gerard,” said Hall of Fame panellist and broadcaster Brough Scott.

“Irish genius Vincent O'Brien added to the magic of that era, setting a standard most could only dream of matching. He changed the racing and training landscape, and his legacy lives on at Ballydoyle and Coolmore–which remain two of the world's greatest racing operations to this day.

“They individually and collectively deserve these places within the Hall of Fame and the panel and I offer our heartfelt congratulations to their connections.”

Vincent O'Brien's son Charles said, “The QIPCO British Champion Series Hall of Fame is a wonderful initiative and, on behalf of the O'Brien family, we are absolutely delighted that Vincent O'Brien is the first trainer to be inducted. His achievements, both in the National Hunt and Flat spheres, are unparalleled and highly unlikely to ever be matched. Additionally, his creation of Ballydoyle as a training centre and his involvement in the early days of Coolmore Stud will ensure that his legacy will live on. We would like to thank QIPCO and the judging panel for helping to ensure that this is the case.”

Nijinsky, whose name is intertwined with both O'Brien and Lester Piggott, claimed the Triple Crown in 1970, a feat that has not been repeated in the intervening years. From a hugely successful stallion career, he remains the only sire to have had a winner of the Derby and the Kentucky Derby in the same year, in Shahrastani and Ferdinand.

Brigadier Gerard, bred in Britain by his owners John and Jean Hislop, was ridden by Joe Mercer to win 17 of his 18 races, including the 2000 Guineas, two Queen Elizabeth II S., and two Champion S.

Mill Reef, trained by Ian Balding, was runner-up to Brigadier Gerard in the 2000 Guineas of 1971 but was never beaten again in subsequent starts, including in the Derby and Prix de l'Arc de Triomphe. Fifty years on from Mill Reef's magnificent 3-year-old season, his trainer's son Andrew Balding is currently leading the trainers' championship in Britain.

Connections of the four inductees will receive a specially commissioned medal which will be displayed at Doncaster on Cazoo St Leger day (Saturday) as part of a QIPCO British Champions Series Hall of Fame exhibition. The exhibition can be found within the racecourse's grandstand in the Grandstand Enclosure.

A number of additional inductions will be announced in the build-up to QIPCO British Champions Day at Ascot on Saturday, Oct. 16. These include one horse chosen by the public, who can vote here until Sept. 24.