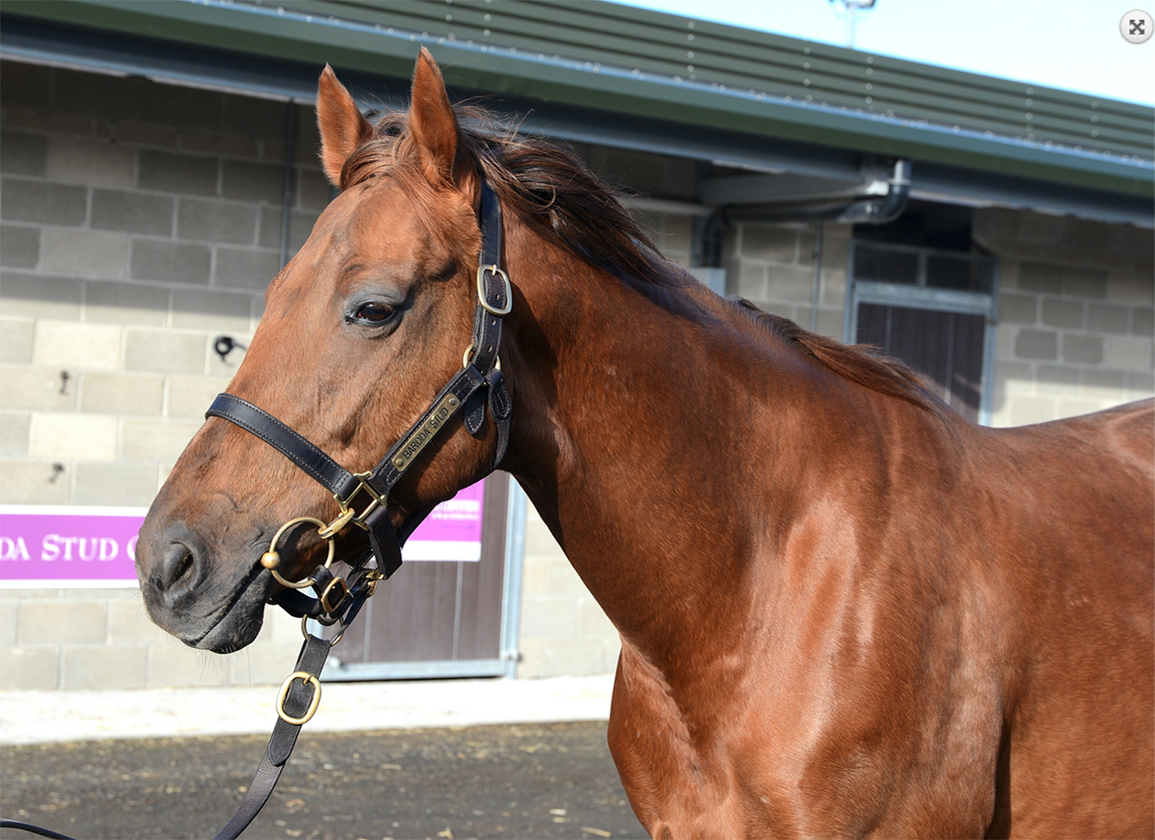 KILDARE, Ireland–The ever-changing nature of the bloodstock sales scene, particularly through two years of pandemic-induced disruption, has prompted regular use of the phrase 'direct comparisons do not apply'. This is certainly true of this year's February Sale at Goffs, which was extended to three days for the first time in a while. So while the fluctuations of percentage points in different sectors of the market may mean little, what can be gleaned from the returns over the last three days is that there has been a pleasingly solid if unflashy start to the Irish sales year.

Even being able to hold a live sale is not something that any of the auction houses have been able to take for granted in recent times, but when this auction last happened in roughly the same format two years ago, just before the world ground to a juddering halt, a smaller catalogue resulted in 293 horses sold for an average of €13,920 and median of €6,500. Now, in this new world of covid compliance officers and masks here and there, the bloodstock world continues to rally in the face of adversity, and both those markers improved significantly this week, to €17,103 (+25%) and €9,000 (+12.5%). The turnover was €6,020,200 for 352 horses sold at a clearance rate of 72%.

“We are pleased to have kicked off 2022 in a positive way and, perhaps more importantly, with a feeling of normality,” said Goffs Group chief executive Henry Beeby.

“The result has been a sale of vibrancy that picked up the positivity of the Goffs November Foal & Breeding Stock Sale with strong competition in each category. Of course comparisons with 12 months ago are legally redundant but it is heartening to see that the sale has made significant progress when compared to 2020 by rising by nigh on 50%.”

He added, “As in November we would like to pay particular tribute to the Shadwell Estates draft from Derrinstown Stud and from Baroda Stud as their blue blooded consignment added additional depth to the catalogue although there were several other drafts of note for which we are also most appreciative whilst we are grateful to the entire vendor group for supporting the sale as their first choice in such huge numbers. They have been rewarded with a broad and eclectic buying bench from home and abroad all of which was backed up by a significant online presence.

“So all in all a very encouraging start to 2022 which allows us to look forward with a degree of hope and confidence.”

The only mare sold with a covering to the promising young sire Mehmas (Ire) commanded the top price of the final day, with Recife (Ger), a daughter of Giant's Causeway out of a full-sister to the GI Beverley D S. winner Dynaforce (Dynaformer) fetching a bid of €110,000 from Rathbran House Stud.

“She's a lovey young mare by a superb broodmare sire, and she's from a very good family,” said John Rowe, manager of the Co Meath-based farm after signing for lot 476, who was offered by Baroda Stud.

Now seven, Recife ran only once in her native Germany, but that outing did result in victory, and her family is fairly liberally sprinkled with black type, including her half-brother, the GI Secretariat S. runner-up Stormy Len (Harlan's Holiday). Her first foal, a Kodiac (GB) colt who has just turned two, was bought by Rabbah Bloodstock for 90,000gns and the mare also has a yearling filly by Churchill (Ire).

With the Group 1 winner White Moonstone (Dynaformer) having been a late withdrawal from the sale, the leading light from the Godolphin draft was lot 565, the Raven's Pass mare Belonging (GB), who was signed for by Charles Shanahan at €90,000. Covered last May by Dark Angel (Ire), the 12-year-old mare has two winners to her name to date and is a half-sister to the stakes winners Desideratum (GB) (Darshaan {GB}) and Poet Laureate (GB) (Highest Honor {Fr}).

Tally-Ho Stud took home another of the Godolphin offerings, lot 580,Panegyric (GB) (Monsun {Ger}), who was offered in foal to Cracksman (GB) and sold for €85,000.

The first foals of the Arc winner Sottsass (Fr) are arriving this season and a mare carrying a member of his second crop, the Listed-placed Bellajeu (GB) (Montjeu {Ire}), was the selection of Ghislain Bozo of Meridian International, with Francois Drion signing the ticket on his behalf  at €57,000. Consigned as lot 546, the 10-year-old hails from a family cultivated by the late Peter Harris at Pendley Farm. Bellajeu's third dam is the G1 Yorkshire Oaks winner Connaught Bridge (GB) (Connaught {GB}), whose descendants include G1 Middle Park S winner Primo Valentino (Ire).

Last through the ring was the supplementary lot 599D, Bridal Knot (Ire), a 5-year-old Walk In The Park (Ire) sister to the multiple Grade 1-winning chaser Might Bite (Ire) (Scorpion {Ire}) who was bought for €90,000 by father and son, both named Seamus Byrne.