Under Glare of Probing Questions, Curious Answers in Kentucky 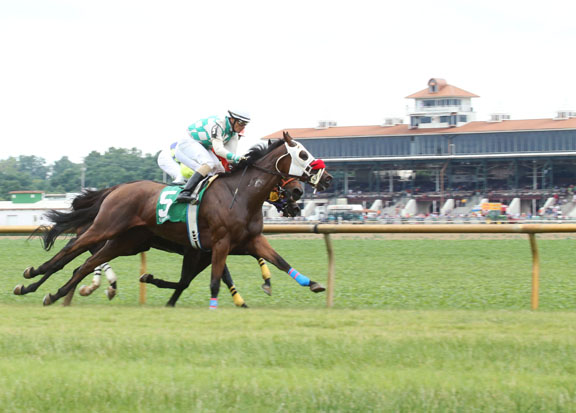 In theory, state racing commissions are supposed to provide a layer of checks and balances by making both racetrack operators and horsemen accountable for their actions. In practice though, that often doesn't happen because regulators in many jurisdictions fail to ask probing questions of licensees during open, public meetings.

In Kentucky, for example, if you want the most concise on-the-record snapshot of what's going on with the circuit, the best source generally isn't a Kentucky Horse Racing Commission (KHRC) meeting. Instead, the proceedings of the Kentucky Thoroughbred Development Fund (KTDF) advisory committee are usually far more informative and insightful.

Bill Landes III, who chairs that committee as a representative of the Kentucky Thoroughbred Owners and Breeders Association (KTOB), is known for cutting to the chase and asking blunt, common-sense questions. Representatives of the state's five Thoroughbred tracks must update the advisory board on how each track is spending money for purses, capital improvements, marketing, and other aspects of their racing operations, and those executives are obliged to answer every query tossed at them, because the KTDF board recommends to the full commission how to allot the millions of dollars in purse supplements generated by live, simulcast and historical horse race betting.

During last week's KTDF advisory board meeting, two exchanges stood out. One put management of Turfway Park on the spot over equine safety. The other revealed surprising reluctance by a Kentucky Horsemen's Benevolent and Protective Association representative to embrace a master plan for improving the infrastructure and quality of racing at Ellis Park.

At one point during the Apr. 6 video meeting, Tom Minneci, the senior director of finance at Churchill Downs, Inc. (CDI), the gaming corporation that owns Turfway, had just finished giving a financial rundown of the track's recently-completed meet.

Landes then asked KTDF board members if there were further questions for Turfway, and Doug Hendrickson, who represents the KHRC on the KTDF advisory committee, had a one-word query: “Fatalities?”

Minneci deferred comment to Tyler Picklesimer, Turfway's director of racing and racing secretary. When Pickelsimer did not immediately respond, Minneci asked Chip Bach, the track's general manager, for help in coming up with the answer.

There was an awkward moment of silence, during which both Pickelsimer and Bach seemed to be caught off guard by the KTDF wanting to know about horse deaths.

“I've got our handle numbers in front of me. I don't have that in front of me,” Bach said. After another pause, he added, “Tyler, do you see it?”

Pickelsimer responded that he did not know the number of equine fatalities that had occurred at his track over the last three months. “I know it was a good meet, but I don't have that in front of me, no.”

Landes, who can be as diplomatic as he is direct, didn't see the need to make the Turfway execs squirm any longer over not knowing something important that they should have. He suggested to have the minutes of the meeting reflect their non-answer as a “deficiency” that needed to be addressed at the next meeting.

Bach promised to come up with the correct figure at that time. He probably should have stopped there, but felt compelled to add that, “The problem with some of the fatality numbers is horses can meet that number after they've left the track. So I just want to make sure that we've got a right number for you. Sometimes we have to go to the commission to get that number.”

This is disquieting on several levels. First, as a corporation, CDI likes to describe itself as being an industry leader in equine safety. Yet neither the GM nor the director of racing at its Turfway operation could state for the record how many fatalities occurred there over the past 90 days, or even offer a ballpark figure.

It's also circularly bizarre that a KHRC board member asked Turfway executives the fatalities question in the first place, but a Turfway official responded that he needed to check with the KHRC to obtain the correct number.

Later in the meeting, Jeff Inman, the general manager at Ellis Entertainment LLC, was running down a list of necessary (but generally low-level) capital improvements that Ellis Park was trying to have completed before the start of its meet June 27.

Landes politely interjected, wanting to know when Inman's company was going to come through on the big-ticket items it promised when it bought Ellis Park in 2019, like the widening of the turf course and the installation of lights, which would allow Ellis to slide into a more lucrative twilight simulcast time slot while avoiding the brutal summer heat that is detrimental to horse health and sometimes causes cancellations.

Landes termed those improvements “long overdue, and everybody knows it.”

Inman replied that the turf course widening is likely to happen first, but not until after the 2021 meet.

“If we regain capital funding, we will start work after the horses leave, [by] late October, early November,” Inman said.

J. David Richardson, who, like Landes, represents the KTOB on the KTDF advisory committee, concurred with the chairman.

“I do believe that Ellis Park has enormous potential to do much, much better with at least some opportunity to run under lights and expanded turf racing on a course that's not torn up because you have to overuse it,” Richardson said. “I really want to reiterate…how positive I think this could be for Ellis Park, for Kentucky racing, and for strengthening the whole circuit that we all are trying to do in terms of making Kentucky horses more valuable.”

Landes said he believed that Kentucky Horsemen's Benevolent and Protective Association (KHBPA) president Rick Hiles and KHBPA executive director Marty Maline “would agree with me [that] if you get twilight racing at Ellis Park and some lights there, there ain't no telling what y'all could do. And I'm not telling you something you don't know. I'm hoping Rick and Marty agree with that.”

But when Landes directly asked Hiles–who is a KTDF advisory committee member representing the KHBPA–for his opinion on the Ellis improvement plan, Hiles said he couldn't fully endorse the concept of twilight racing.

“I'm a little concerned about moving racing post times back too far, simply because of the ship-ins from Louisville and Lexington losing an hour in time zones and coming back late at night,” Hiles said. “Getting back at 12, one, two o'clock in the morning–I just don't know how [horsemen] are going to react to that.”

Landes seemed surprised by the HBPA's noncommittal stance, but he tactfully acknowledged that the concerns Hiles articulated about the late nights were valid. (Maline, who was present for the video meeting, chose not to speak on the subject.)

“Well, you have that issue to a certain extent at Turfway,” Landes reasoned, meaning late shipping after night racing. “And [at Ellis] it's either coming in at one or two o'clock in the morning or dealing with 108 or 110 degrees” during afternoon racing.

It must have been frustrating for Landes and other KTDF advisory board members to be pressing Ellis to make good on promises that could strengthen the entire circuit only to learn that the elected horsemen's representative on their board wasn't entirely supportive of the idea.