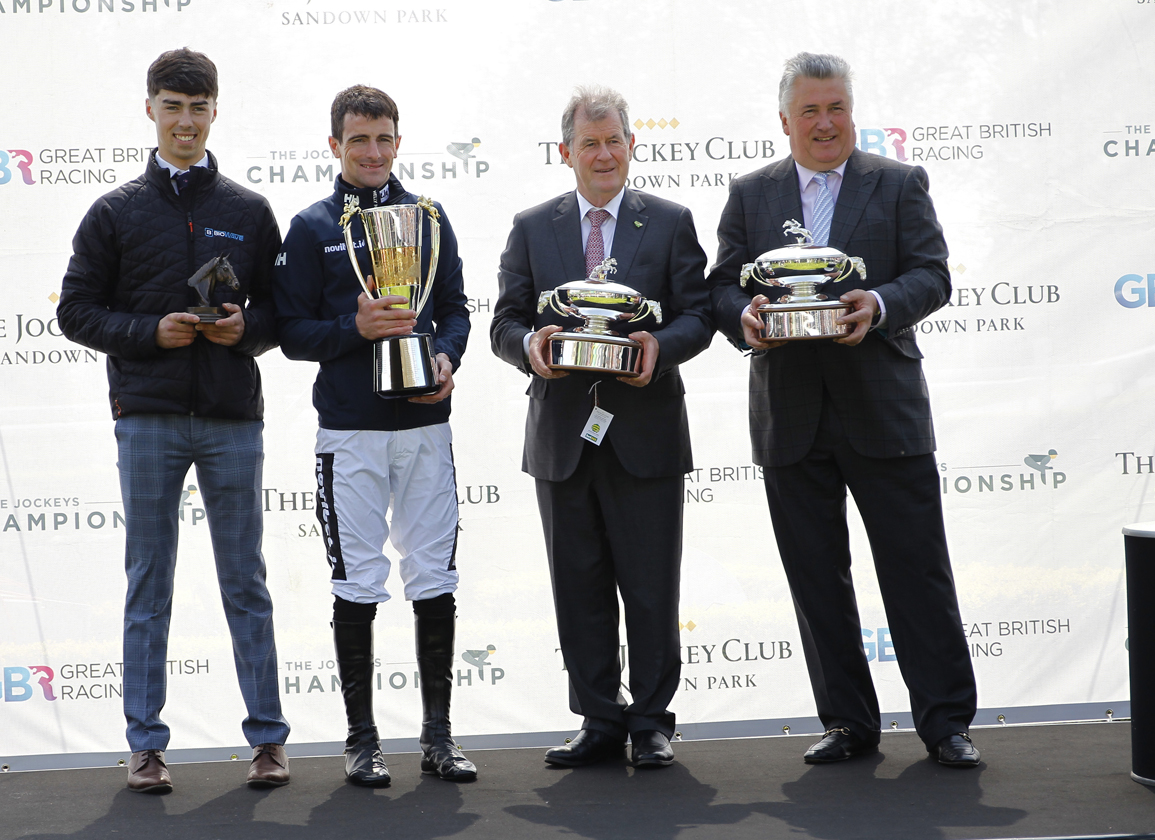 The 2021/22 UK Jumps Champions were crowned during the bet365 Jump Finale at Sandown Park on Saturday.

Brian Hughes, who became only the fourth NH jockey to ride a double century of winners in a season, was named the UK Champion Jumps Jockey for a second time. His win total sits at 204, 99 ahead of Sam Twiston-Davies in second.

Hughes, who won the title in 2019/20 said, “It is something at the start of the season I set out to try and do and it is great that it has come. I've never thought it was signed and sealed and I never wanted to let any sort of complacency set in. I just wanted to keep my head down and keep doing what I have done all season, so I haven't ever accepted that it was happening until it did.”

“It's been tougher [to win the big races] this year but every year is tough. In recent years I've either been neck and neck with Willie [Mullins] or Nicky, but this year it's a bit more relaxed and I can enjoy the day,” said Nicholls.

“I knew we were going to be quiet at Cheltenham but we had a good Aintree with some nice winners there and the horses are flying again now.

“I might have turned 60 recently, but there are absolutely no thoughts from me about retiring. I love what I'm doing and as long as I'm fit and healthy, I've no plans to cut back–I love it.”