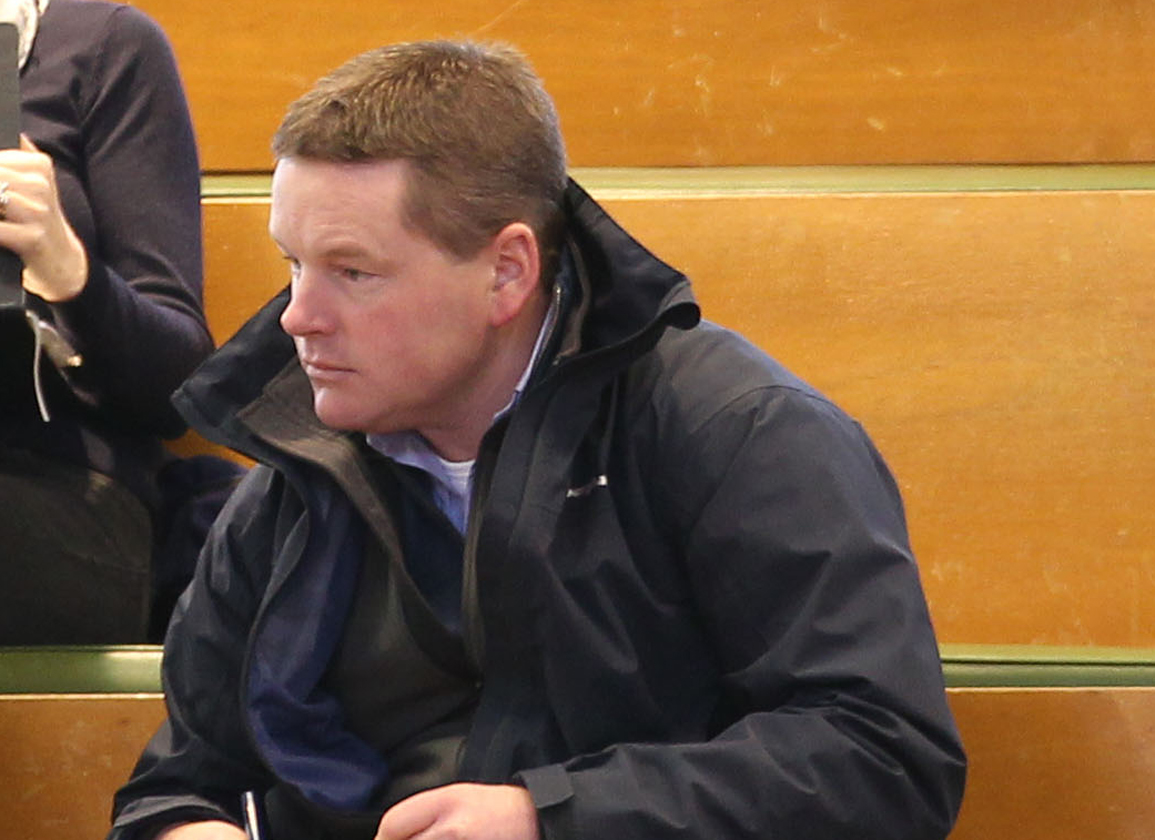 Paddy Twomey has admitted that the disqualification of Rosscarbery (Ger) (Sea The Stars {Ire}) from third spot in Sunday's Alwasmiyah Pretty Polly S. after her rider Wayne Lordan weighed in 5lbs light took the gloss off the fact that he recorded his first Group 1 success in the race with La Petite Coco (Ire) (Ruler Of The World {Ire}).

The trainer described himself as “disappointed and upset” that Rosscarbery, supplemented for the Curragh Group 1 at a cost of €30,000 to the filly's owner Robert Moran, missed out on prize-money and valuable black type due to what he described as an Irish Horseracing Regulatory Board (IHRB) error.

Twomey believes that the finger of blame points to the clerk of the scales who, according to the trainer, told Lordan that he was 5lbs too heavy upon weighing out.

As a result, 5lbs of weight was taken out of the saddle cloth and Twomey is convinced that the same saddle that Lordan weighed out in was the one that returned to the weigh room after Rosscarbery ran a career-best to finish third behind her stablemate.

Twomey told TDN Europe on Monday, “I am very disappointed and upset over Rosscarbery being disqualified from finishing third in a Group 1. She is a filly on the up and what happened on the day was clearly an error on the part of the clerk of the scales. I am very upset by it.

“I enjoyed winning my first Group 1 but all I could think about for three or four hours afterwards was losing third in a Group 1. It has been referred to the IHRB and that's the latest.”

He added, “Robert was very sporting in supplementing the filly and she justified that decision by finishing third. Through no fault of the filly's, the owner's, the trainer's or the jockey's, she didn't get the chance to collect the prize money or the Group 1 black type that she deserved.

“He spent €30,000 to run this filly and never had the chance to earn that money back due to an error that was made by the clerk of the scales.”

It was just last month that Moran, speaking exclusively to TDN Europe, revealed that he contemplated wrapping up his ownership vehicle in Ireland after a number of bad experiences left him demoralised with racing.

Although Moran couldn't be contacted on Monday, Twomey explained how the American-based owner never had a chance of recouping the €30,000 stumped up to run Rosscarbery on Sunday, which bears the brunt of the frustration within the camp.

Twomey said, “We spoke at Limerick a couple of weeks ago and I told him [Moran] that I was thinking of supplementing. I changed my mind last Tuesday morning but, at two minutes to 12 [the latest supplementary stage], I put her in.

“I rang Robert at a minute past 12 to tell him I had spent €30,000 supplementing the filly. He said, 'that's fine,' so for Robert to be sent out without a chance of recouping that money is something that really upset me.”

Had Rosscarbery not been disqualified, she would have covered the cost of running in the Pretty Polly, with €30,000 on offer for finishing third. Instead, the Ger Lyons-trained Thunder Kiss (Ire) (Night Of Thunder {Ire}) picked up the third-place prize money and black type while Rosscarbery left empty-handed.

Niall Cronin, communications manager for the IHRB, would not offer further comment on Monday.

Speaking immediately after racing on Sunday, he said, “Wayne Lordan weighed out at 138.1lbs and weighed back in at 133.5lbs.

“As a result there was an inquiry into the weighing-in procedures of the third-placed horse. As per rule 231, section 1, the horse had to be disqualified. The stewards have referred the matter on for further investigation. Mr Twomey is aware of that.”

Given the extensive ramifications the disqualification has to Rosscarbery's residual value as a broodmare, TDN Europe understands that Twomey and Moran are prepared to pursue legal options should their filly not be reinstated as the third home in Sunday's Group 1.

Speaking about future plans for Rosscarbery, and what it meant to notch a breakthrough Group 1 with La Petite Coco, Twomey said, “We know that 1m2f is a little on the sharp side for Rosscarbery and she'll be even better over 1m4f and should even get 1m6f.

“She proved she belongs at Group 1 level and we're going to have to map out a campaign for the second half of the season now. Hopefully we can win a Group 1 with her and, all of those races that Coco can run in, she could also. The likes of the G1 Champions Fillies & Mares S. at Ascot could also suit. She's very versatile.”

He added, “I couldn't see anything beating La Petite Coco yesterday to be honest. When you can't get it done [first Group 1] for a while, it seems far away, so it was nice to  get that under our belt.”