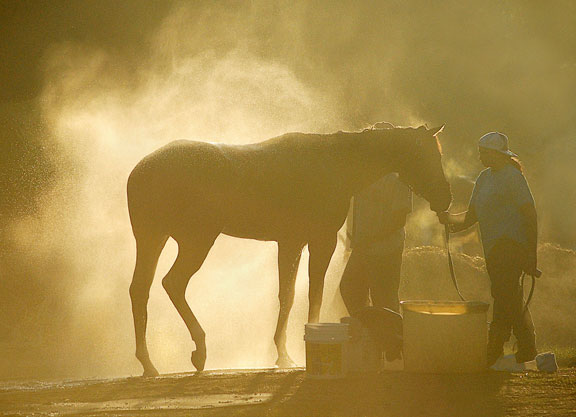 Two licensed grooms were arrested Thursday on felony charges of cocaine possession and intent to sell after a police investigation of the Saratoga Race Course backstretch.

According to the Times-Union, the employees have worked for trainer Charlton Baker, who is not implicated in any criminal activity.
Hidalgo and Montesdecoa-Aguilar have been arraigned in Saratoga Springs City Court and held without bail, according to police.