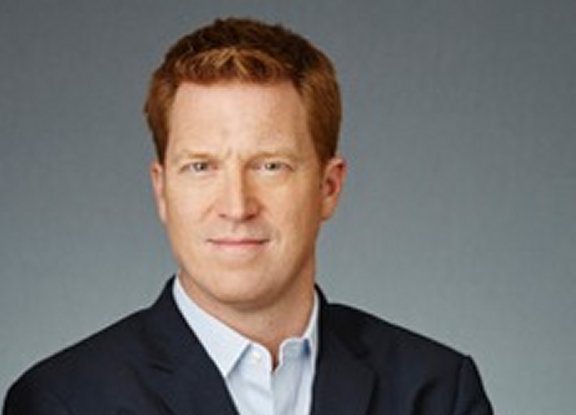 Sports betting programming on Sundays is coming to TVG in time for this weekend’s opening slate of National Football League games.

TVG, which broadcasts horse races to some 40 million United States homes on two networks, announced Sep. 6 that the 10:00 a.m. to 1:00 p.m. Eastern slot Sundays will now be filled by both a syndicated show and exclusive TVG-produced content that aims to blend sports wagering, fantasy gaming, and horse betting.

International horse races that are traditionally shown on TVG during that Sunday morning time slot will now shift to TVG2.

Although the immediate effect on racing coverage seems minimal, the programming move begs the long-range question of what the future programming balance on TVG will look like as sports betting continues to become legalized across the country.

TVG is an affiliate of FanDuel Group, one of the largest online gaming companies in the United States. Legal betting on sports nationwide is soon expected to dwarf the Thoroughbred industry’s roughly $10 billion annual American handle as more and more states sanction sports wagering. Will TVG’s programming follow the money?

Kip Levin, CEO of TVG Network and COO of FanDuel Group, underscored to TDN in a Thursday phone interview that racing coverage “is not going to change dramatically” in the near future. He acknowledged that the network faces a tough balancing act in trying to please existing racing customers while also branching out into new and potentially lucrative ventures.

“Racing remains our core focus,” Levin said. “We view this as step one into trying to wrap other sports-betting programming around [racing content] to bring a new, younger audience to TVG and horse racing.”

Beginning at 10 a.m. Eastern this Sunday, TVG will debut “The Barstool Sports Advisors,” a syndicated 30-minute show that will examine Sunday pro football games “in a way that only Barstool Sports can deliver,” according to a TVG press release.

That show will be followed by a separate 30-minute show exclusive to TVG titled “The Barstool Sports Advisors After Show.” Those programs will be hosted by Barstool Sports personalities Daniel “Big Cat” Katz, Stu “The Source” Feiner, the pseudonymous “PFT Commenter,” and Dave Portnoy, who founded Barstool.

The Barstool programming will lead into a new TVG-produced two-hour studio show dubbed “More Ways to Win,” whose aim will be to “prepare viewers for Sunday’s games and races with a mix of football news, sports betting information, fantasy news, and live data integration [to] translate the news of the day into actionable items for sports betting and fantasy consumers,” according to TVG.

“More Ways to Win” will be hosted by former ESPN and SportsCenter anchor Lisa Kerney and will feature live reports from the FanDuel Sportsbook at the Meadowlands Racetrack provided by veteran TVG host Dave Weaver. Jason McIntyre of FOX Sports will give sports betting analysis, and Brandon Funston of The Athletic will provide sports fantasy gaming insights.

“We didn’t want to create pre-game programming that looks like all the other pre-game programming that was out there,” Levin said. “Some of the other networks are going to delve into a little bit more about betting. But we’ve always been 100% about betting. And the strategy, from day one, will be to introduce the sports betting audience to horse racing”

The Barstool partnership is a bit of a gamble for TVG because Barstool occupies a popular, but controversial niche within sports media.

Barstool produces comedy/sports content via broadcasts, podcast and blog postings, and its brand of humor tilts toward debauchery and is often delivered with an un-politically correct slant and an inflammatory emphasis.

In October 2017, ESPN, citing a need to distance itself from Barstool’s “offensive and inappropriate” comments about women, abruptly cancelled a programming partnership with the company after just one airing of a 1:00 a.m. show called “Barstool Van Talk.”

“They’ve got a massive audience. They’ve got a unique platform that has been built up over the years,” Levin said. “We’ve done marketing partnerships with them before. Their founder, Dave Portnoy, owns horses and is into racing. And I think he’s done some work over the last couple of years to introduce racing to his massive audience. We think this just takes that a step further.”

Levin continued: “They’ve been pretty consistent with their content since the day they were founded. In the process, they’ve built a massive audience, so I think that was our primary motivation [for partnering with them]. We’re doing this a view toward ‘Can we bring in a new audience?'”

By contrast, the TVG-produced “More Ways to Win” will allow the network to set the tone for the blending of sports betting and horse racing in this newly evolving programming landscape, and Levin said he is looking forward to the work-in-progress challenge of getting the right mix.

“It’s going to be kind of a Bloomberg or CNBC styled NFL preview show,” Levin said. “And what we’re really excited about from a racing perspective is that within the last 30 minutes of that show, we’ll go back and forth between NFL game previews and racing as it starts on the East Coast. We will mix it in, and we’re going to introduce this new audience that we’ve brought in to racing.”