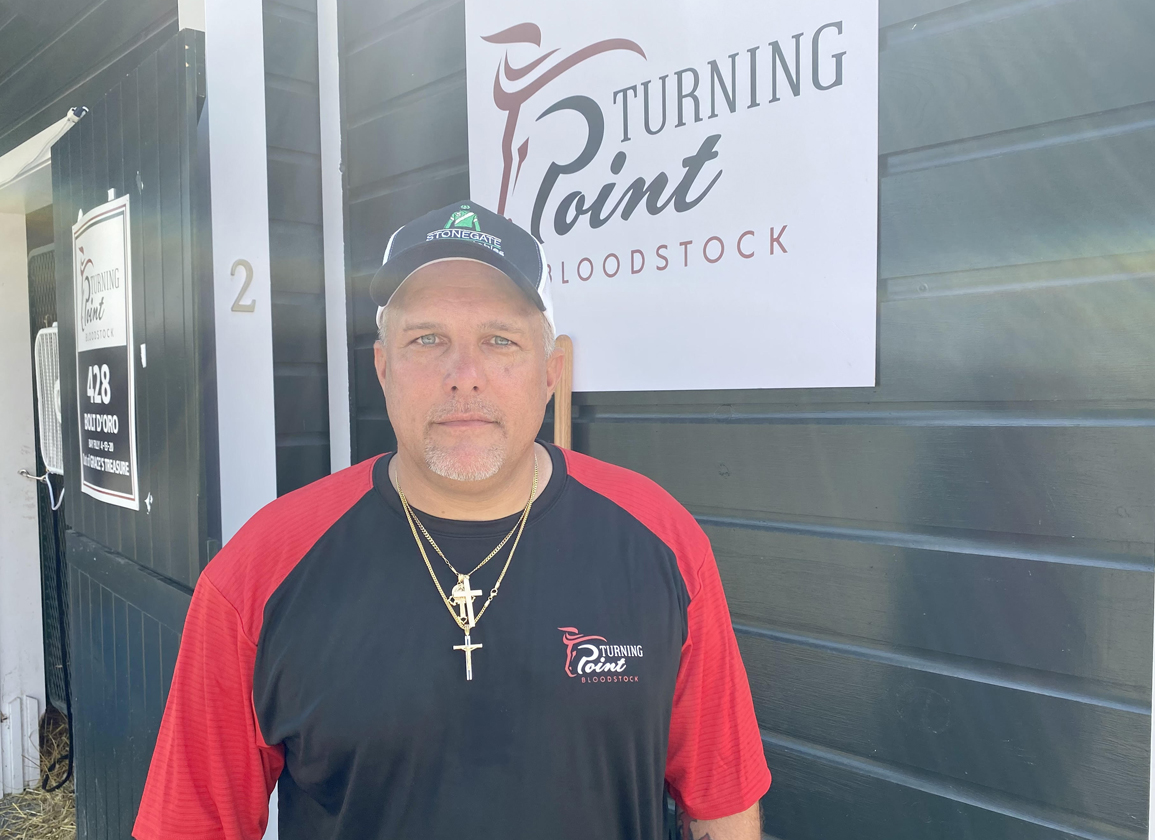 A new consignment is making its debut this week at the Fasig-Tipton New York-Bred Sale. Turning Point Bloodstock, founded by New York horsemen Bill Johnson, has 12 yearlings prepared to go through the ring on Aug. 15 and 16.

Johnson has owned and operated Stonegate Stables, located about 15 miles from Saratoga Springs in Fort Edward, since 2007. For the past three years, he has been mentored by bloodstock agent and veteran Fasig-Tipton consignor Harry “Chip” Landry in preparation for going out on his own as a consignment.

“We had a lot of clients from our farm saying they wanted me to do this, so we're giving it a go,” Johnson said. “Our farm has grown pretty dramatically in the past five years. We foaled 52 babies this year, with a good mix of Kentucky-sired horses and New York-sired horses. That's why we have such a big group coming for this sale. Our clients have really stepped up in the game and started breeding at a higher level.”

Johnson said that almost all of the yearlings at his consignment this week were foaled, raised and prepped at his Stonegate Stables, adding that he is excited by the diversity his consignment's first roster has to offer.

“If you have a sire type, we've basically got it,” he said. “If you like them grass or dirt, long or short, tall or small, we've got it here. [Fasig-Tipton Account Executive] Peter Penny has been coming out consistently to see our horses and he's been very useful in gearing us towards what they think buyers are looking for.”

Johnson said that as buyers begin to sift through the catalogue, one of their most popular offerings has been Hip 523, a colt by red-hot young sire Nyquist. The youngster is the first foal out of the winning Honor and Serve mare Pursuing Justice, who is herself a daughter of Grade II winner and stakes producer Seeking the Ante (Seeking the Gold). The family also includes three-time Grade I winner Antespend (Spend a Buck).

“The Nyquist colt has drawn a lot of attention,” Johnson said. “He has a big walk on him and a lot of action in his movement. People in New York are looking to find sires like that here.”

He said another popular yearling from their consignment has been Hip 428. The filly is a daughter of Bolt d'Oro, whose first crop made a major splash at the Fasig-Tipton Saratoga Selected Yearlings Sale earlier in the week. She is also the first foal out of stakes winner Grace's Treasure (Rockport Harbor).

“She is certainly a looker and looks to be very fast,” Johnson said.

Johnson spoke on the plans for his consignment for the rest of the year.