Turfway Not Willing to Go Away Without a Fight 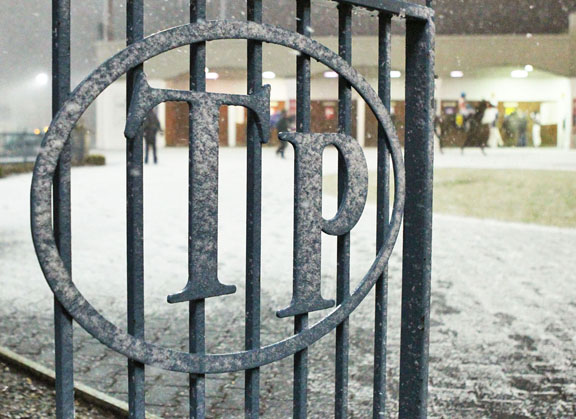 Churchill Downs may have its eye on the racing dates traditionally given to Turfway Park, but the company that still owns Turfway said in a statement Friday that it is committed to maintaining the status quo so far as dates are concerned.

Churchill announced Thursday that it would ask the Kentucky Horse Racing Commission to grant it the dates that had traditionally gone to Turfway. Rather than buy Turfway and keep it open, Churchill said it would build a new track in the Northern Kentucky area called New Latonia Racing and Gaming. The track would include Historical Horse Racing machines (HHR), which have proven to be successful at tracks throughout the state. However, Turfway has not installed any machines and many believe the reason is because it does not want to hurt business at a casino in Cincinnati owned by its parent company.

All Kentucky tracks were required to submit their application for 2020 dates to the Kentucky Horse Racing Commission Friday.

Turfway is currently owned by JACK Entertainment, but is in the process of being sold to Hard Rock International. The sale involves a package deal of the racetrack and the casino, currently called JACK Cincinnati Casino.

In a statement released Friday, Mark Dunkeson, Chief Executive Officer of JACK Entertainment, said both his company and Hard Rock remain committed to operating racing at Turfway and installing HHR at the track.

“Following a lengthy competitive bidding process with a number of local and national companies, JACK Entertainment has been in the process of selling Turfway Park to Hard Rock International, a renowned brand and leader in the gaming and entertainment industry across the globe, since early April. The track submitted its annual application for the dates that have been historically been granted to Turfway Park in July of this year,” Dunkeson said. “Hard Rock has committed to regulators and Kentucky leaders to investing over $100 million into improving Turfway Park including the addition of historic racing machines, building race purses and significant enhancements to the racing business. Once these improvements are completed, Turfway will be an exceptional facility that is well positioned to carry on its rich history of thoroughbred racing while becoming an entertainment attraction for all of Northern Kentucky.”

Throughout the statement, Dunkeson made it clear that Turfway has no intention of simply closing down and going away.

“We are shocked and thoroughly disappointed by Churchill Downs' recent attack on Turfway Park, which has been a significant part of the Northern Kentucky community for over 60 years,” he said. “JACK Entertainment and Hard Rock International will jointly defend the long-standing race dates that have regularly been awarded to Turfway Park and contest the inappropriate actions of Churchill Downs and their attempt to disrupt the Northern Kentucky racing community.

“Churchill Downs' purported plan to relocate the 2020 winter racing dates to Louisville serves only the best interests of Churchill Downs as part of their desire to restrict competition within the Kentucky racing market for their own financial gain by interfering with the Turfway sale and blocking the Turfway enhancements without regard for the economic opportunity for Florence and Boone County or the traditional racing circuit.”

If Churchill were granted the dates it would have to conduct winter racing in Louisville while waiting for the new track to be built. Dunkeson pointed out that racing over a traditional dirt track in the winter at Churchill versus the synthetic surface at Turfway could cause problems.

“In addition to being a mainstay of the Kentucky racing circuit, Turfway Park's racing surface is specifically designed to run during the winter months and provides one of the safest environments for our human and equine athletes,” he said.

By law, the KHRC must award the dates for each following year by Nov. 1. No commission meeting was scheduled Friday and the next one on the docket is not until Oct. 15. At that time,

the KHRC will likely hear arguments from all sides before rendering its decision on or before Nov. 1.

Then known as Latonia, Turfway Park opened in 1959.